The killing of George Floyd in May 2020 resulted in a massive surge of Black Lives Matter protests focused on police racism. While the four officers who stopped Floyd were racially diverse, a new study suggests that demographic differences in policing can produce notably different results.

Black officers in the Chicago Police Department are less likely to use force than their white counterparts. That’s the conclusion of a new study published February 11 in Science, based on three years worth of data.

The study finds a number of discrepancies between racial and gender groupings within the Chicago Police, including that women are less likely to use force against men, and that “relative to white officers, Black and Hispanic officers make far fewer stops and arrests, and they use force less often, especially against Black civilians.” 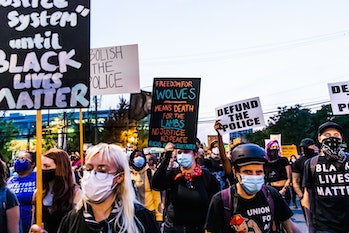 Why it matters — The authors of the study write that they chose Chicago as a case study because among major police departments across America, “it is arguably one in which reform has historically been sorely needed.”

Like many cities across the country, in 2020 the streets of Chicago were regularly filled with protesters calling for an end to systemic racism, and even defunding the police. While focused exclusively on Chicago, the study offers some methods that could inform the large scale reform of other police departments across America.

Here’s the background — As the study authors make clear, Chicago is perhaps the perfect case study.

From torturing of suspects for decades to the killing of Laquan McDonald in 2014, calls for reform in the CPD have been widespread. Since January 2019, the police department has been under a court order known as a consent decree, which is described as a means of establishing an “enforceable plan for sustainable reform.”

The CDP has missed over 70 percent of its consent decree-related deadlines so far, officials remain optimistic about an upcoming new report on its compliance. 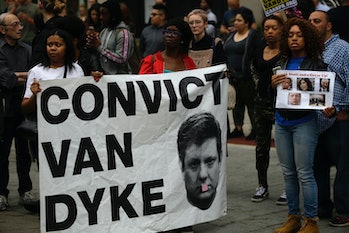 What they did — For this study, the team filed a series of open-record requests with the Chicago police, the city’s Department of Human Resources, and the Illinois Office of the Attorney General. Bocar Ba, an assistant professor of economics at the University of Chicago, is one of the authors on the study. At a press briefing to discuss the findings, he explains the data “described when and where patrol officers of various demographic profiles were assigned to work and how they behaved during that shift.”

Specifically, these behaviors include:

The data were collected over the course of three years, from 2012 through 2015 — a year where the FBI said Chicago had the highest violent crime rate of America’s three largest cities. 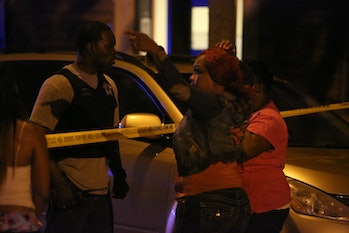 Ba says it was crucial to find direct, apples-to-apples comparisons among officers to understand how officers from different demographics acted when faced with similar circumstances.

“Black and white police officers are deployed in very different circumstances,” he notes.

“For example, Black officers in Chicago work in more violent neighborhoods, so if we just compare them to officers working downtown, it might seem like they use force more often.”

In fact, Black officers work in areas of Chicago with “47 percent higher per-capita violent crime” than their white and Hispanic counterparts, according to the study. Black officers are also far more likely to work in mixed-race areas of Chicago, which is notable given the city’s long history of racial segregation.

Digging into the details — The study broke down police data into what co-author Roman Rivera, a Ph.D. student in economics at Columbia University, referred to at the same press briefing as “MDSBs” — month, day of the week, time of their shift, and the location of their beat.

The team then computed the average difference in the number of times police officers of any given demographic made stops, arrests, or used force against civilians.

Rivera explains the team’s hypothesis thus: “What is the average difference in enforcement activity that we can expect when deploying an officer of Group A versus Group B to work in the same circumstances?” 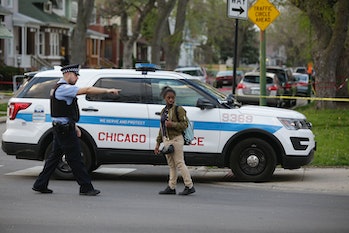 Looking at data of comparable working conditions over 100 shifts, the researchers found Black officers make 15.16 fewer stops and 1.93 fewer arrests than white officers on average. They also use force 0.10 fewer times than white counterparts, on average.

“Each of these represents a 20 to 30 percent reduction relative to the average stops, arrests, and uses of force that white officers do citywide. So they’re quite substantial,” Rivera says.

Interestingly, the data suggest female officers in Chicago make fewer arrests than their male counterparts, equating to an almost “30 percent reduction relative to the average amount of use of force men do while working,” Rivera says. 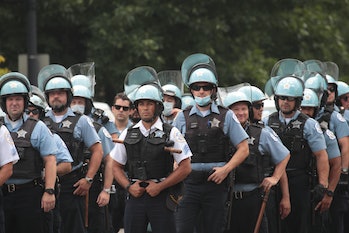 In an email to Inverse, Don Terry, a spokesperson for the Chicago Police Department, says the Department is committed “to treating all individuals with dignity and respect.”

“Ensuring that our officers reflect the diversity of Chicago’s communities is critical to public safety and constitutional policing.”

“As part of our ongoing reform efforts all officers are also required to undergo implicit bias training as part of annual in-service training,” Terry says.

What we don’t know — Dean Knox, a co-author of the study and assistant professor of Operations, Information and Decisions at the University of Pennsylvania, emphasized at the same briefing this study “is not a direct test of racial bias on the part of police officers.”

Racial bias could be an explanation for the results, Knox says, but the team “could not directly evaluate” that possibility with the data at hand.

Similarly, the study is focuses on the Chicago Police Department, and cannot evaluate how other police departments operate.

“It’s going to be important for scientists to collect similar data and repeat these analyses elsewhere,” Knox says. “What our paper offers is a roadmap on how to do that.”

Fostering diversity is a vital part of reducing the sort of exclusionary practices that historically have mutated into legitimate, criminal injustices.

An Illinois politician is proposing a ban on games like Grand Theft Auto after drawing a link to a rise in carjackings and other recent crimes.

One of Nintendo’s stores in New York City is vandalized during a protest, as tensions continue to build between US law enforcement and protestors.

David Simon & George Pelecanos, who worked together on The Wire, will return to Baltimore in new HBO series about the Baltimore Gun Trace Task Force.