In today’s top story, one small purchasing choice when buying plastic can make a massive impact. But first, today marks the first time people were introduced to the concept of logging on.

Throughout the 1980s, British engineer Tim Berners-Lee had envisioned using the idea of hypertext — linked text on a computer — as a means for researchers to share information among themselves. By 1989, when he was working at the European particle physics lab CERN, he was convinced hyperlinks could work with the Internet.

CERN was the largest Internet node in Europe at the time, and Berners-Lee assembled a team to develop the project. On this day, in 1991, that team presented their concept for an Internet browser, which they called the “WorldWideWeb.” The presentation, which is still available online, described a “distributed information system covering a wide range of uses.” At this point, it’s fair to say mission accomplished.

Our question of the week is about a video-game series Inverse has played for decades. Ganon, the triforce, Hyrule. Icons, one and all. We’re enthusiastically celebrating the 35th anniversary of Zelda and would love you too join in. Which Zelda game is your favorite? Vote in our poll via our Google form.

This is an adapted version of the Inverse Daily newsletter for February 26, 2021. Subscribe for free and earn rewards for reading every day in your inbox.

NASA is going back to the Moon. The sprawling Artemis Program, which eventually aims to land astronauts on Mars, first has to establish a basecamp on Earth’s only natural satellite. The goal is to create a sustainable habitat for astronauts, both as a place to do research and as a pitstop on the journey from Earth to Mars.

That all sounds well and good, but what will a lunar base actually look like? NASA is working on the designs, and Inverse has a sneak peak of what you can expect.

What they’re saying: “It’s such a dramatic terrain down there.” — W. Brent Garry, a geologist at NASA’s Goddard Space Flight Center

How NASA will make the Moon livable →

Shooting star — Where is Starman? Tesla Roadster embarks on third — loneliest — orbit around the Sun

When you send a car into space, it stays there. So it is true for Elon Musk’s “Starman” Tesla Roadster, which the Tesla CEO sent into the great unknown in 2018. The car made headlines when it launched into space aboard a Falcon Heavy, the first flight for the world’s most powerful operational rocket.

And now, the forsaken vehicle has reached a new milestone in its solo voyage.

What they’re saying: “[I] hadn’t realized [it] was going to happen so soon.” —Ben Pearson, the WhereIsRoadster website’s creator on the big moment for the Roadster, to Inverse.

Starman, waiting in the sky →

Nobody wants to get catfished. And honestly, maybe this animal-related name should be retired. There’s an animal far more deceptive than the humble catfish when it comes to acquiring partners.

A study published this week in the journal Current Biology shows male lyrebirds, a type of songbird, use complex vocalizations to trick females into mating.

How complex? Well, let’s just say male lyrebirds are like the Elvis Presley of deception, the Lady Gaga of liars, the Pavarotti of perjury. They are able to recreate sounds which indicate to other lyrebirds that predators are on the hunt, terrifying female lyrebirds.

But the female lyrebirds are becoming wise to the ruse. Learn about what scientists are calling a “coevolutionary arms race.”

What they’re saying: “Astonishingly, males only mimic a mobbing flock in two contexts: when a potential mate tries to leave a displaying male without copulating, or during copulation itself.” — Anastasia Dalziell, a researcher in the Cornell Lab of Ornithology

This ain’t a bird call, it’s a goddamn arms race →

The songs. The magic. The trauma. What else could it be, but WandaVision? Marvel’s first faring for Disney+ is the first smash TV hit of 2021, and Inverse has covered every theory, leak, and Easter egg with our typical obsession. When you’re all caught up on the latest episode, make sure to check out Inverse‘s coverage that has made everyone sing it was Agatha, all along.

The technology is also your Google search history.

What they’re saying: “During the discussions with submarine fiber engineers from Google, we started to realize that it might be possible to just use regular telecommunication signals to monitor earthquakes.” —Zhongwen Zhan, assistant professor of geophysics at the California Institute of Technology, to Inverse.

Who knew your search history could do this? →

PET project — Which plastic bottle size is worst for the environment? Study reveals a surprising answer

You’ve probably used polyethylene terephthalate, otherwise known as PET, without even knowing it. The material makes up one-use plastic bottles, the type that house soda and water at baseball games and music festivals, for example.

PET is recyclable, but most of it ends up in the trash. That’s why scientists are trying to figure out what sorts of PET bottles are the most “efficient” — that is to say, which size bottle gets the most drink to you with the least amount of plastic. Smaller bottles, it turns out, have an absolutely horrible efficiency rating. The team behind this study ran a hypothetical looking at how much plastic could be saved if just 20 percent of small plastic bottle sales went to medium-sized bottles instead, and the numbers were stunning.

What they’re saying: “Every bottle needs a certain amount of plastic for the neck and lid, and that amount is somewhat constant regardless of the size of the bottle.” —Rafael Becerril Arreola, an assistant professor of Marketing at the University of South Carolina, to Inverse.

Take this story next time you go shopping →

And if you’re looking for more, check out our recommendation for the best alien abduction movie on Netflix.

Categories: Environment, Internet Culture, NASA
Tagged: Anastasia Dalziell, available online, CERN, Easter egg, Falcon Heavy, Follow me on Twitter, How NASA will make the Moon livable, Inverse Daily, it's a goddamn arms race, leak, made headlines, new study, On this day, our Google form, our recommendation, plastic, Rafael Becerril Arreola, solar flares, songbird, Starman, study, Subscribe for free, Take this story next time you go shopping, theory, This ain't a bird call, This animal uses a brutal catfishing method to entice sex, This is what the NASA lunar base camp will look like, Tim Berners-Lee, tsunamis, W. Brent Garry, waiting in the sky, Where is Starman? Tesla Roadster embarks on third — loneliest — orbit around the Sun, Which plastic bottle size is worst for the environment? Study reveals a surprising answer, Who knew your search history could do this?, Your Google search history could help prevent natural disasters, Zhongwen Zhan

In a move that will likely reconstruct the stage of space science and geopolitical affairs on Earth, officials for Russia and China have announced that they are working together to develop a space station on the Moon, in its orbit, or both. 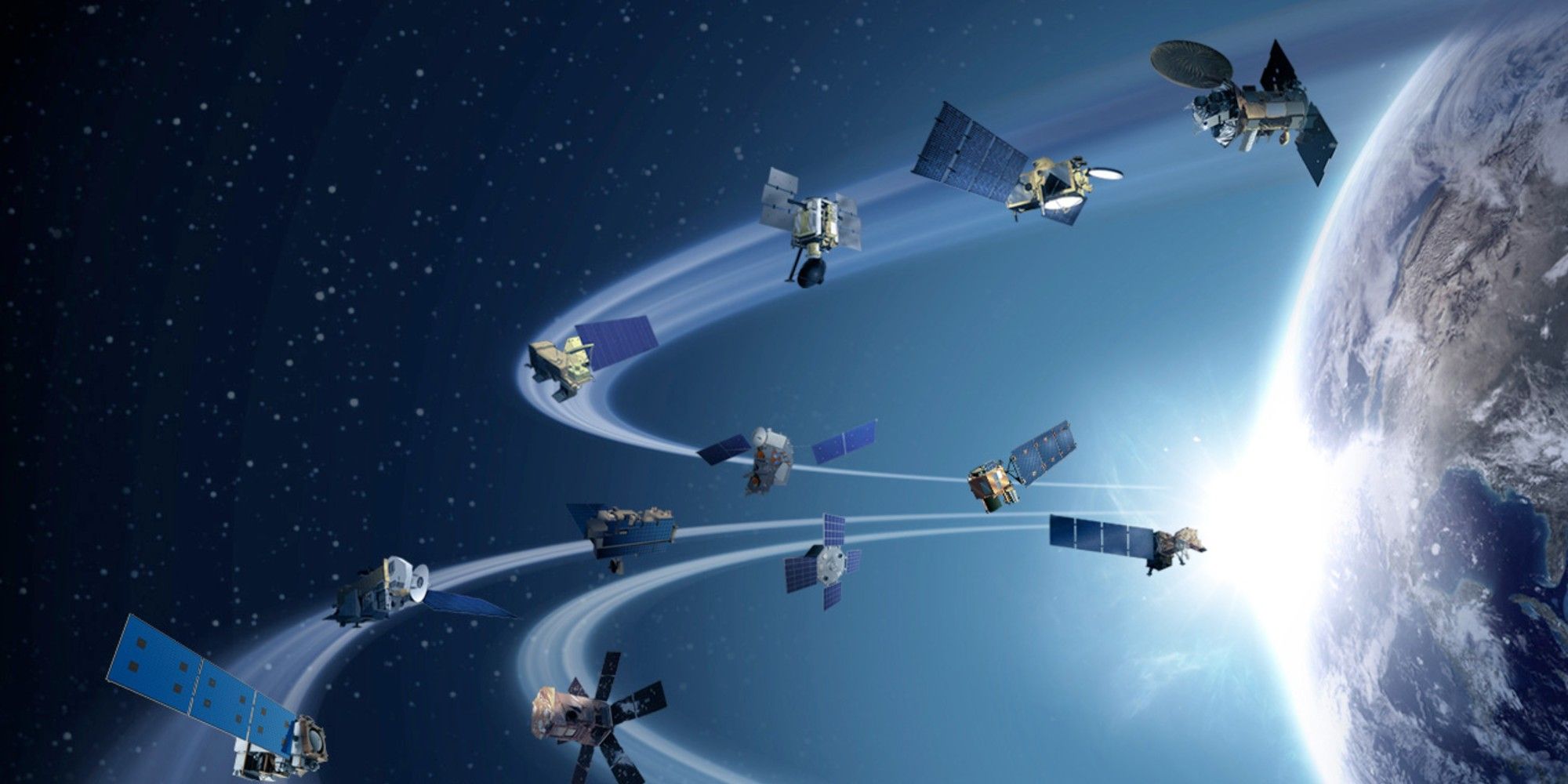 SpaceX and NASA have announced an agreement on space safety that will open communication channels to keep spacecrafts and Starlink satellites safe.

NASA’s Hubble Space Telescope has orbited Earth for more than 30 years — and it is showing its age. This weekend, it hit a stumbling block it’s yet to emerge from.