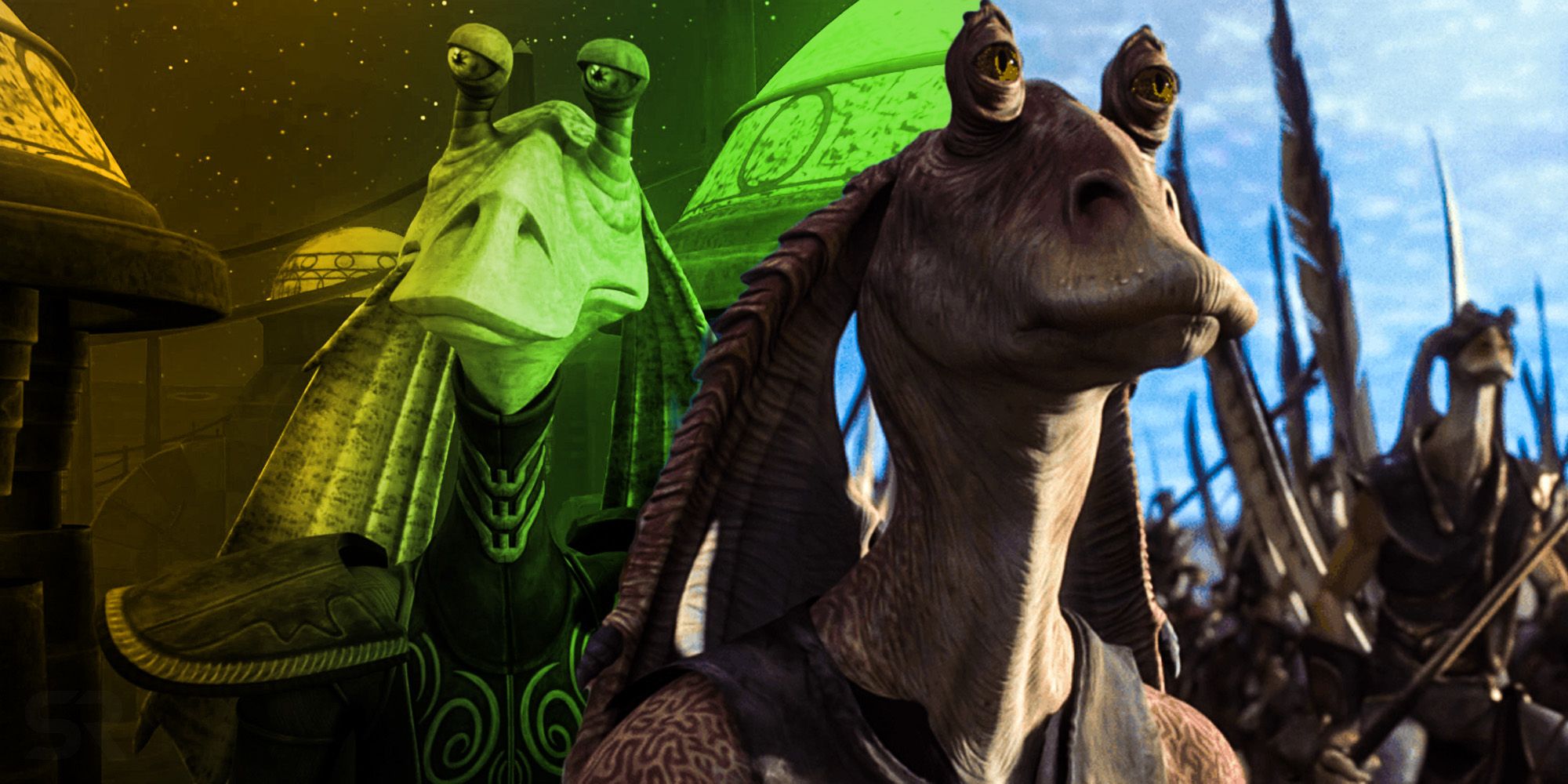 Jar Jar Binks and the Gungans are often reduced to a punchline, but one episode of Star Wars: The Clone Wars added a layer of sadness to the character. Jar Jar Binks debuted in Star Wars: The Phantom Menace, and was created with the intent of bringing some comic relief to the film. However, this backfired horribly. Jar Jar’s array of slapstick and bodily function-based humor were among the most-criticized elements of The Phantom Menace upon its release. The backlash was so intense that Jar Jar’s role was diminished in the following installments of the prequel saga, and he only had a non-speaking part in Revenge of the Sith. Nevertheless, the damage was done; Jar Jar Binks would be continuously cited as one of the biggest reasons why the prequels as a whole failed to please reviewers.

When Star Wars: The Clone Wars premiered in 2008, it was tasked with telling an enjoyable story set between two of the prequels. The characters and settings it would make use of already had negative connotations for much of Star Wars‘ established fanbase, and remedying these associations would not be easy. It was an unusual choice, then, for The Clone Wars not to follow Revenge of the Sith‘s strategy when it came to its most polarizing possible player. Surprisingly, it gave Jar Jar Binks a semi-recurring role, and even made him a central player in some storylines.

One such Gungan-centric arc spanned episodes 2 and 3 of The Clone Wars season 4, “Gungan Attack” and “Prisoners.” It featured some of Jar Jar’s more heroic moments, as he led the Gungan charge into an all-out war between aquatic species. At the same time, however, it offered an unfortunate reason for his erratic behavior. As an amphibious creature on land, Jar Jar was, quite literally, a fish out of water – a fact he received little empathy for. 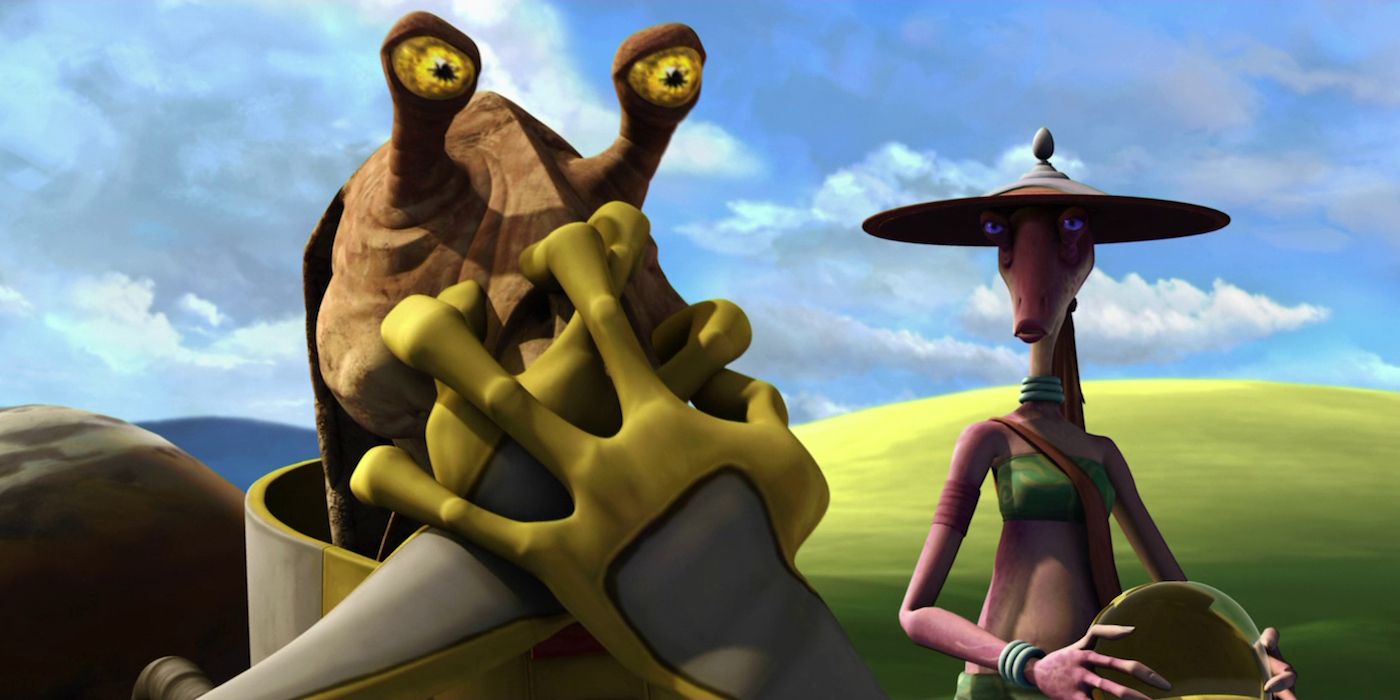 “Gungan Attack” and “Prisoners” tell the story of an attempted Separatist attack on the Mon Calamari system, and the efforts by the Jedi to stop it. The Karkarodon Riff Tamson incited a civil war between the Quarren and the Mon Calamari. The Mon Calamari were overwhelmed by the Quarren forces, but the Republic was unable to deploy their own Clone Troopers on the planet in time. Obi-Wan Kenobi suggested to call in the Gungans, who lived in aqueous pockets of the terrestrial planet of Naboo despite their amphibious nature. Jar Jar Binks urged the Gungan High Council to send in their troops, and followed the Gungan Grand Army to Mon Cala. There, the Gungans fought bravely on the underwater planet.

During the battle, the Gungans – and Jar Jar in particular – moved with almost out-of-character agility that showed how well adapted they were to water. After being cast out of Otoh Gunga, Jar Jar was known for his clumsiness on land, suggesting that his species was simply not meant to be spending so much time up there. Jar Jar’s exile from his underwater home world may have affected his coordination and cognition, leading to the bizarre personality that caused so many eye rolls. Jar Jar Binks’ awkward behavior may not have been inherent to the character, it was just the best he could do at the time, and he could have been capable of more if given the chance. In retrospect, this made his banishment and the other characters’ annoyance with him somewhat tragic. However, redeeming the Gungans represents only one of Star Wars: The Clone Wars‘ many strides towards repairing the legacy of the prequels through its strong writing and fleshed-out characters. 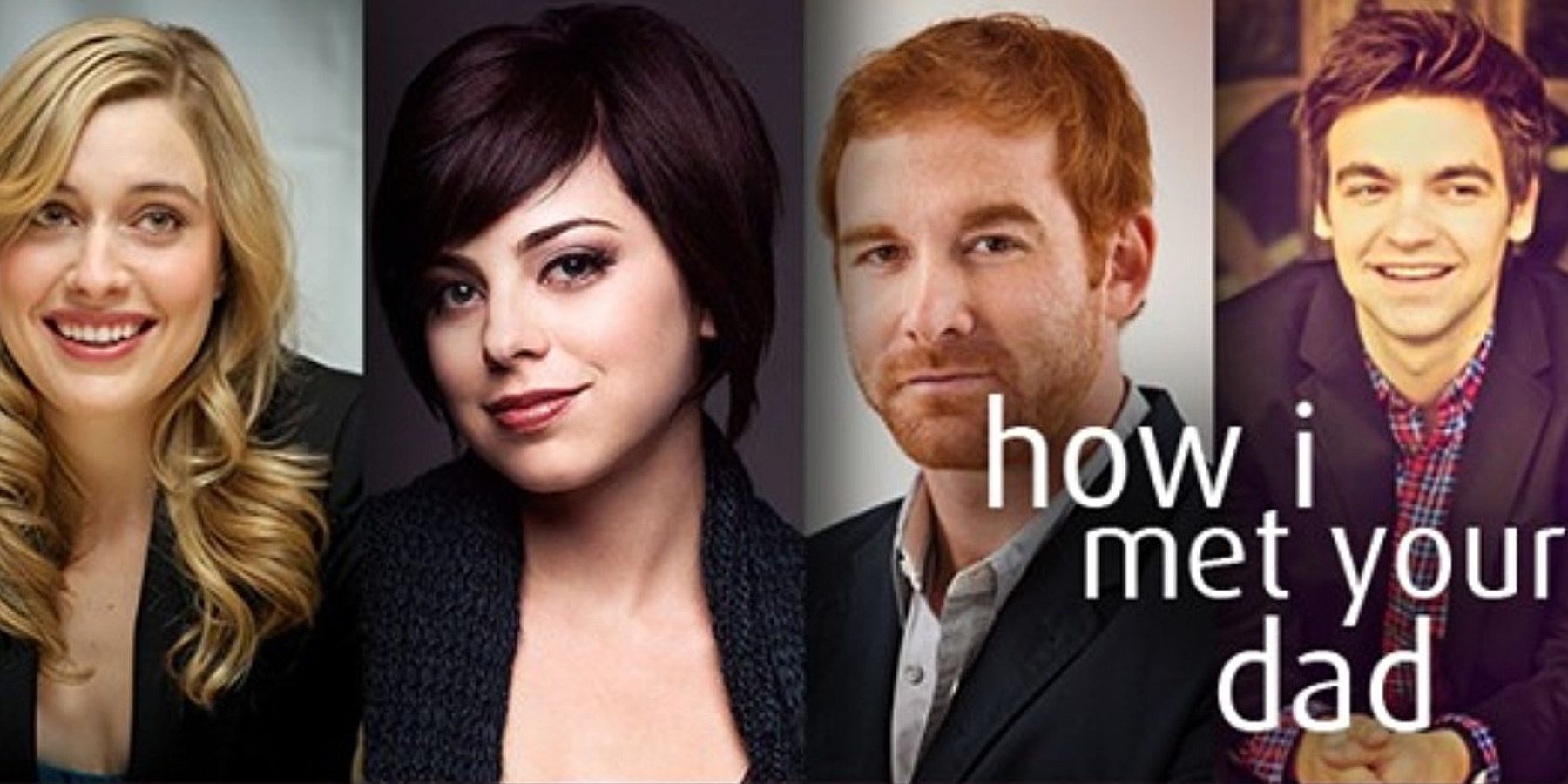 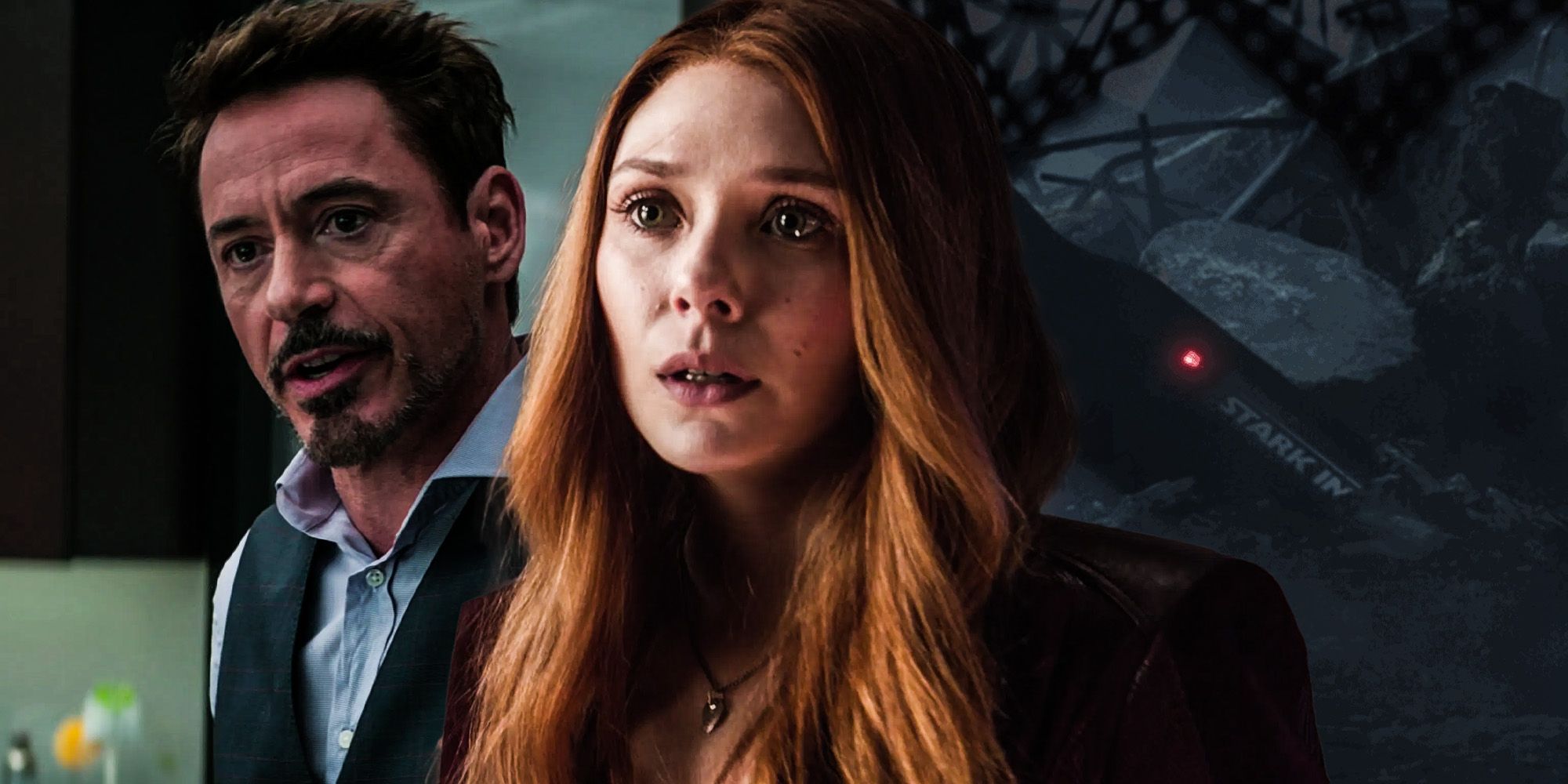 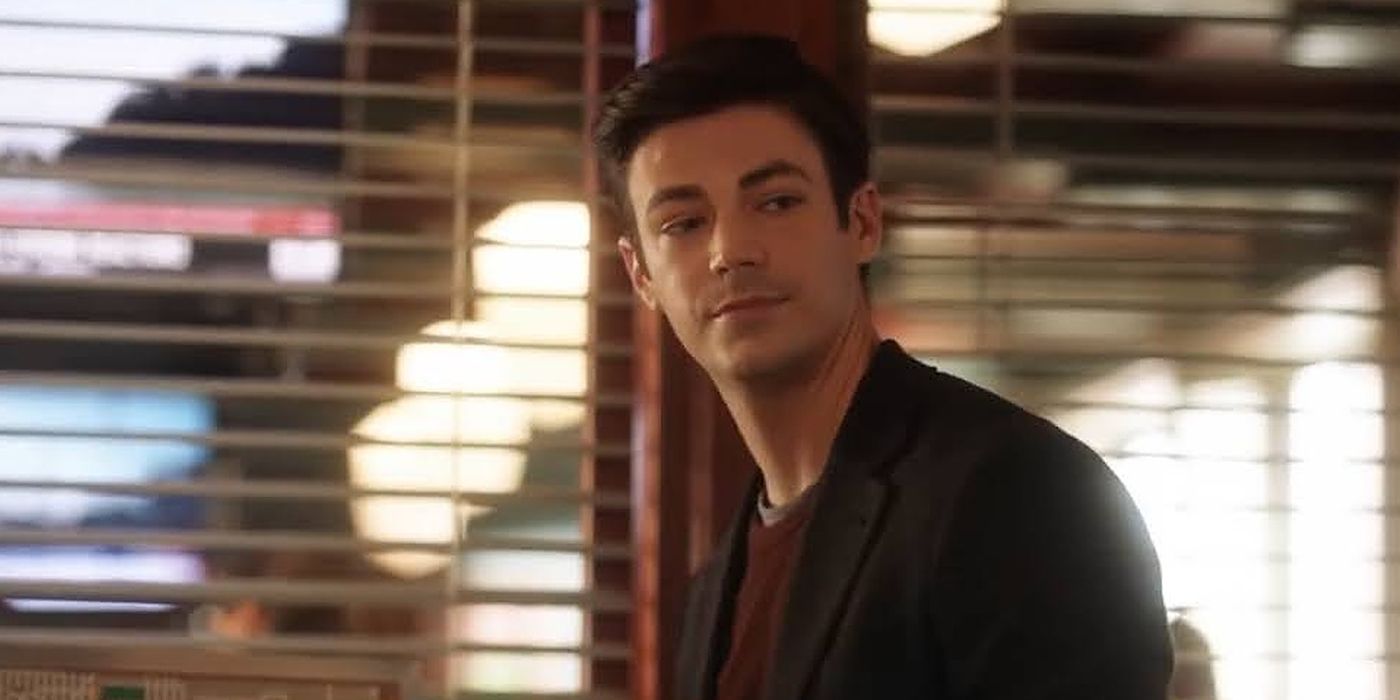 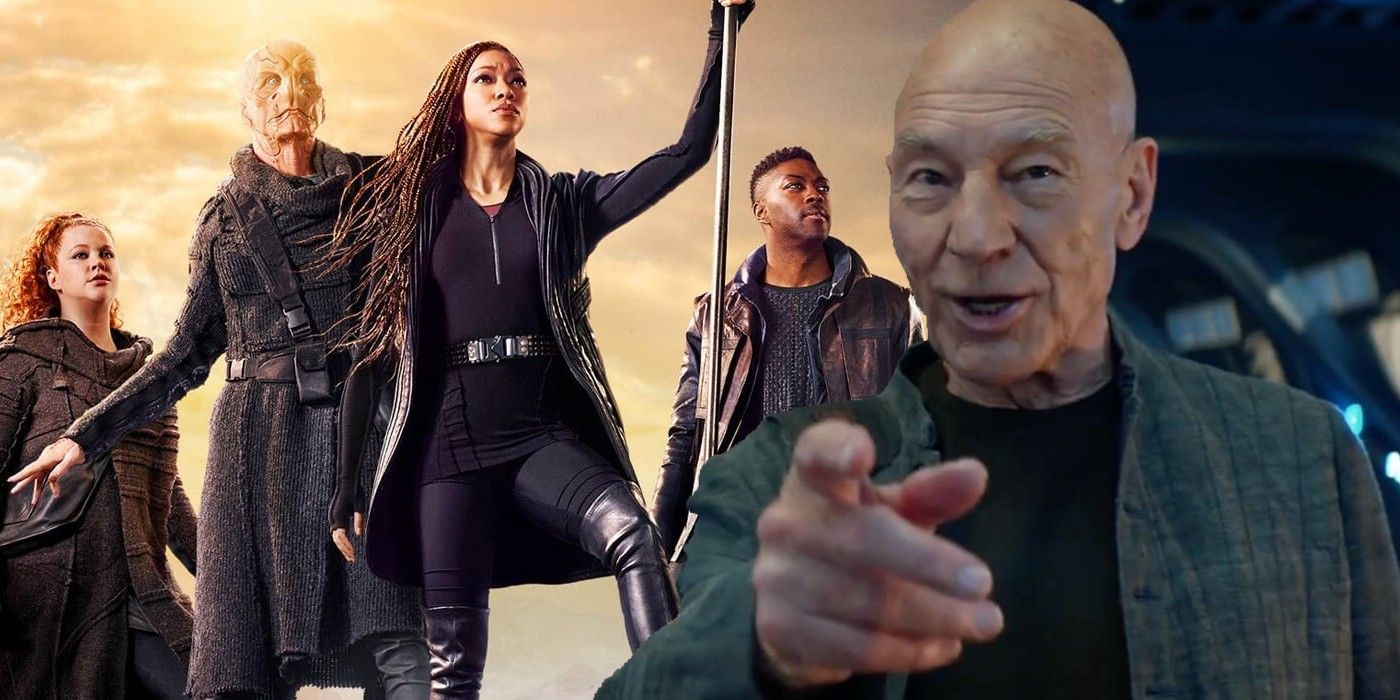 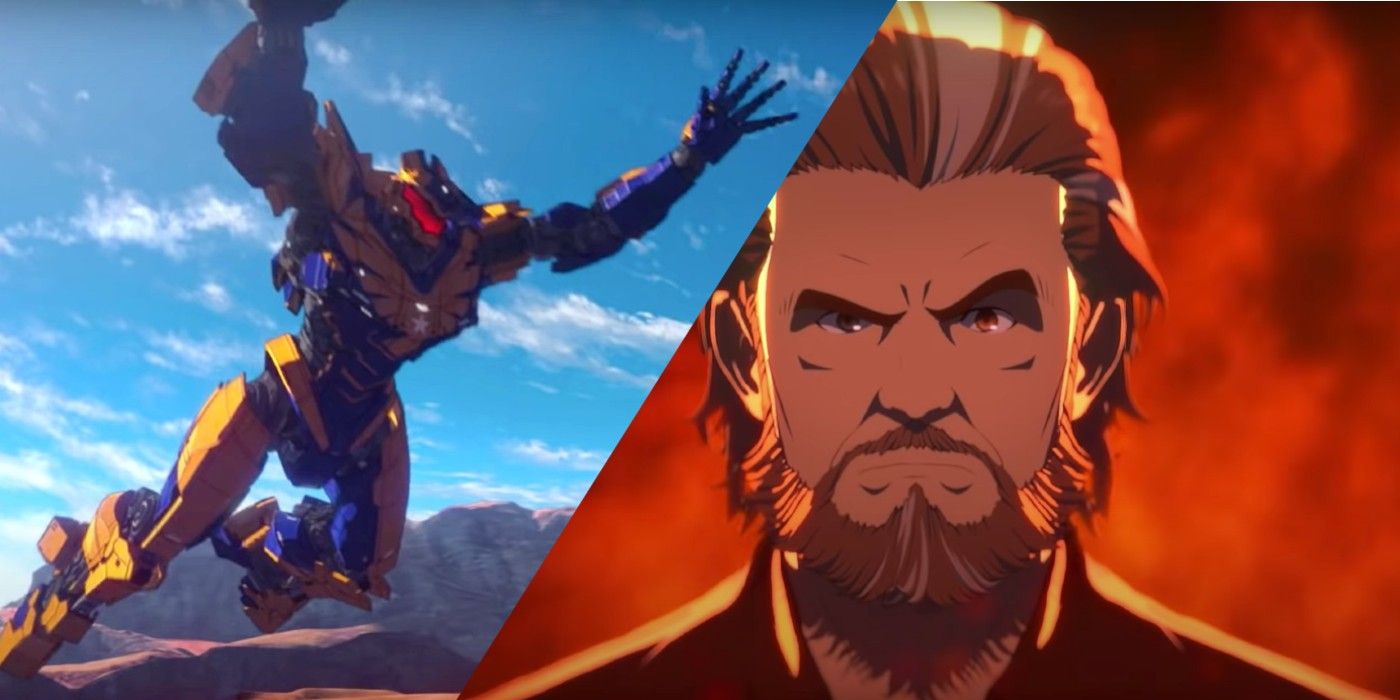 Star Wars: The Phantom Menace only showed the underwater Otoh Gunga, but The Clone Wars introduced variety to Gungan cities by going above water.

The ever-present threat in Star Wars’ Skywalker saga, here are 10 times Emperor Palpatine’s actions could have changed the course of the series.

Star Wars has had some major romantic storylines and while some are iconic, a handful were guaranteed to fail right from the start.

Back in 2003, being a hardcore fan of new Star Wars was not exactly cool. These days, we enjoy an interesting renaissance of love for the prequel-era, complete with the impending return of both Ewan McGregor and Hayden Christensen to the roles they defined. But could you walk into a comic book shop in 2003 and say you really liked the prequel era? Not without some odd looks, you couldn’t.

The origins of Darth Maul and Asajj Ventress were well-established in the Legends universe – how did canon’s Star Wars: The Clone Wars change them?