You could go to the Moon… maybe. If you win the proverbial golden ticket, that is.

On Tuesday, Japanese billionaire Yusaku Maezawa announced the competition is now open for one of eight seats on a trip around the Moon. The news comes three years after Maezawa made history as the first paying customer for the SpaceX Starship rocket in 2018. The Starship is still in prototype, but Maezawa planned ahead — the mission is slated (tentatively) for 2023.

Positioning himself as a Willy Wonka-like figure who can, in fact, make dreams come true, Maezawa previously said he wanted to go to the Moon with “artists.” Now, it seems, who makes the crew is open to far greater competition.

What’s new — Yesterday’s announcement came via video. In the tape, Maezawa says that in “2023 — humankind will once again head to the Moon.” We’ve heard that line a few times before — from NASA and private space companies, too.

But the further details Maezawa reveals in the new video are important.

“It’s been two years since I last made an announcement about the dearMoon project, and today I have a pretty significant update to share,” Maezawa says in the video — his message is translated from Japanese.

“I’m going to get straight to the point: I’m inviting you to join me on this mission.”

According to the new video, the way to enter into the competition is not as straight-forward as putting your name in the hat, as it were. But it does start that way.

“Everyone who pre-registers will receive an email about the selection process,” the dearMoon site reads. They will also receive a “crew candidate” certificate with their name and picture on it, according to the site.

Maezawa’s voyage has been given the name dearMoon. What exactly the mission will entail is still murky. But we do have a few key details to go on.

The mission will use the SpaceX Starship, which has been under-development since 2012. It’s intended as a super heavy-lift vehicle, able to take passengers to space beyond Earth orbit. The Starship is cornerstone to SpaceX founder Elon Musk’s ambitions to get to the Moon, Mars, and beyond.

Part of the funding mechanism for these ambitions is selling private spaceflights to paying customers. Musk has long toyed with sending private passengers to the Moon. If he achieves his goal of sending dearMoon up in 2023, then the dearMoon mission will mark the first time humans will visit the Moon — albeit at a distance — since Apollo 17 lifted off from Mare Serenitatis in 1972. 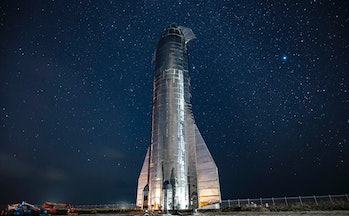 Importantly, the plan could follow past example and be delayed. In 2017, Musk announced that two tourists would circle the Moon in late-2018. But those plans were scrapped once development of the Starship, then referred to as the BFR, escalated in earnest.

In the new video, Musk says the dearMoon mission aims to go “further than any human has ever gone from planet Earth.”

The ill-fated Apollo 13 mission holds that record currently, having gone 248,655 miles from Earth and about 158 miles above the far side of the Moon on its voyage. A 2017 article in SpaceNews suggests a maiden Starship voyage could reach as far as 400,000 miles from Earth.

The exact timeline of the mission depends on how ready the Starship is, which Musk addresses in the video.

“I’m highly confident that we will have reached orbit many times with Starship before 2023, and that it will be safe enough for human transport by 2023,” Musk says.

Maezawa was revealed as the first paying passenger for Musk’s lunar voyage aboard a SpaceX rocket in 2018. 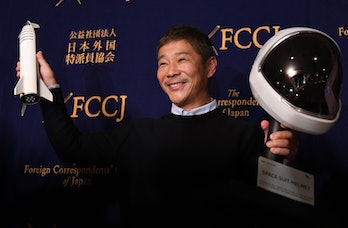 The total crew manifest will number between 10 to 12 people — this includes Maezawa. Eight crew will be contest winners Maezawa says. Not artists, then.

“I began to wonder… who do I mean by artists? A singer? A dancer? A writer? The more I thought about it, the more ambiguous it became,” Maezawa says in the video.

He claims to have eventually arrived at the thought that, “every single person who is doing something creative could be called an artist.”

Maezawa is one of the richest men in Japan, worth around $1.9 billion, money he earned after founding Zozotown, a popular fashion retailer, in 2004. Maezawa is an avid art collector, having spent $110 million on a painting by Jean-Michel Basquait in 2017. The amount paid for the dearMoon voyage has not been disclosed.

“I will pay for the entire journey,” he says.

The trip itself will last some six days, according to the project site.

It will take three days to get to the Moon, and three to come back. Once at the Moon, the flight will loop around the Moon, rather than land — so a bit more Apollo 8 than Apollo 11. Importantly, dearMoon is not expected to actually enter orbit around the Moon.

“I have bought all the seats, so it will be a private ride,” Maezawa says.

Among the potential trip highlights, Maezawa says there’s potential to see an Earthrise — when the Earth is seen from the Moon, rising like the Moon or Sun does in our sky. 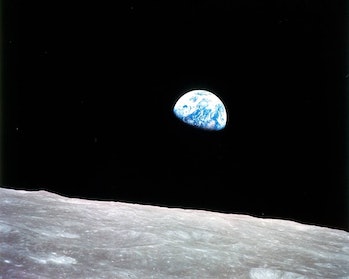 The mission is, for Maezawa, as philosophical as anything — a way to satisfy his curiosity, and honor Earth. And then there’s the real existentialist stuff.

“I want to be reminded of how small, how insignificant I am,” Maezawa says.

For more about news about SpaceX, check out Musk Reads.

SpaceX successfully landed its Starship rocket for the first time Wednesday — only for the prototype ship to explode shortly after.