SpaceX CEO Elon Musk wants to go to Mars — and according to a recent set of terms and conditions, he may also want it to be a “free planet.”

In a book released this week, Liftoff: Elon Musk and the Desperate Early Days That Launched SpaceX, Ars Technica senior space editor Eric Berger covered the firm’s early days as it tried to send a rocket to orbit, establish itself as a space company and stop hemorrhaging cash. Musk pushed the team as it tried to launch the Falcon 1 rocket from Omelek Island, part of the Marshall Islands in the Pacific Ocean.

“He works very hard, and he expects those people around him to work very hard,” Berger tells Inverse. “He never really lets up.”

That determination could explain a rather perplexing document released in October 2020.

Want to find out how SpaceX succeeded where others failed, why SpaceX and NASA need each other, and how missions to Mars might work? Read the full interview, only in Musk Reads+.

SpaceX is currently developing the Starship, a stainless steel rocket designed to send humans to Mars. The goal is to send the first humans by the mid-2020s, establishing a city on the planet by 2050. On a test flight this week, the Starship successfully launched a few miles into the air and came back down, eventually nailing a landing — but exploding a few minutes later. 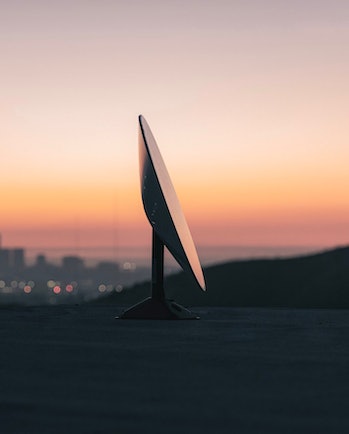 The firm has also been developing Starlink, a high-speed internet service that uses a large constellation of satellites. In October 2020, beta testers of the nascent service noted an unusual passage in section nine:

David Koplow, a professor at Georgetown University Law Center, told Inverse in November 2020 that terms like “free planet” are “just gibberish,” as far as international law is concerned. Agreements like the 1967 Outer Space Treaty cover activities in space, rather than the Starlink terms of service.

For a science fiction fan like Musk, it could just be an easter egg. But Berger suggests it would be wrong to dismiss the terms outright. Musk, Berger explains, is someone that makes bold statements that are more serious than they first appear. The above terms could be more important than they appear.

The terms of service are just the beginning of how SpaceX’s Mars city is quietly taking shape.

TO CONTINUE READING THE FULL INTERVIEW, SUBSCRIBE TO MUSK READS+.

Here is what you will gain from subscribing to MUSK READS+:

MUSK READS+ is a fully independent operation. We are not Elon Musk, nor are we employed by him. Our job is to report the events we find newsworthy, giving you the inside look at the worlds of space rockets, electric cars, clean energy, and more. It means first-hand accounts of a SpaceX rocket launch, Tesla insights from third-party analysts, and more.

If you want to support us in our mission, and receive original interviews and analysis, consider contributing with a subscription.

Elon Musk wants to build a city on Mars by 2050 — but a simulated mission shows he may need to make some much-needed tweaks.

Rocket Lab wants to do more than just launch rockets into space — it also wants to build out its own infrastructure in Earth’s orbit. Just don’t call it a Starlink competitor for now.