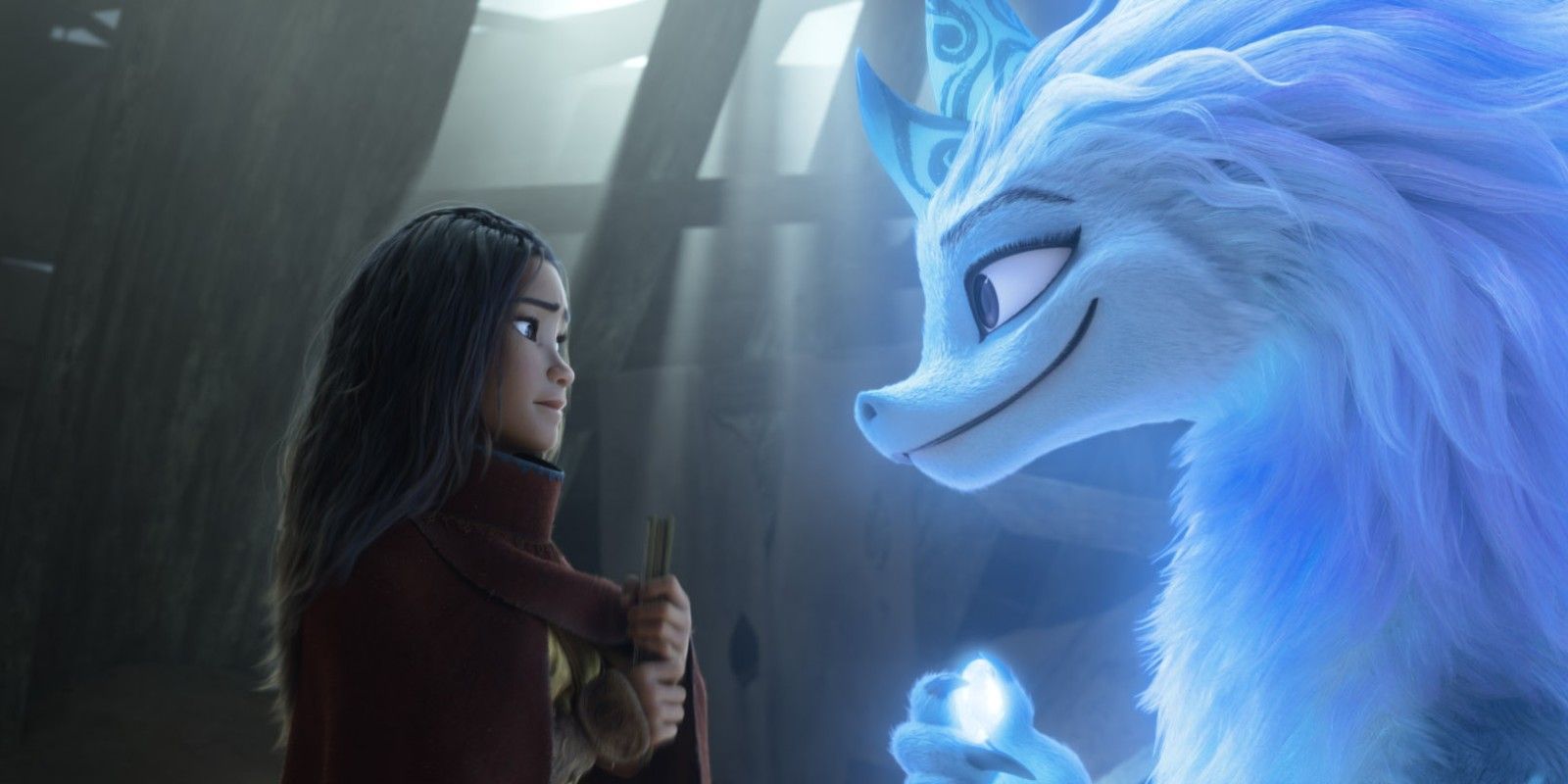 It’s been more than four years since Walt Disney Animation Studios released an original animated feature (Moana in 2016), but the Mouse House returns after two sequels (2018’s Ralph Breaks the Internet and 2019’s Frozen II) with Raya and the Last Dragon, a wholly fresh and thematically rich feature film. In Raya and the Last Dragon, screenwriters Qui Nguyen (Dispatches from Elsewhere) and Adele Lim (Crazy Rich Asians), along with directors Don Hall (Big Hero 6) and Carlos López Estrada (Blindspotting) introduce the world of Kumandra, where humans and dragons lived together until an evil force known as the Druun attacked. When the movie picks up, Kumandra has split into different warring factions of humans and the dragons have all but disappeared, paving the way for one heroine to save the day and unite the land. Disney’s Raya and the Last Dragon stumbles a bit to get going, but manages to stick the landing of a heartfelt and hope-filled animated movie.

The movie follows Raya (Kelly Marie Tran) as she attempts to find the last dragon, a water dragon named Sisu (Awkwafina), and save her father Chief Benja (Daniel Dae Kim) from the Druun. Raya’s journey brings her through the various lands held by the other factions of humans, where she sees how the war with the Druun and among the humans has wrecked havoc on the lives of everyone left. She also meets a ragtag group of survivors who have also lost family in the war, including the young Boun (Izaac Wang), the baby Noi (Thalia Tran) and the warrior Tong (Benedict Wong). With her new friends and her adorable furbug Tuk Tuk, Raya must face Namaari (Gemma Chan), someone from her past who holds the key to saving Kumandra. 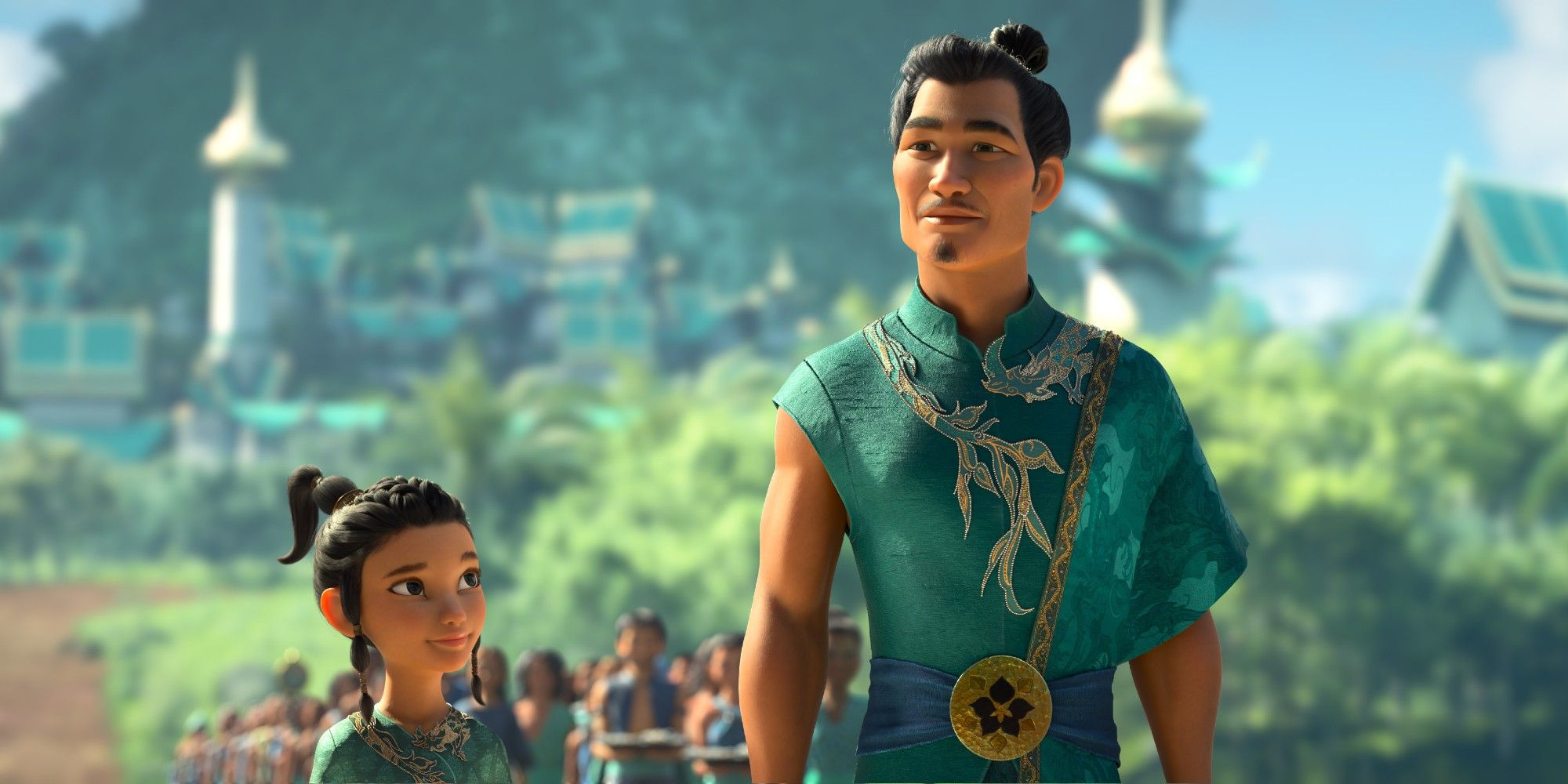 Since Raya and the Last Dragon has such an expansive world to explain to viewers, much of the film’s first act works as setup for the real story, establishing the history of Kumandra and setting the stage for the themes of trust to be explored throughout the second and third acts. While all of this setup is trimmed to the point that nothing feels superfluous by the movie’s end, it does present a little bit of a slog to get through before Raya and the Last Dragon really gets going. That said, once Raya and the Last Dragon’s story does finally pick up, it’s an adventure that’s easy to get invested in. Plus, the film is propelled by some really excellent action scenes with spectacularly realistic fight choreography, made all the more fun to watch thanks to the film’s animation. Altogether, Raya and the Last Dragon is as tightly plotted as it can be with such a big chunk of world-building in the early part of the story, with an ending that pays off all that the film promises in the first act.

As the titular character, Tran’s Raya has most of the heavy lifting to do in the movie, and she shoulders it well, particularly the early world-building exposition. She also works well with Awkwafina’s Sisu for a dynamic that’s a little like Aladdin and Genie’s, though the script’s more modern references – often delivered by Awkwafina – don’t land very well, like a group project analogy that feels completely at odds with the world Raya and the Last Dragon has established. As a result, the movie’s most compelling dynamic isn’t Raya and Sisu, but Raya and Namaari, who have a complicated history. Tran and Chan’s voice work gives these characters and their relationship a much-needed depth that’s sorely lacking between Raya and Sisu. The rest of the cast, largely rounded out by Asian American actors, all work well to bring the world of Kumandra to life, particularly Kim’s performance as Raya’s father and Sandra Oh as Namaari’s mother Virana. But it’s Tran’s movie and she excels in the lead role as Raya. 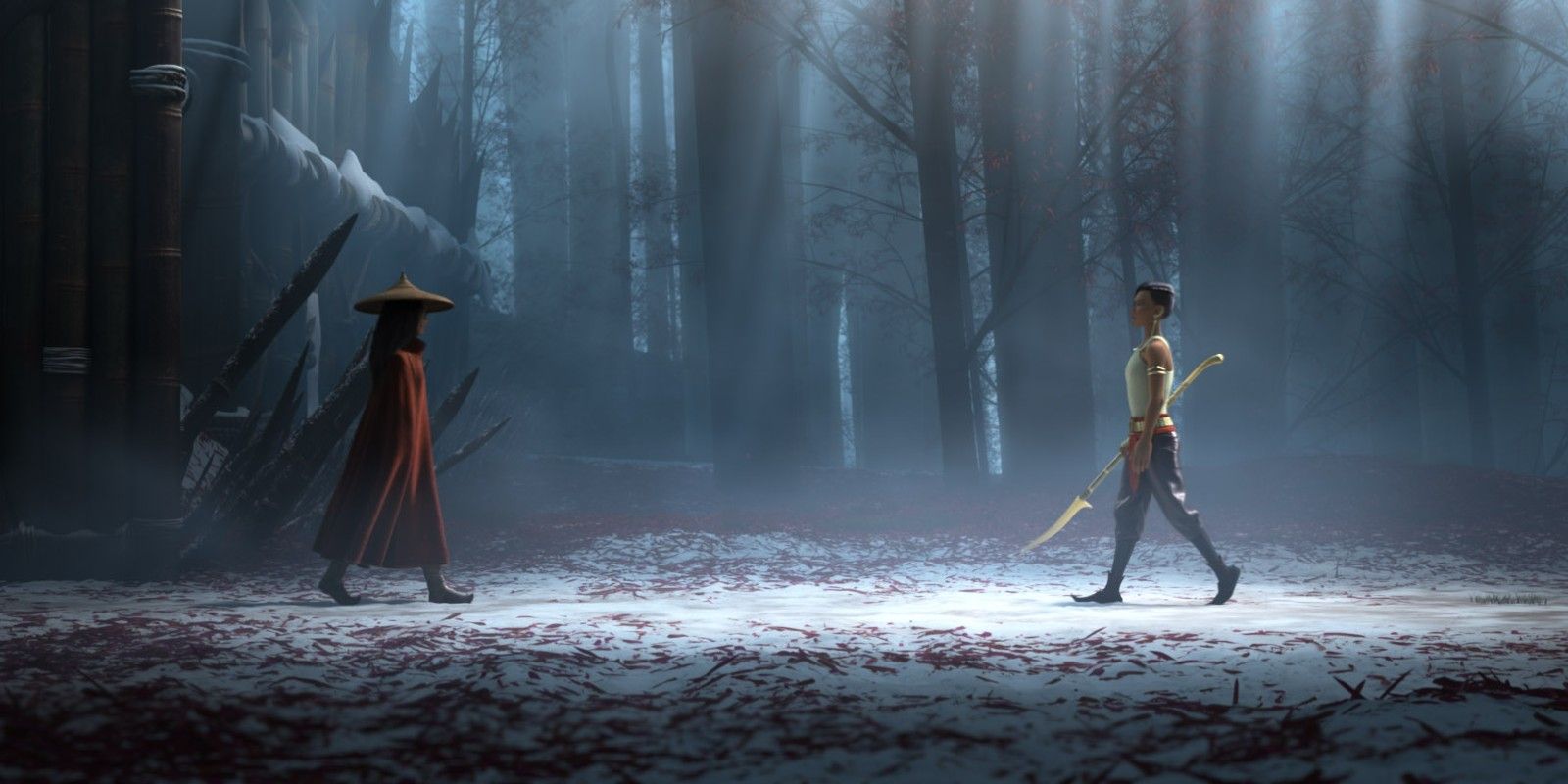 It’s perhaps fitting that Raya and the Last Dragon is the first original Disney animated movie after Moana, because it follows on the Mouse House’s trend of digging deeper into more complicated themes that examine humanity and the ways in which humans relate to one another. Where Moana followed a fearless, hopeful girl, Raya is jaded and distrustful, traumatized not just by the Druun, but by the betrayal of humans. Her journey is about finding the strength to take the first step of trusting someone again and though it may be set against the backdrop of a mythical world once filled with dragons, it speaks to the struggle of many folks at one point or another in their lives. Similar to how Frozen II dealt with grief and Ralph Breaks the Internet handled how friendships evolve, Raya and the Last Dragon gives its viewers a roadmap to navigating trust and how to put their trust in someone again after they’ve been betrayed. It’s an important lesson for all ages and allows Raya and the Last Dragon to fit well within Disney Animation’s much more complex and poignant library of films released in recent years.

Raya and the Last Dragon starts playing in theaters and streaming on Disney+ Premier Access Friday, March, 5. It is 114 minutes long and rated PG for some violence, action and thematic elements.

Let us know what you thought of the film in the comments section! 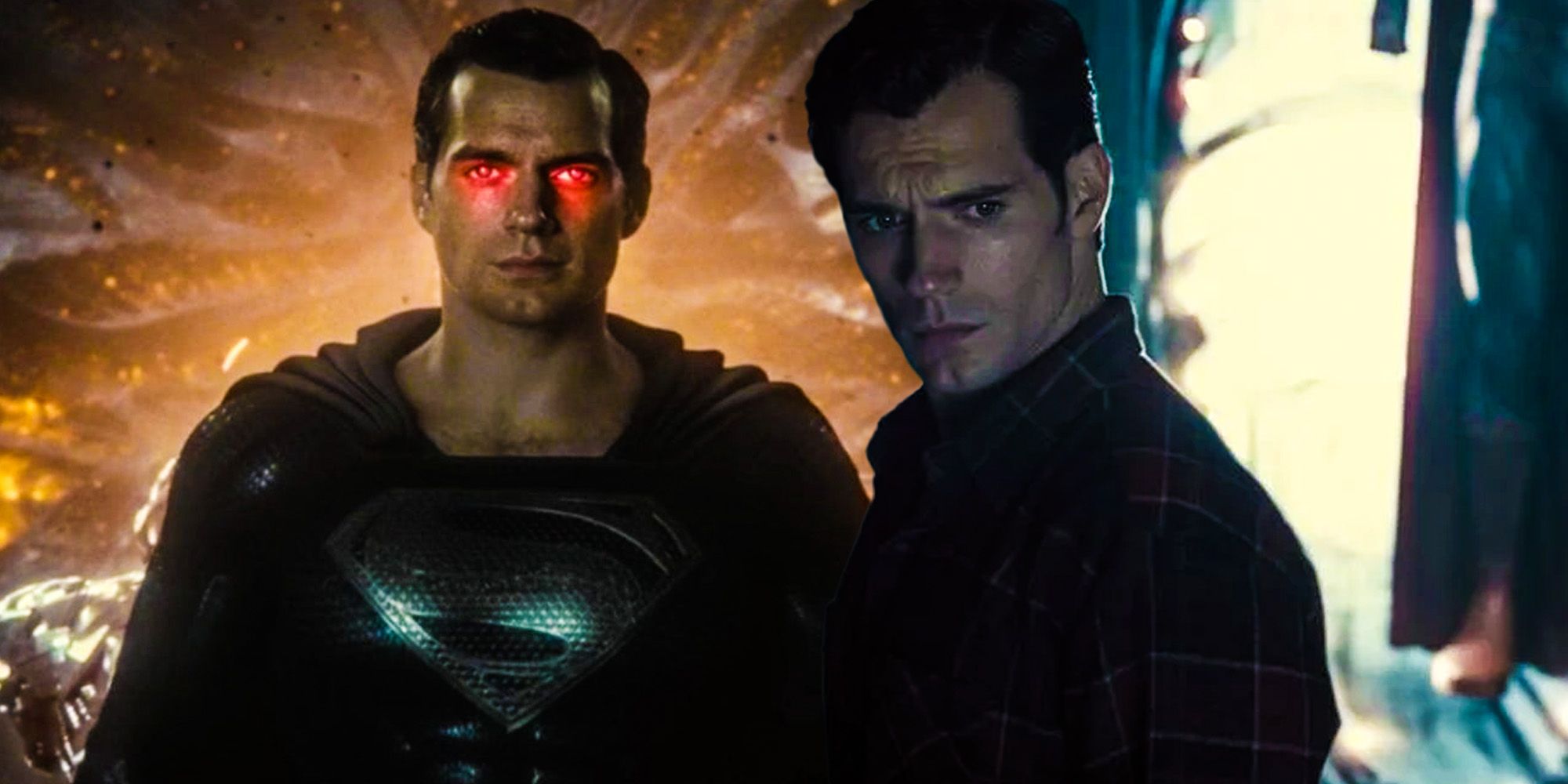 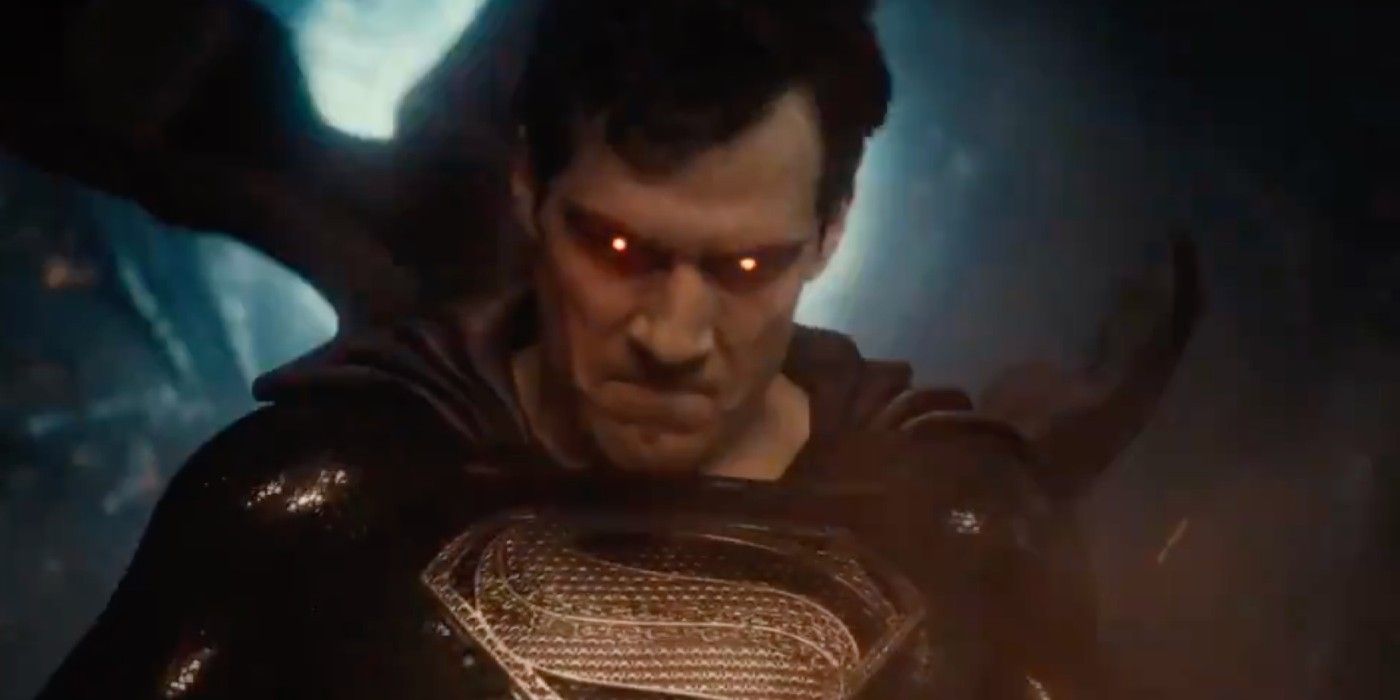 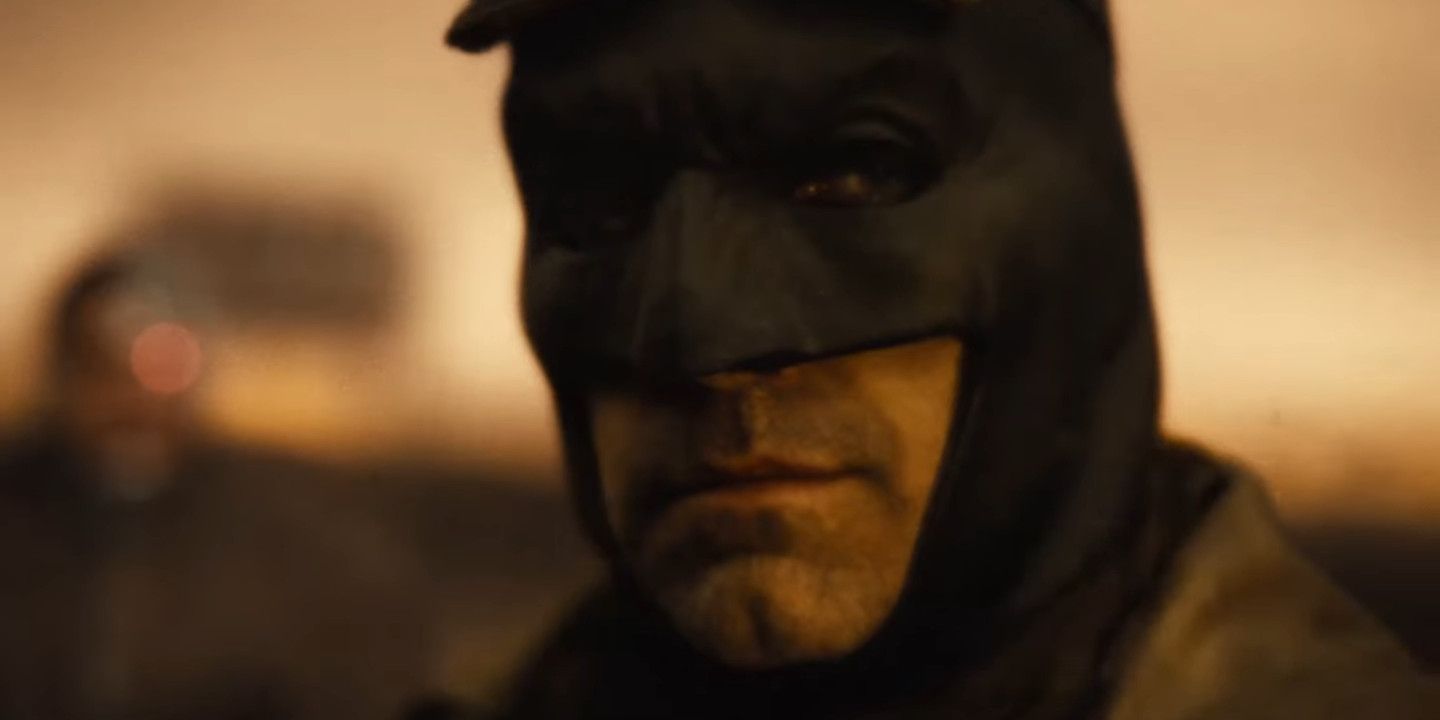 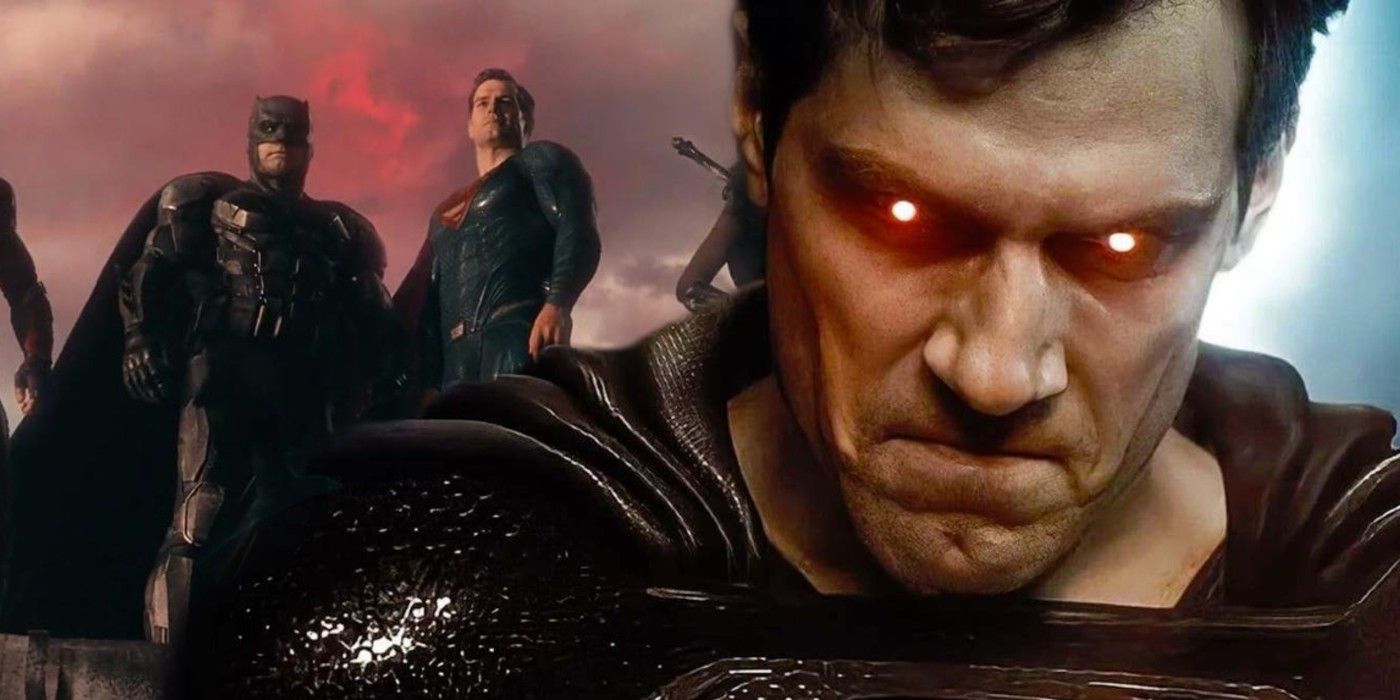 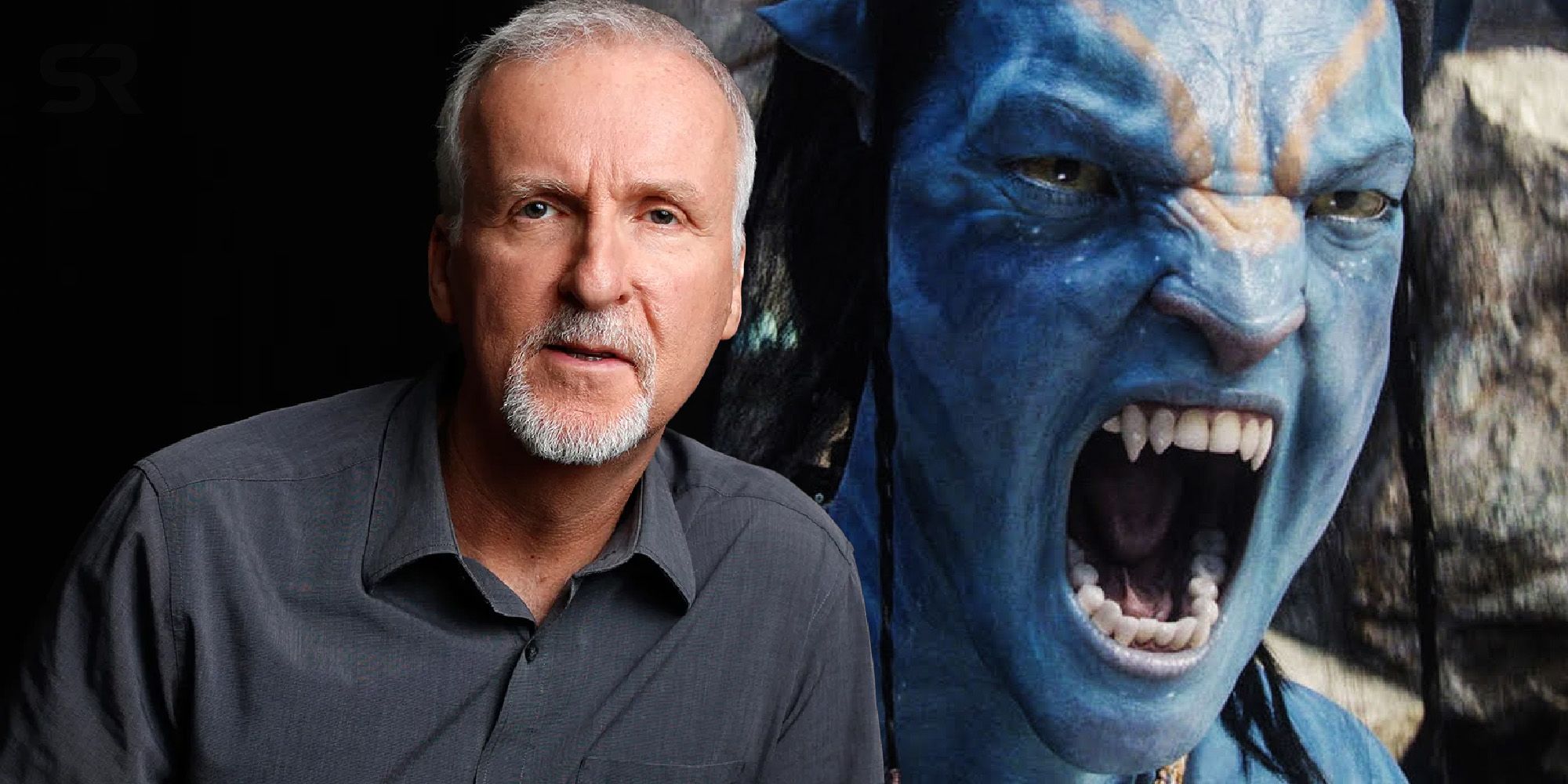 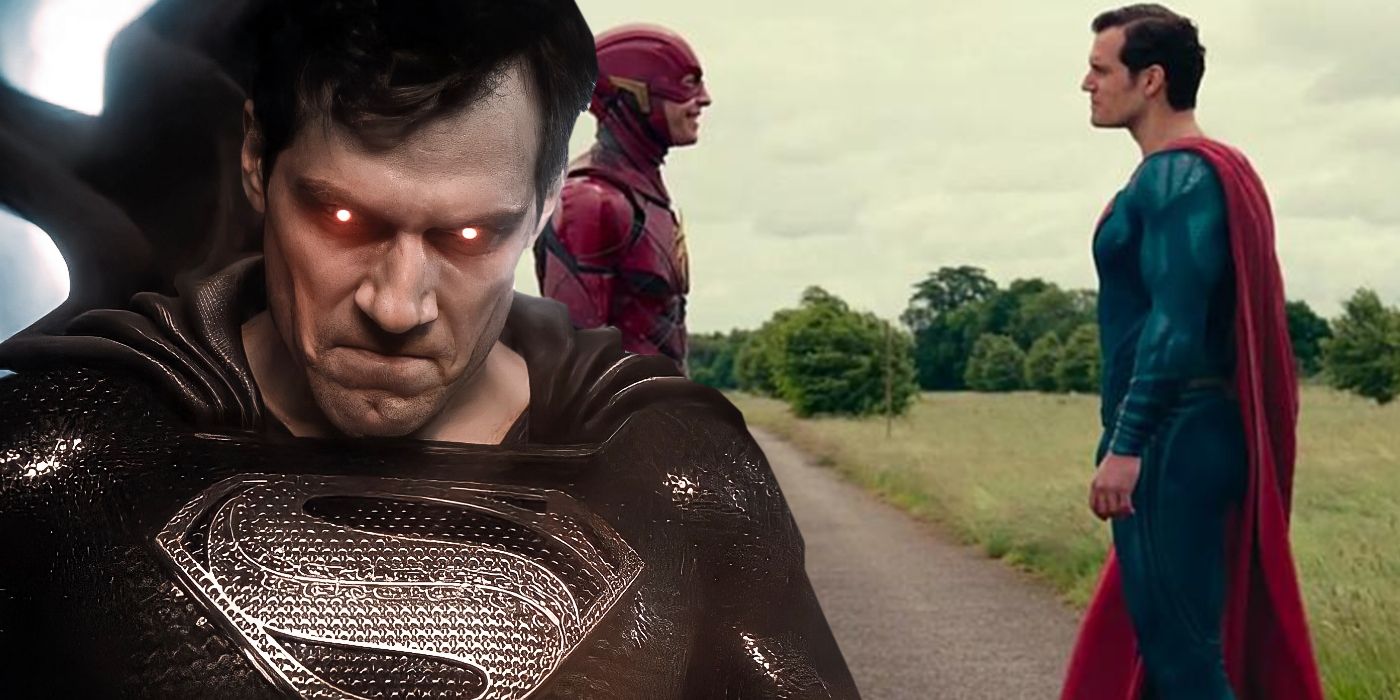 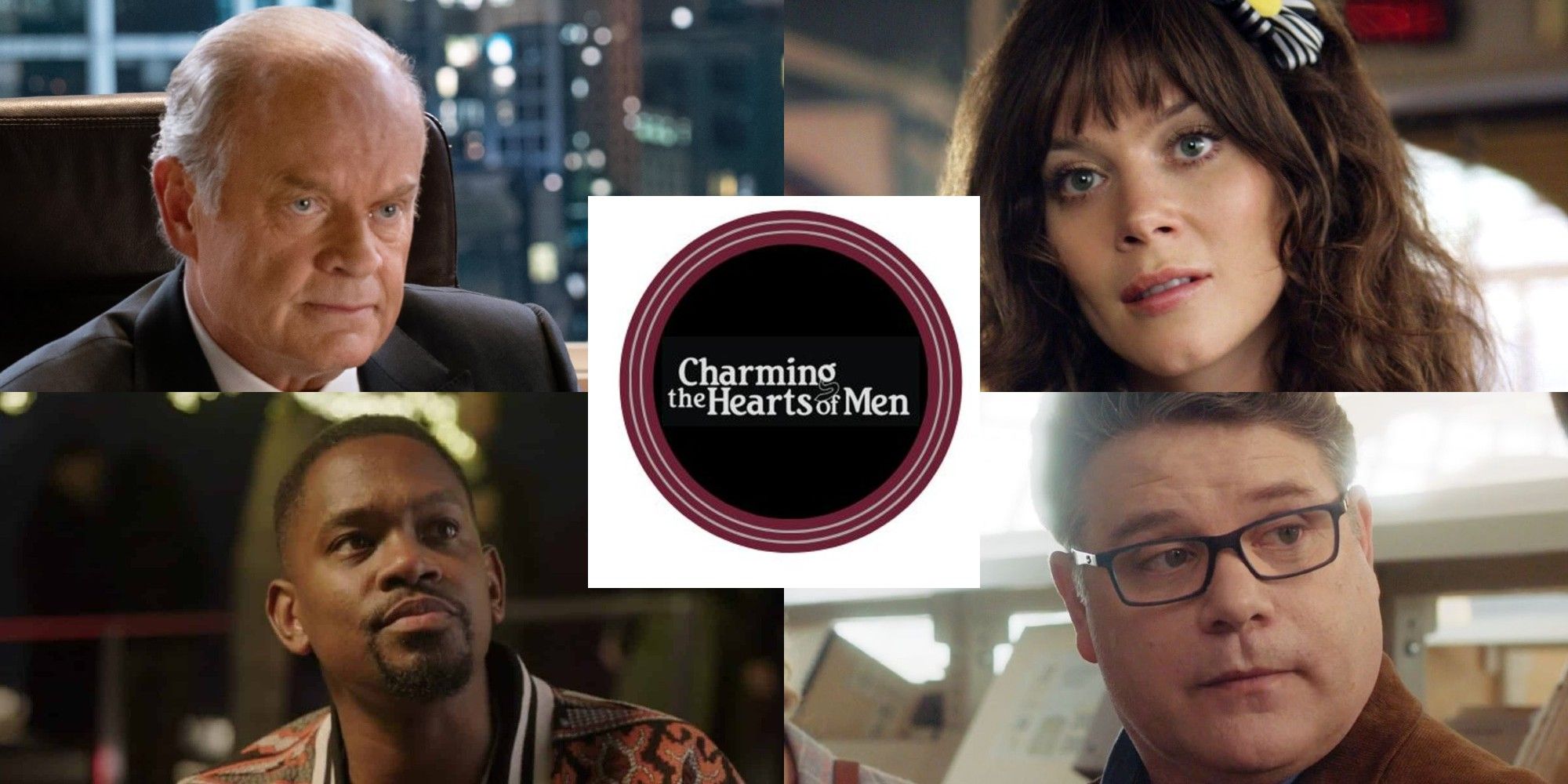 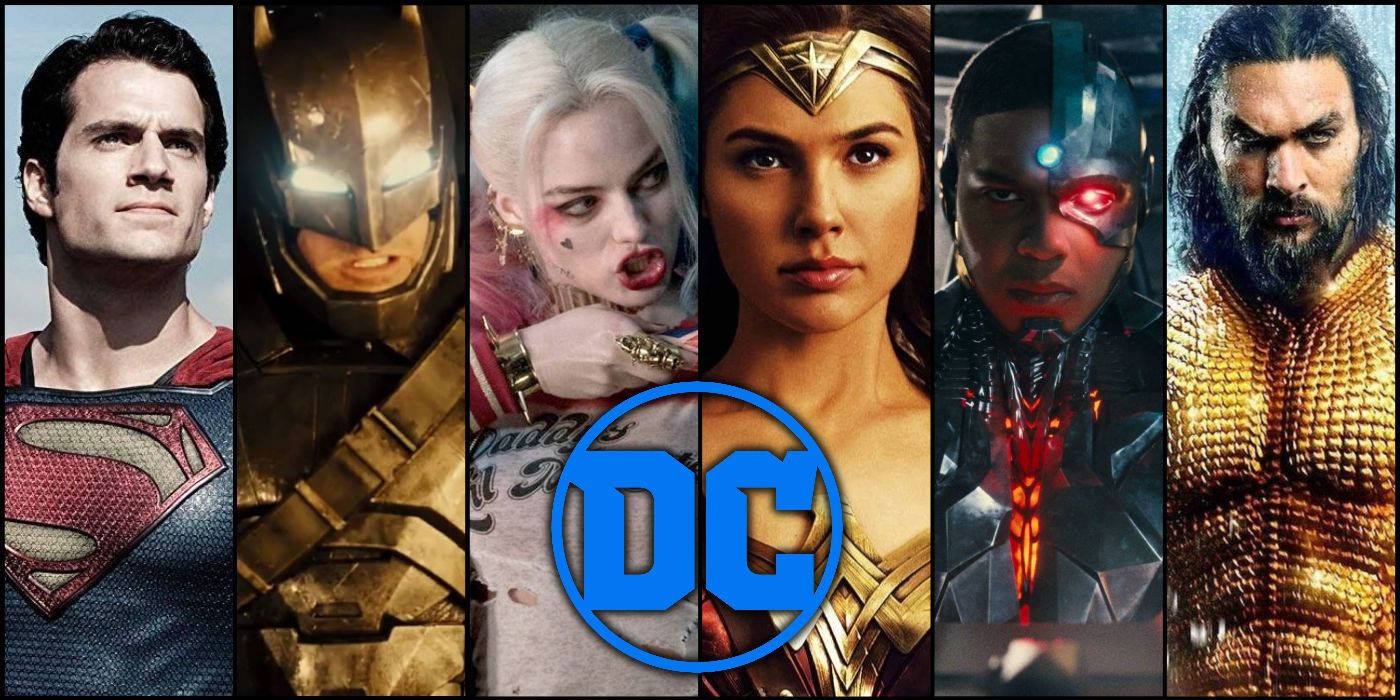 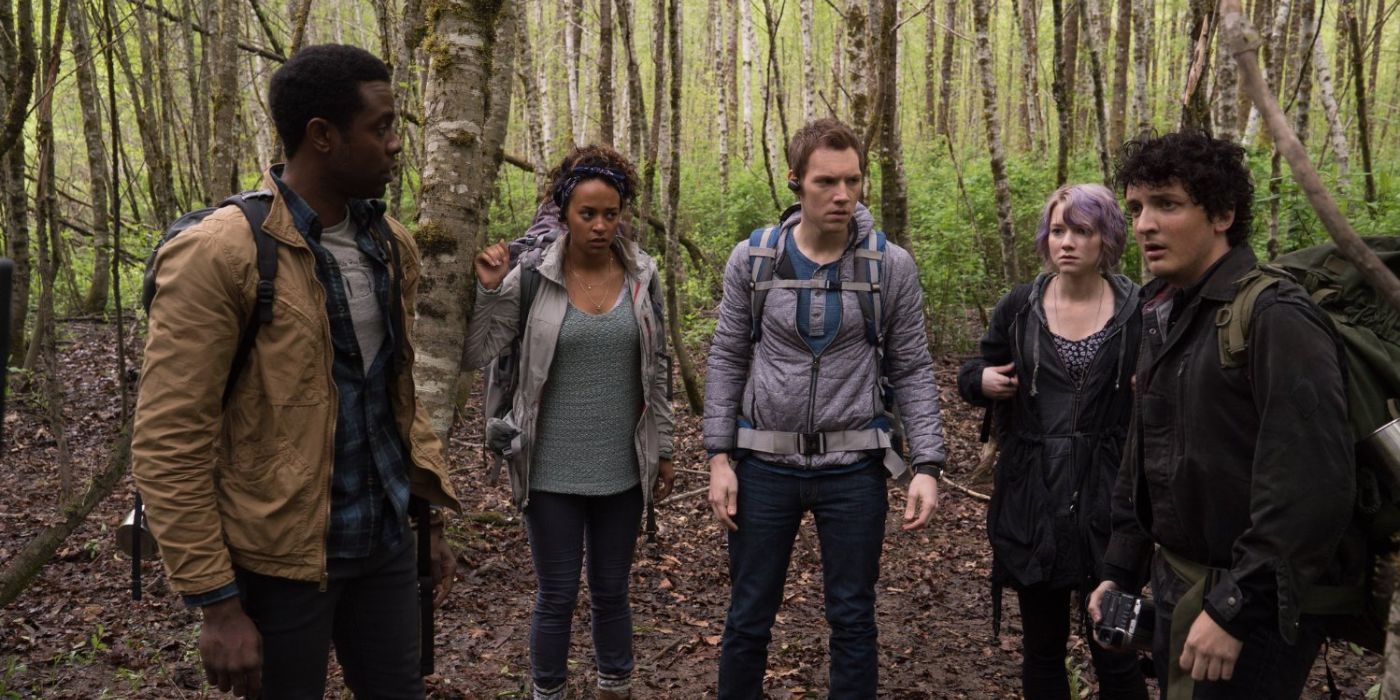 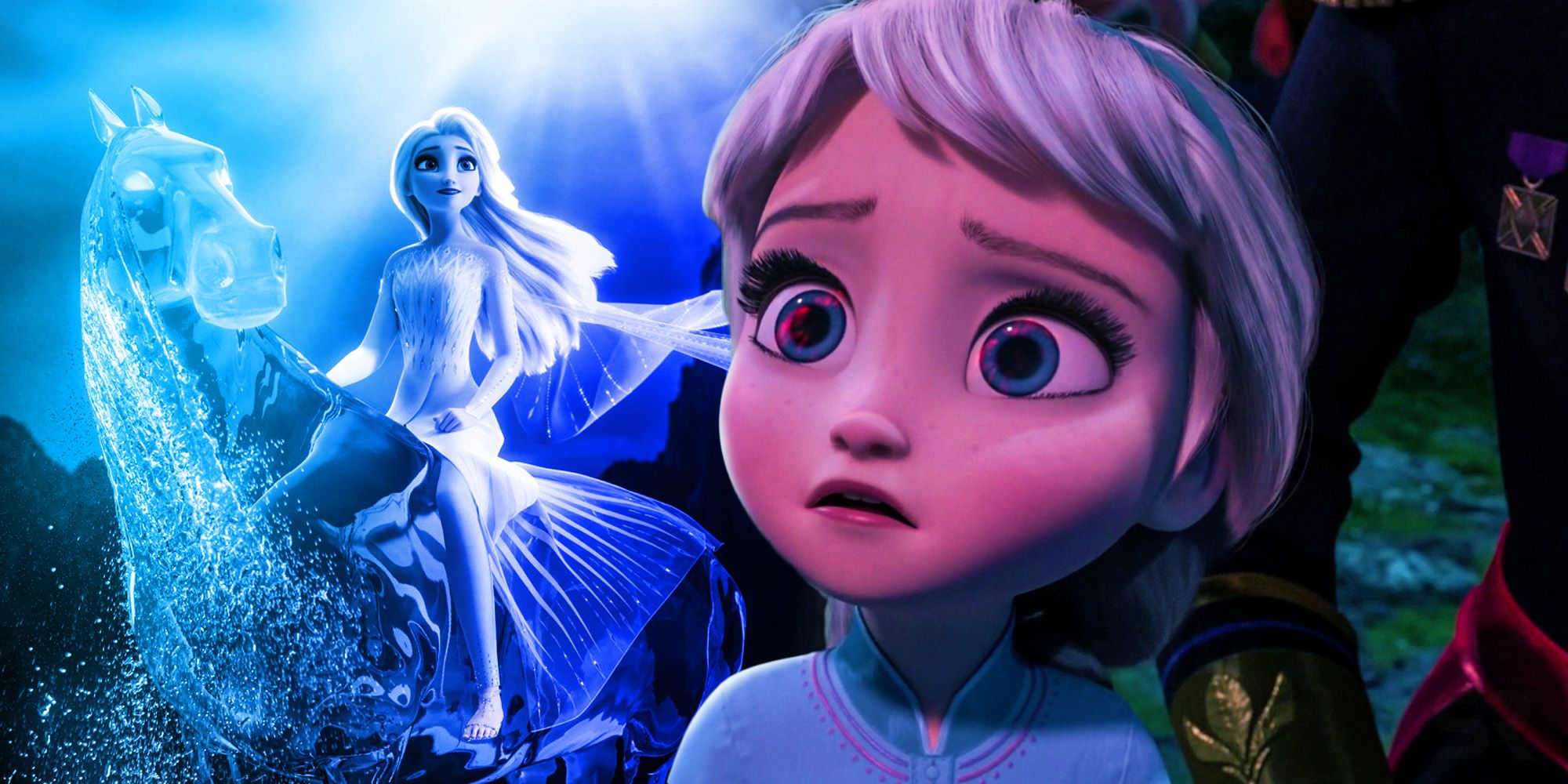 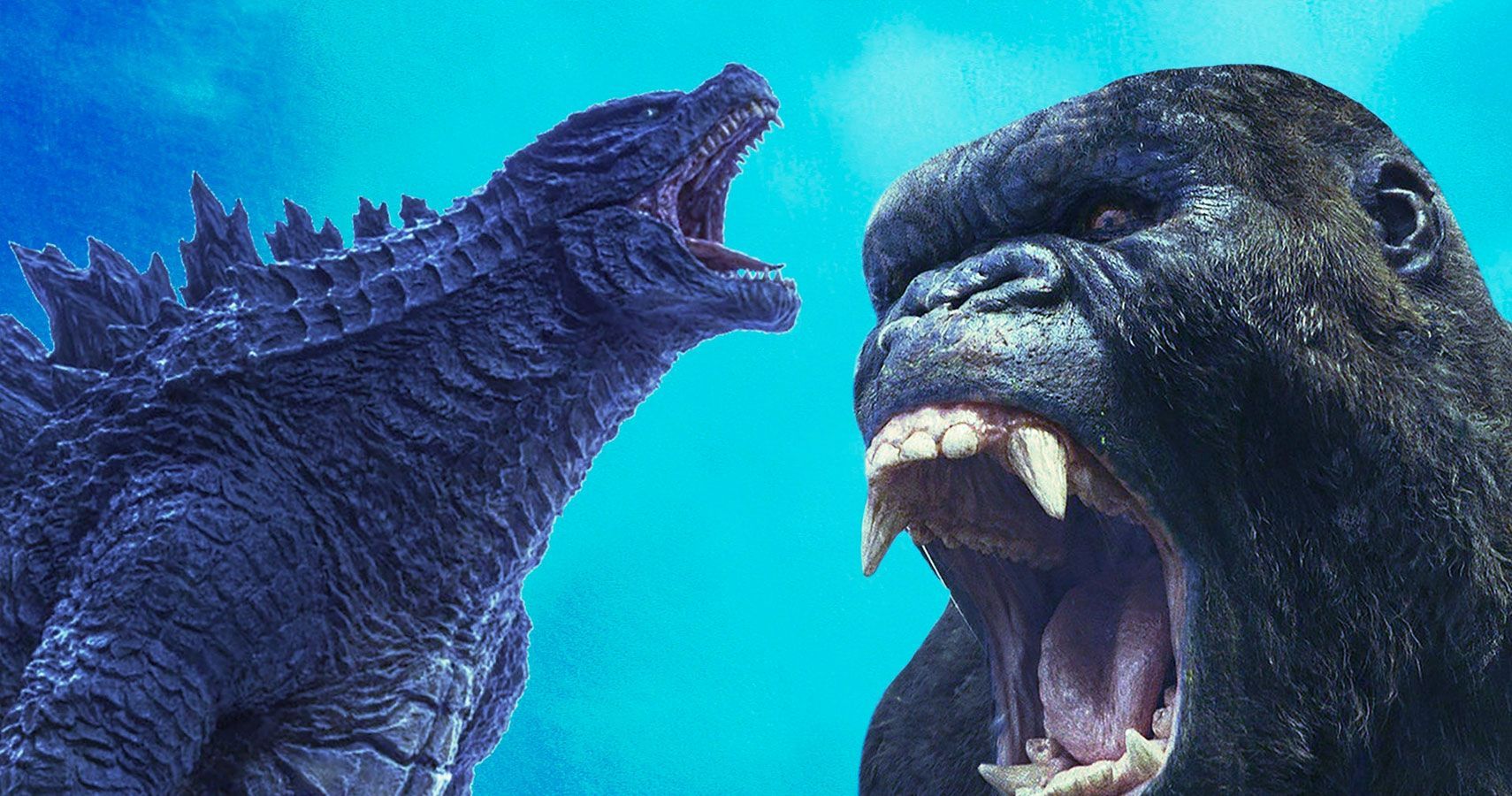 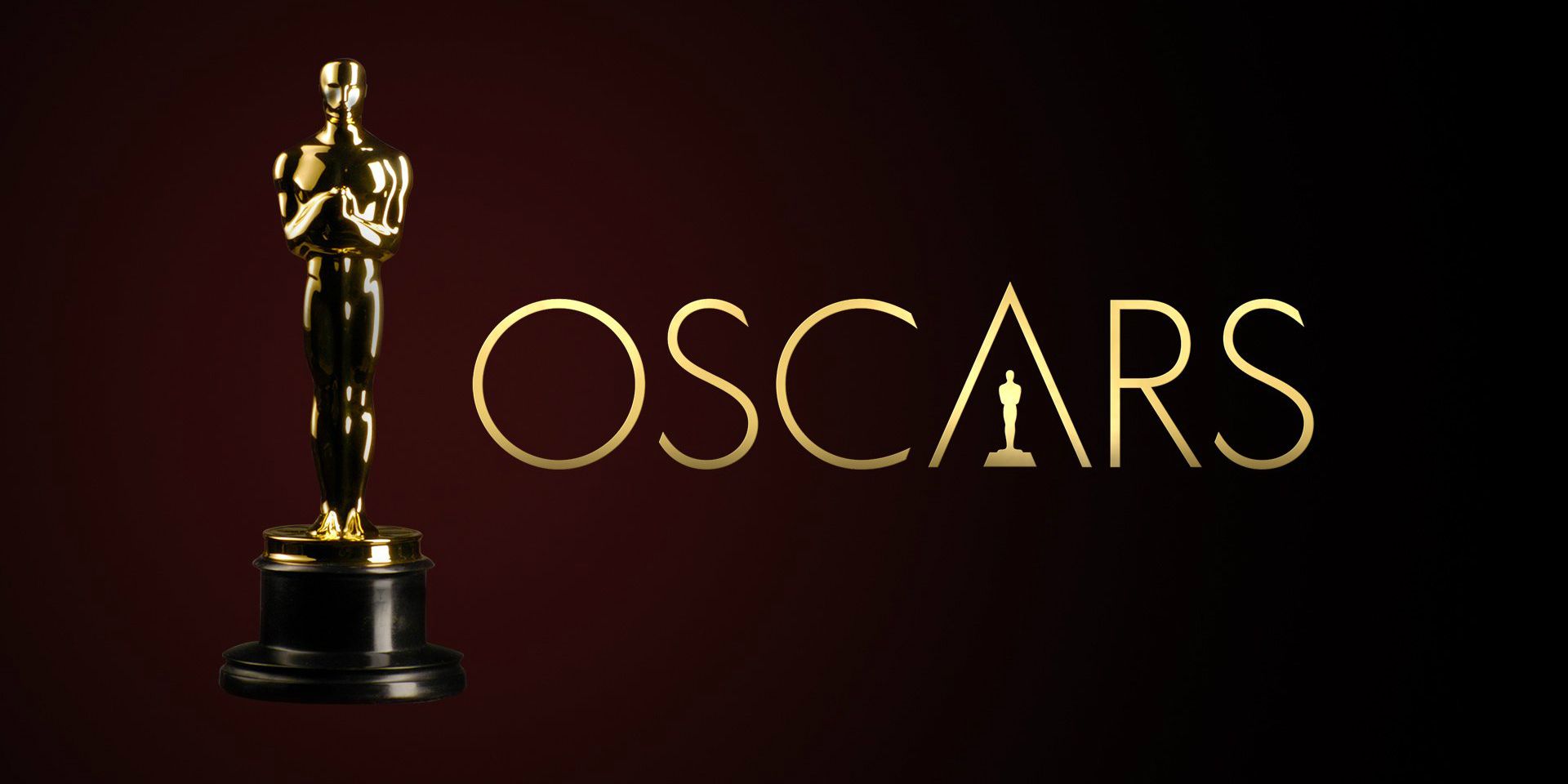 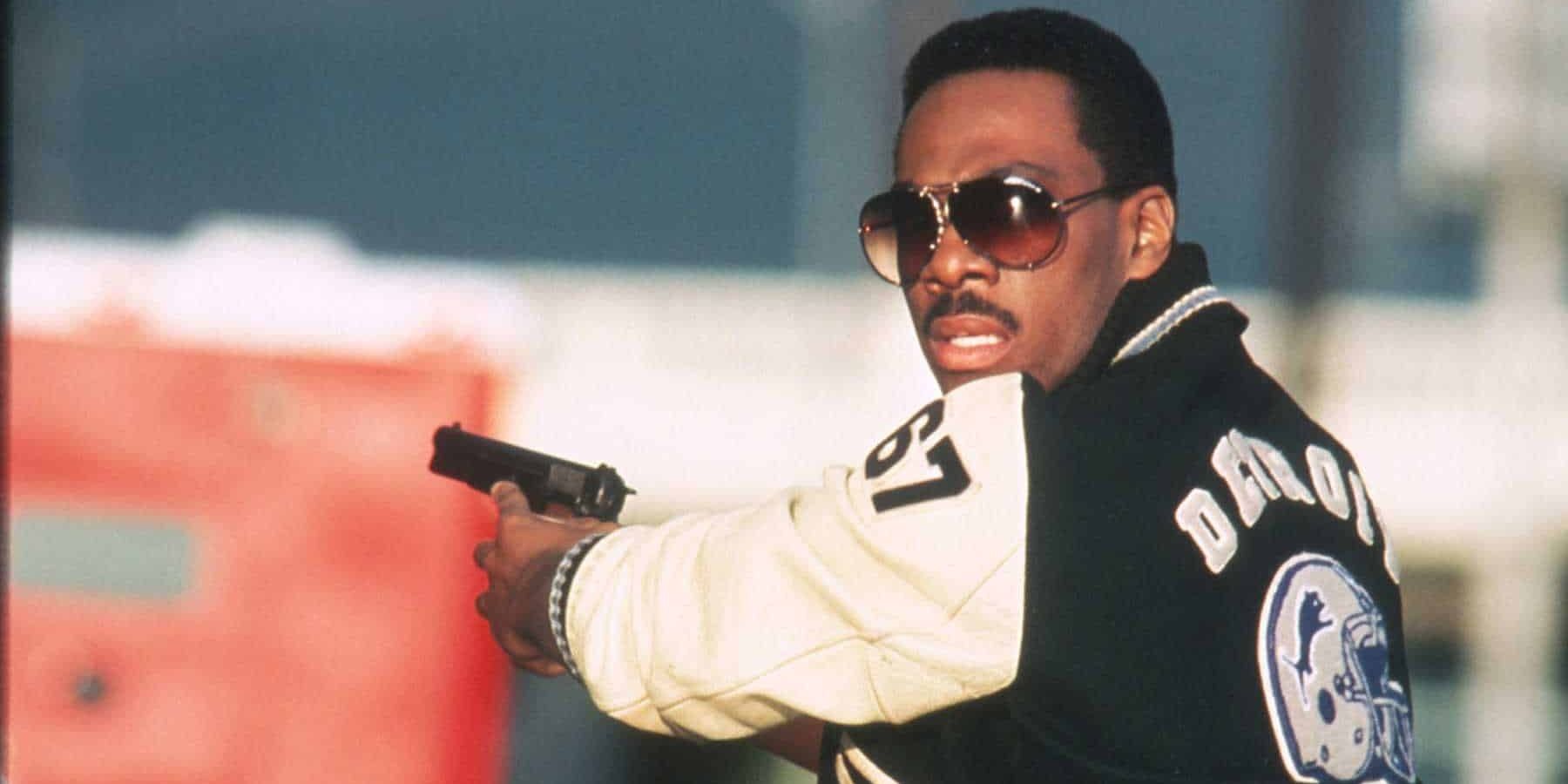 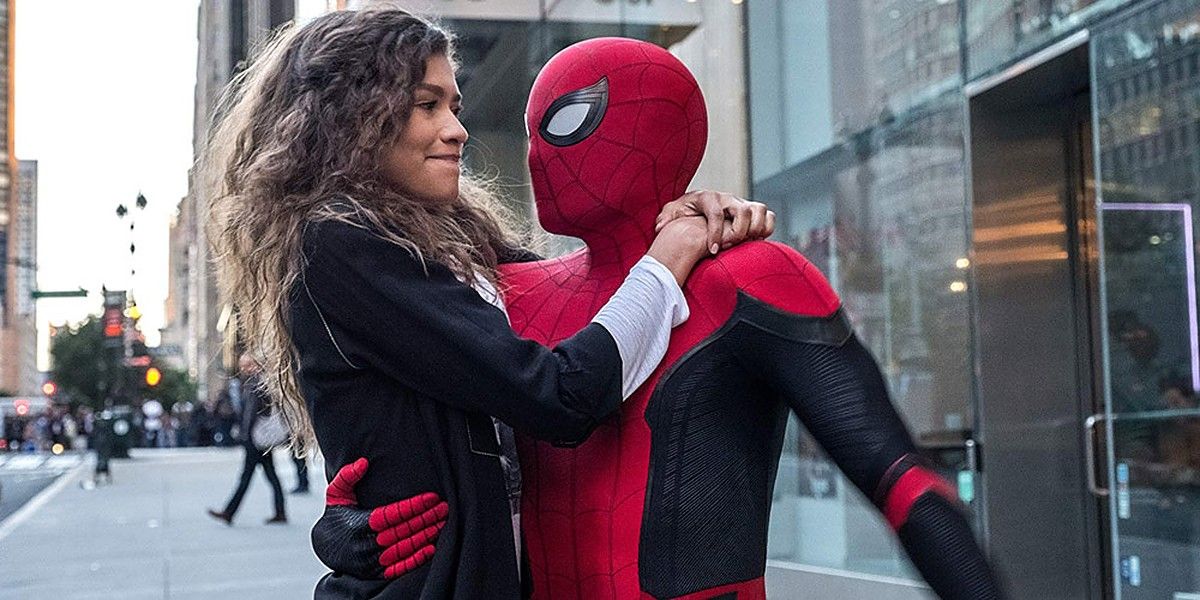 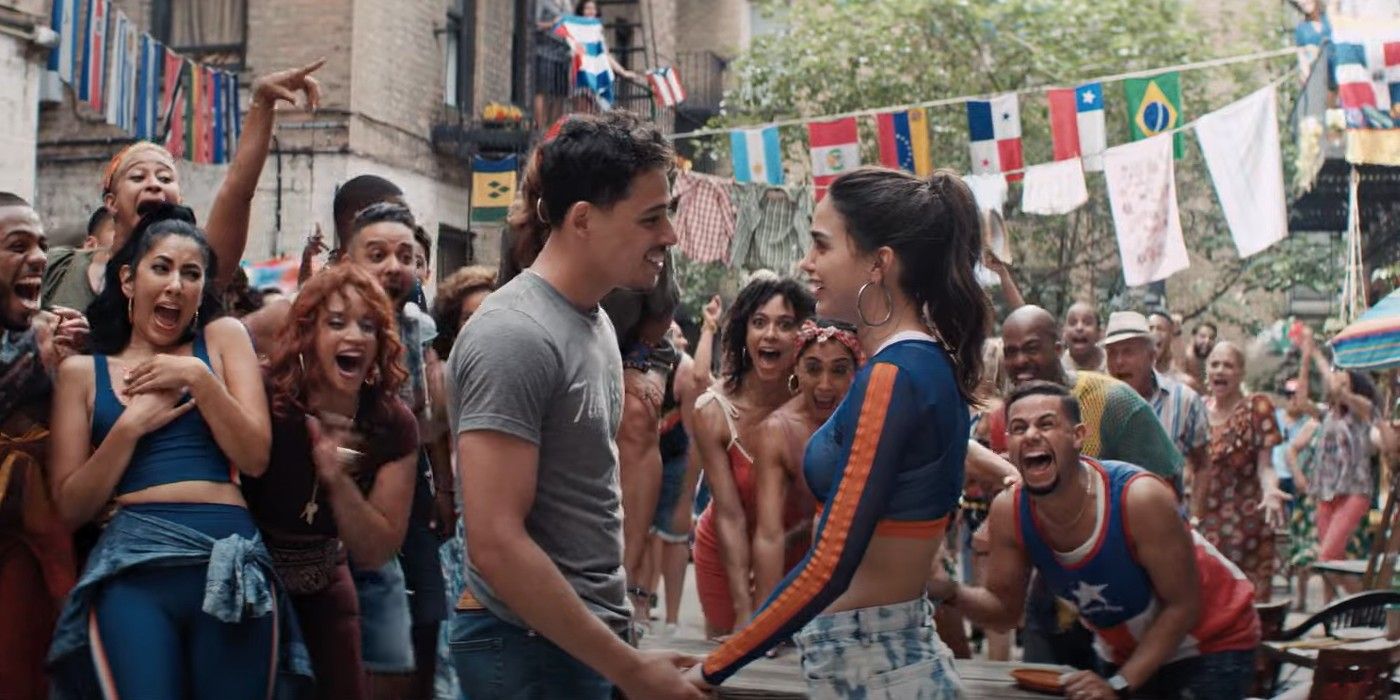 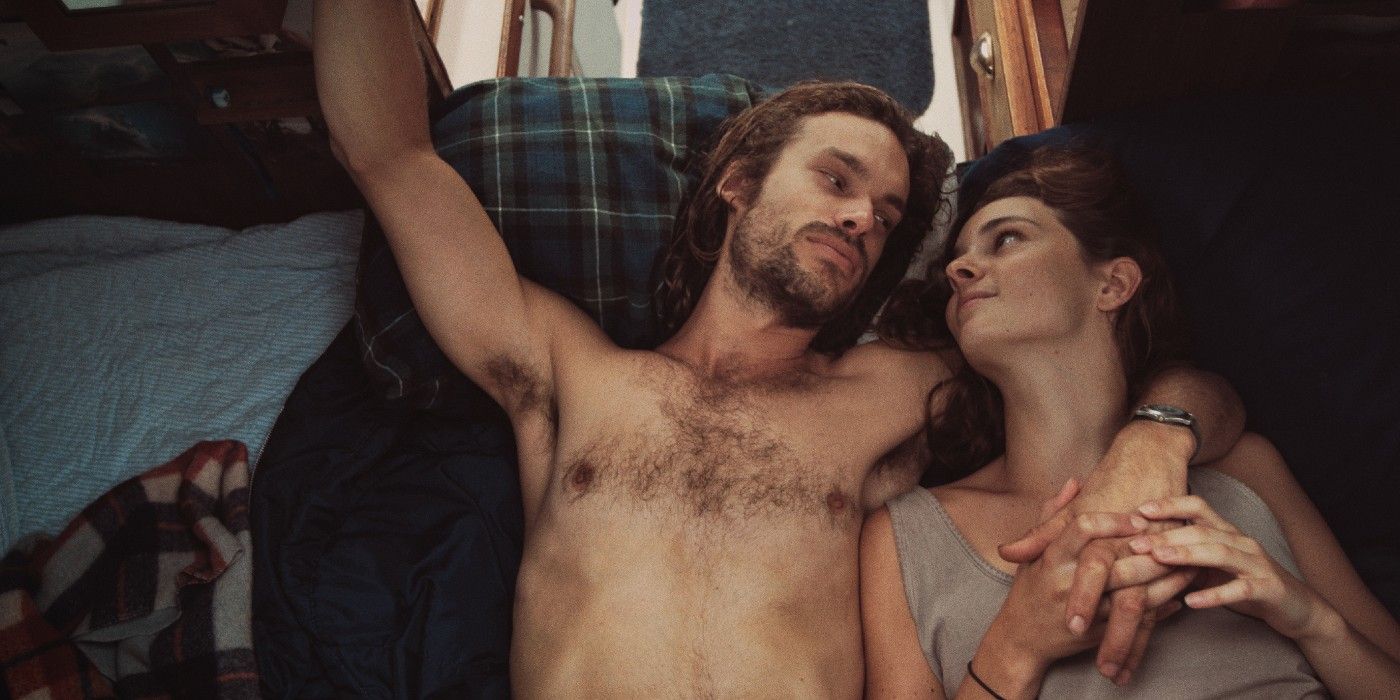 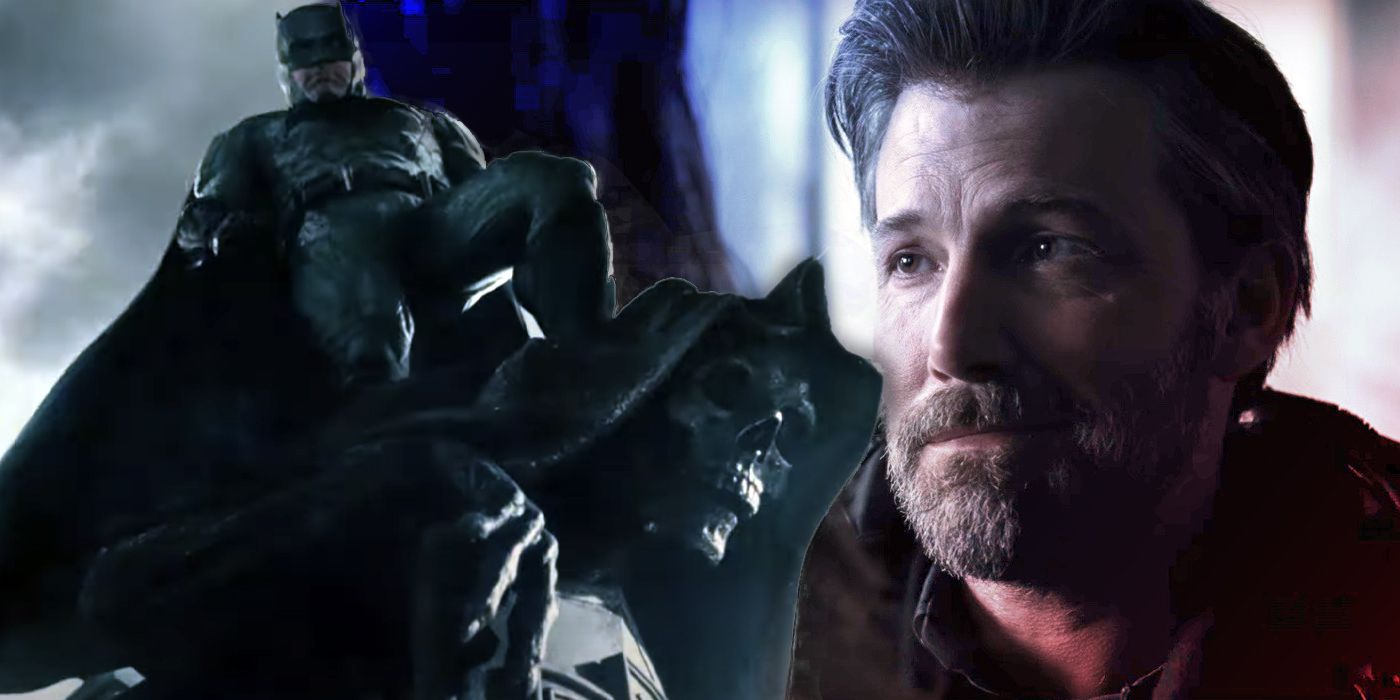 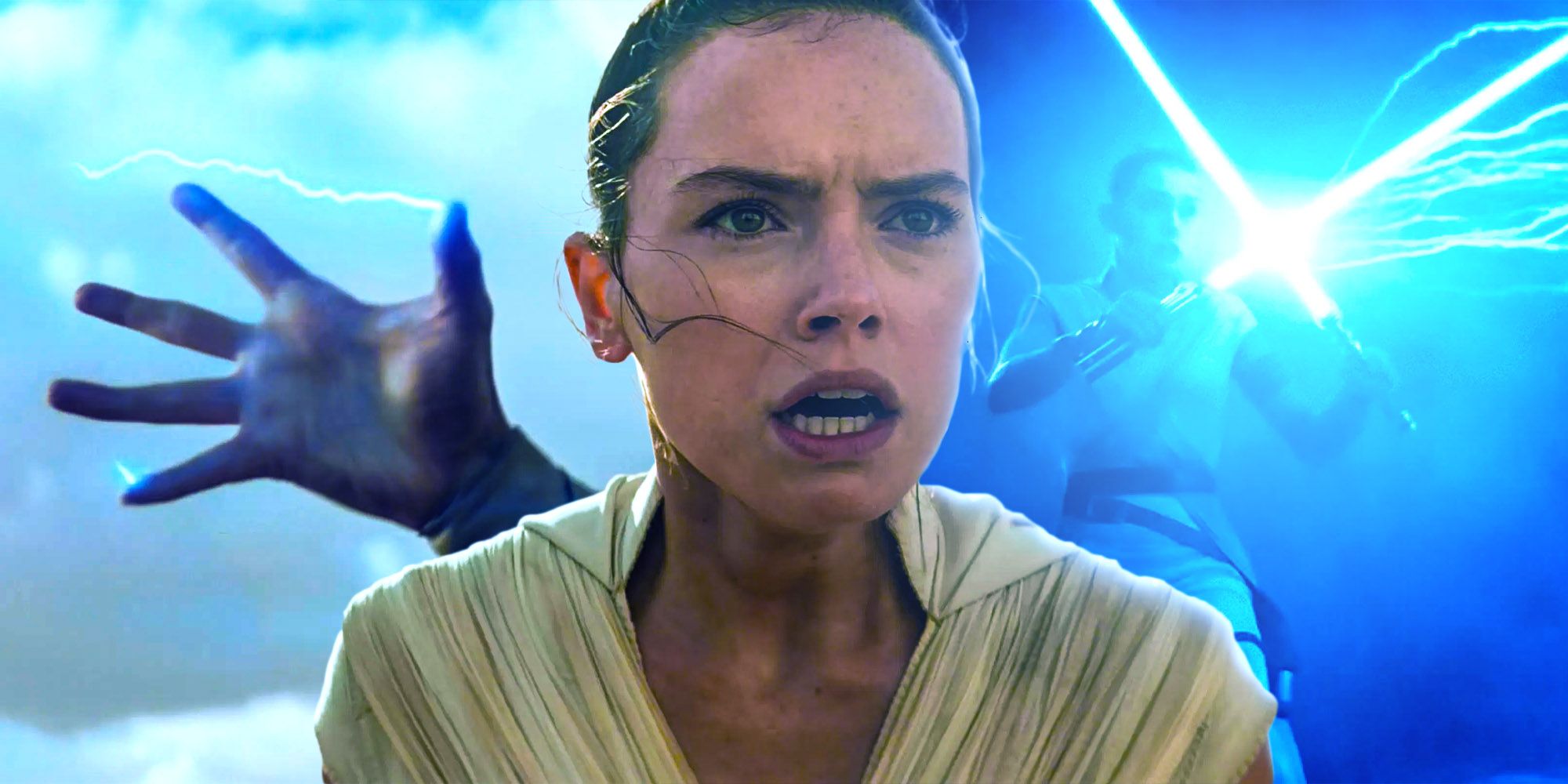 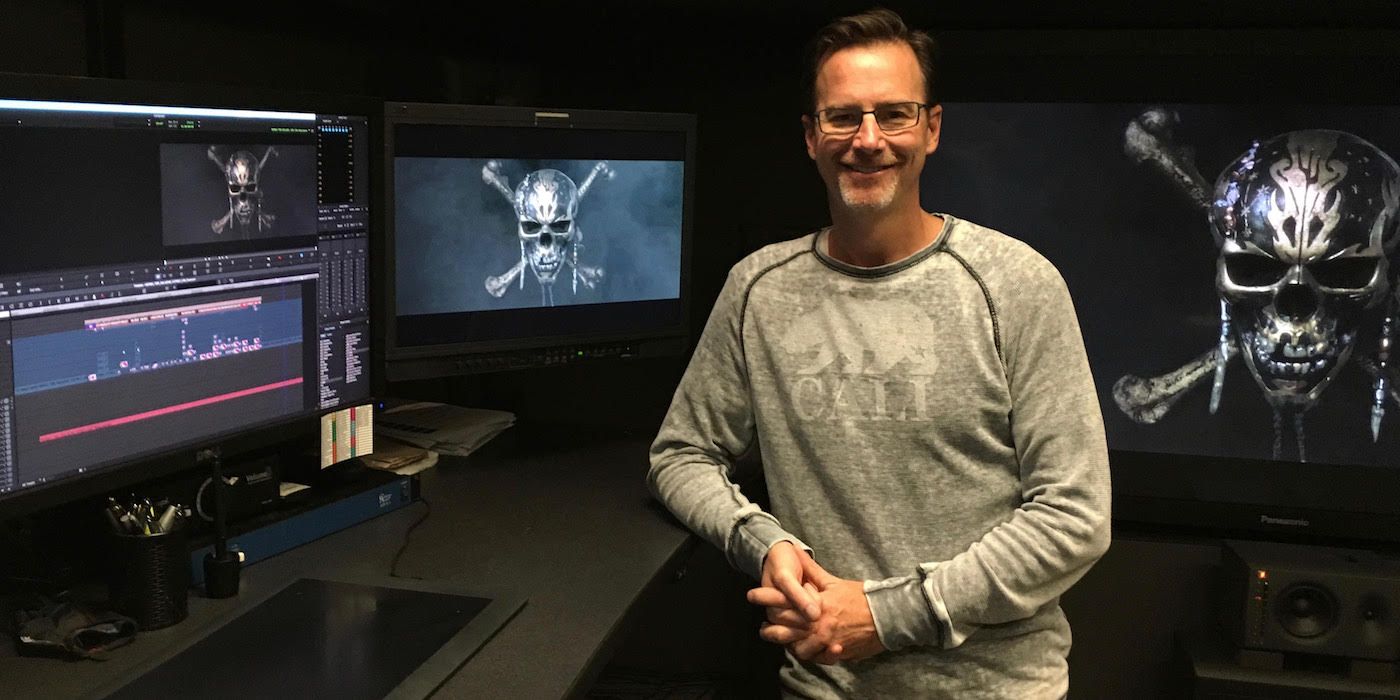 The Druun monsters are shapeless forces that serve as villains in Raya and the Last Dragon, but what do they symbolize and how can they be eliminated?

Disney’s Raya and the Last Dragon has a certified fresh rating on Rotten Tomatoes. Here’s what the critics think of the animated movie.

Disney’s Raya and the Last Dragon features an impressive voice cast of seasoned veterans and newcomers. Here’s what they really look like.

Raya and the Last Dragon follows a warrior trying to save her magical world, but there are deeper messages interweaved within the adventurous plot.