They had tooth problems. They could do math — probably. Even some Covid-19 risk factors may have been passed down from these extinct humans.

But a new study takes a different approach to the Neanderthal-human connection, examining whether or not Neanderthals had the same capacity for speech as modern humans.

While the research is speculative, it does hint at an ancient vocal communication system that rivals what people are capable of today.

What’s new — Research published Monday in the journal Nature Ecology and Evolution suggests Neanderthals did have an auditory range similar to modern humans, implying an ability to produce complex speech.

Michael Breyl is a post-doctoral researcher at the Ludwig Maximilian University of Munich who has written about Neanderthal cognition. He was not affiliated with this study but tells Inverse it jibes with previous research. 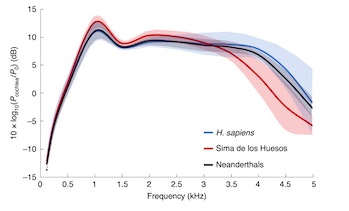 Some background — Previous research suggests the small inner ear bones of Neanderthals may have looked different from human ear bones, but they still “enable a similar auditory range as modern humans” Breyl explains.

The evolution driving this capacity began before Neanderthals existed.

“H. heidelbergensis, the chronospecies from which Neanderthals evolved from, seems to have been already well on its way in regards of sound perception, falling into the lower range of modern humans’ auditory capacity,” Breyl says.

Why does this evolutionary tidbit matter? According to Breyl, non-human primates almost exclusively use vowel-like sounds, but human language uniquely relies on consonants.

“Human language involves a broader range of vowels and, importantly, consonants which allow for a much more fluent vocalization of speech sounds as they connect vowels efficiently and themselves allow for differentiation of words,” he says.

This suggests we can connect the evolution of a species’ hearing abilities to its capacity for speech — a precursor to language. This new study explores that connection.

How they did it — Using CT scanning technology, the researchers created 3D reconstructions of five Neanderthal skulls, along with six skulls from other ancient hominins found in the Sima de los Huesos cave in Spain. These other hominins are considered a transitional group between H. heidelbergensis and Neanderthals.

Using these reconstructions, the scientists calculated two aspects of the outer and middle ear in Neanderthals and the Sima de los Huesos hominins, comparing them to modern humans.

The first aspect is the sound power transmission, which refers to the rate of sound, or noise, transmission through the outer and middle ear.

Determining the sound power transmission capabilities also allowed the team to calculate what’s called the “occupied bandwidth” of the Neanderthal’s ears. This bandwidth is directly related to the “efficiency of the vocal communication system of a species,” the study team writes.

What they found — The scientists found the occupied bandwidth of the ear was greater in the Neanderthals than in the Sima de los Huesos hominins.

More importantly, the occupied bandwidth — the hearing range of the Neanderthal — was similar to modern humans. “Neanderthals evolved the auditory capacities to support a vocal communication system as efficient as modern human speech,” the study authors write.

This overall finding signals Neanderthals and modern humans had a similar auditory and vocal range — despite having different ear morphology, Breyl explains. 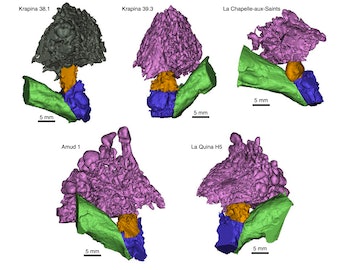 Why it matters — This new study expands on our previous understanding of Neanderthal speech in exciting new ways.

“What this new study does is basically strengthen previous findings and making their implications more probable,” Breyl says.

But it also says something about the evolution of speech. While we don’t have a sense of the language Neanderthals used to communicate, the study suggests they at least had the necessary hardware to speak. Their abilities were like ours. What they chose to do with those abilities, isn’t known.

The increased occupied bandwidth in Neanderthals compared to their predecessors, in turn, suggests a capacity to produce high-frequency voiceless consonants, which the study says may represent “the evolutionarily oldest group of consonants.”

Certain types of voiceless consonants occur in more than 90 percent of the world’s languages, showing just how important these consonants are to the evolution of human speech.

“It is important to note, however, that ‘speech’ is not to be confused with ‘language,'” Breyl says.

“One denotes the ability to produce sounds and the other is a cognitive system that may be externalized as speech.” 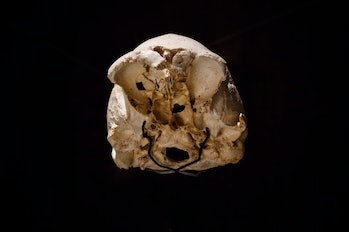 What’s next — According to the study, the increase in the ear’s occupied bandwidth likely occurred in both Neanderthals and humans some time after their last common ancestor.

It’s still not entirely unclear how this evolution in the ear occurred. The researchers suggest two possible hypotheses that they’d like to test in further research.

If gene flow occurred, then we may owe our speech, and ultimately, our complex language abilities, to our ancient Neanderthal kin.

“This does not automatically imply modern language use … but fully modern Neanderthal language is at least in the realm of possibility due to these [and other] findings,” Breyl says. 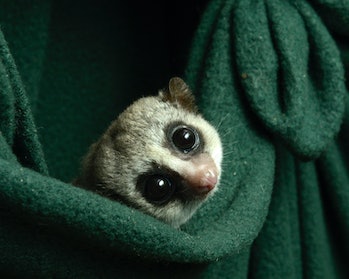 In the world of science, a slumbering lemur is something to get excited about.