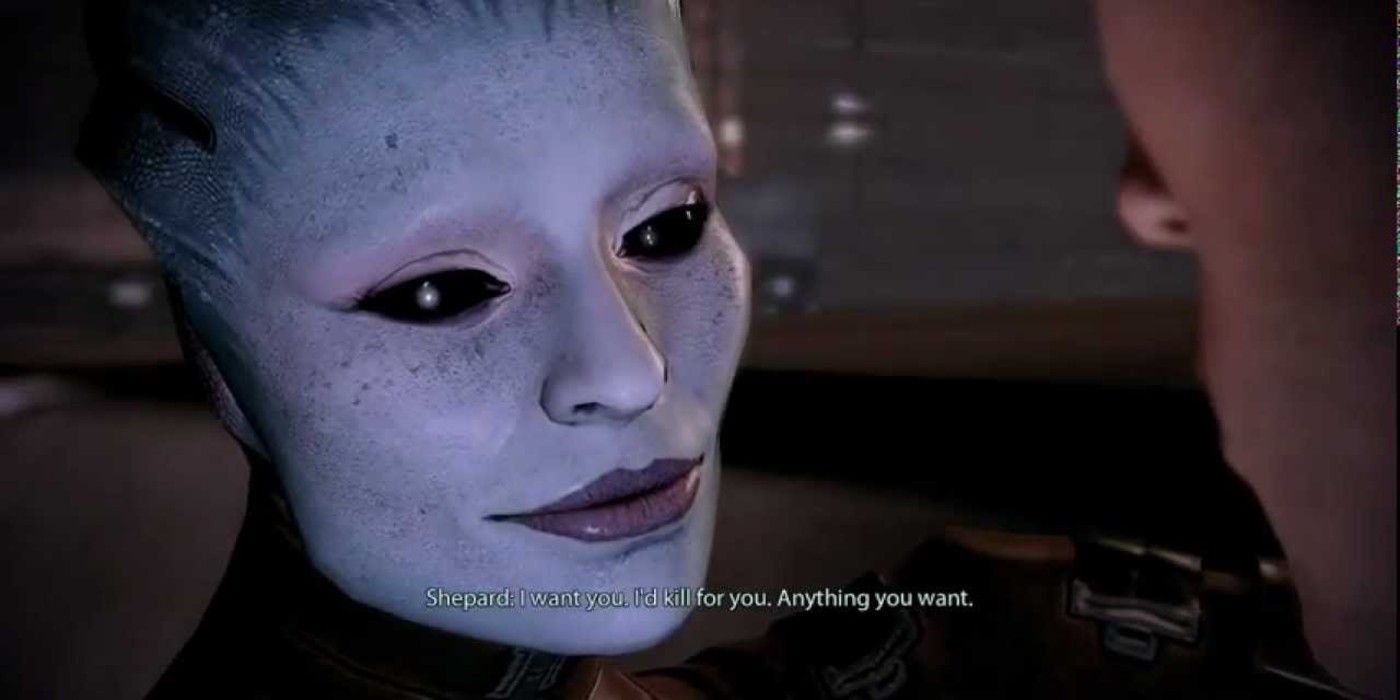 During Acts 1 and 2 of Mass Effect 2, players will spend time traveling throughout the galaxy to recruit squadmates, both familiar and new, based on dossiers from the Illusive Man. Mass Effect 2 has by far the largest squad in the series, with up to 12 possible companions, including two DLC characters. Players can usually only travel with two at a time, but this large group eventually gives them an advantage in the Suicide Mission that serves as the endgame. There is an optional, hidden companion players can recruit, however, but it is locked behind one of the most difficult Paragon/Renegade morality point checks in the game. If players manage to pass it, they will have the option to betray Samara, the asari Justicar, and instead recruit her daughter, Morinth, the dangerous Ardat-Yakshi serial sex murderer running rampant on Omega.

During Samara’s loyalty mission, players will confront Morinth and will need to get and keep her attention. Once Morinth invites Shepard back up to her apartment, players can converse with her. At this point, if their Paragon or Renegade score is high enough, they will have the option of recruiting her in place of Samara. There are benefits and drawbacks to doing so, in both Mass Effect 2 and Mass Effect 3, and her powers are comparable to Samara’s. For players looking to change up their squad somewhat, here’s how to recruit Morinth in Mass Effect 2. 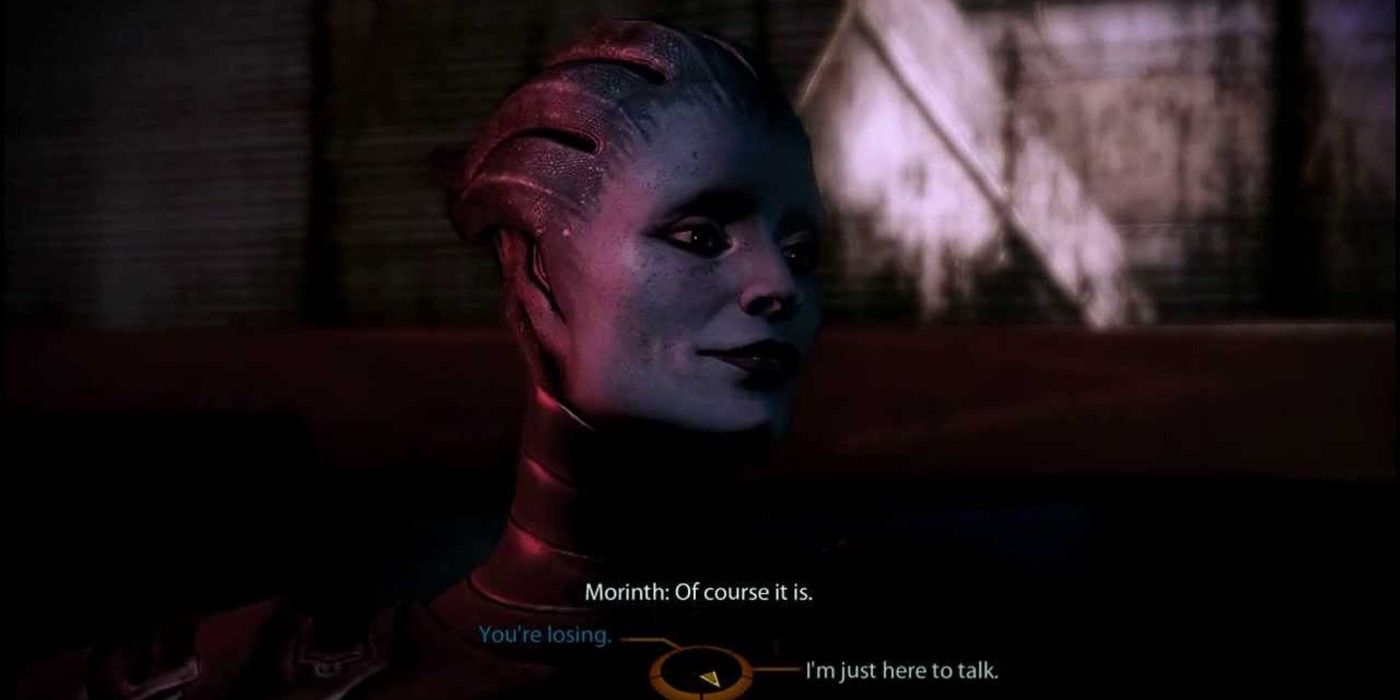 After Shepard joins Morinth at her apartment following their conversation in the Afterlife VIP section, players can look around the apartment for a little while. When they are ready, they can have Shepard sit on the sofa beside Morinth, and the two will begin to talk. As Morinth attempts to seduce Shepard, a Charm and Intimidate dialogue option should appear on the dialogue wheel. If these options are grayed out, then players do not have a high enough Paragon/Renegade score to use them, and they will not be able to recruit Morinth. Instead, Morinth will succeed in hypnotizing Shepard, but Samara will appear, the two will fight, and Samara will end up killing Morinth as planned.

If the options are highlighted in blue or red, however, players have access to them. Selecting either the Charm or Intimidate option ensures Shepard cannot be hypnotized by Morinth. When Samara enters the apartment, during the brief biotic battle cutscene, players can choose whether to let Samara complete her mission and kill Morinth, or they can choose to kill Samara instead. Choosing to kill Samara immediately earns players Morinth’s loyalty. Morinth will assume the appearance of her mother to avoid suspicion aboard the Normandy and will become part of the team.

This is an extremely demanding Paragon/Renegade check and requires players to have earned most of the Paragon/Renegade points available to them up to this point in the game. It is best for players to select either Paragon or Renegade and exclusively make morality choices that fit their selected alignment. In addition, if a cutscene interrupt appears for the player’s chosen alignment, they should take those actions as often as possible for bonus points. 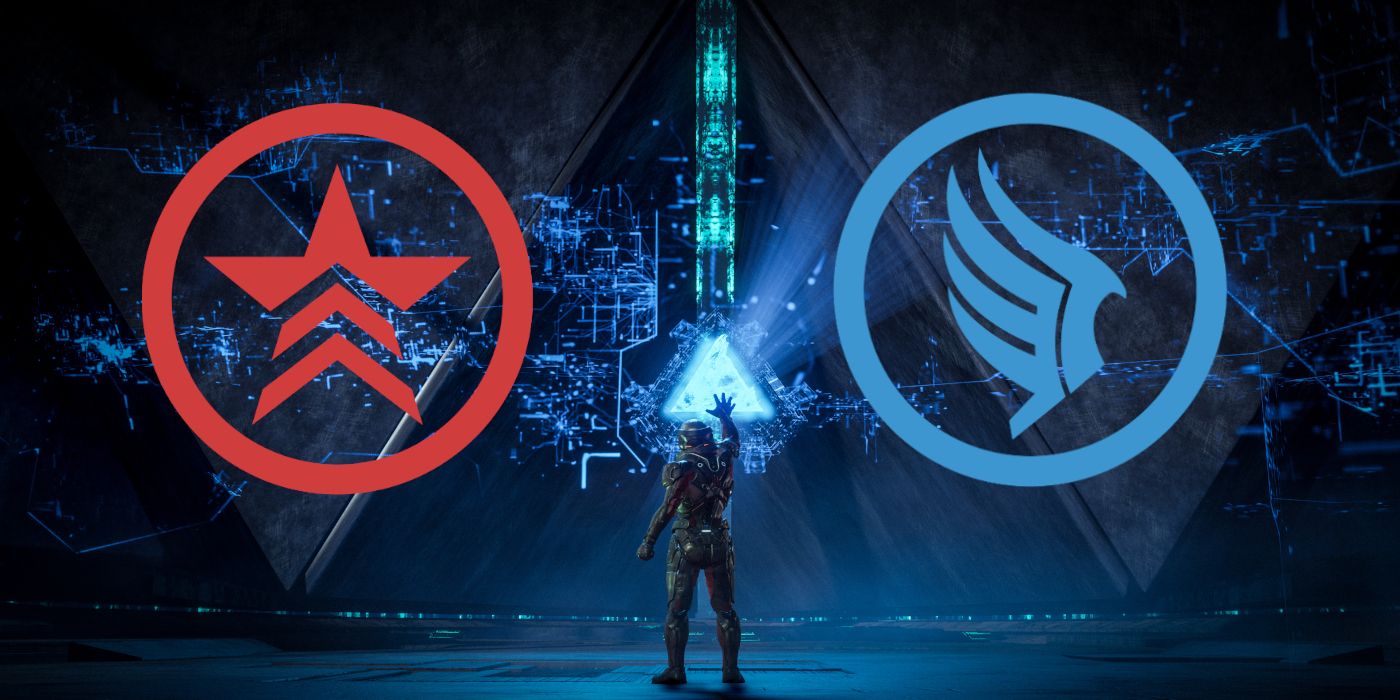 To make it easier to pass this check, players should make sure to earn as many morality points as they possibly can, particularly in hubs like the Citadel, Omega, and Illium, and then initiate this mission as soon as Samara asks. The longer players wait, and the more morality points are open and available from active missions, the more difficult this and other late-game Paragon/Renegade checks become.

Morinth has four powers players will allocate points to. These are:

She can use Submachine Guns and Assault Rifles in combat as well. Players can use her anywhere they would normally place Samara, especially during the Suicide Mission. 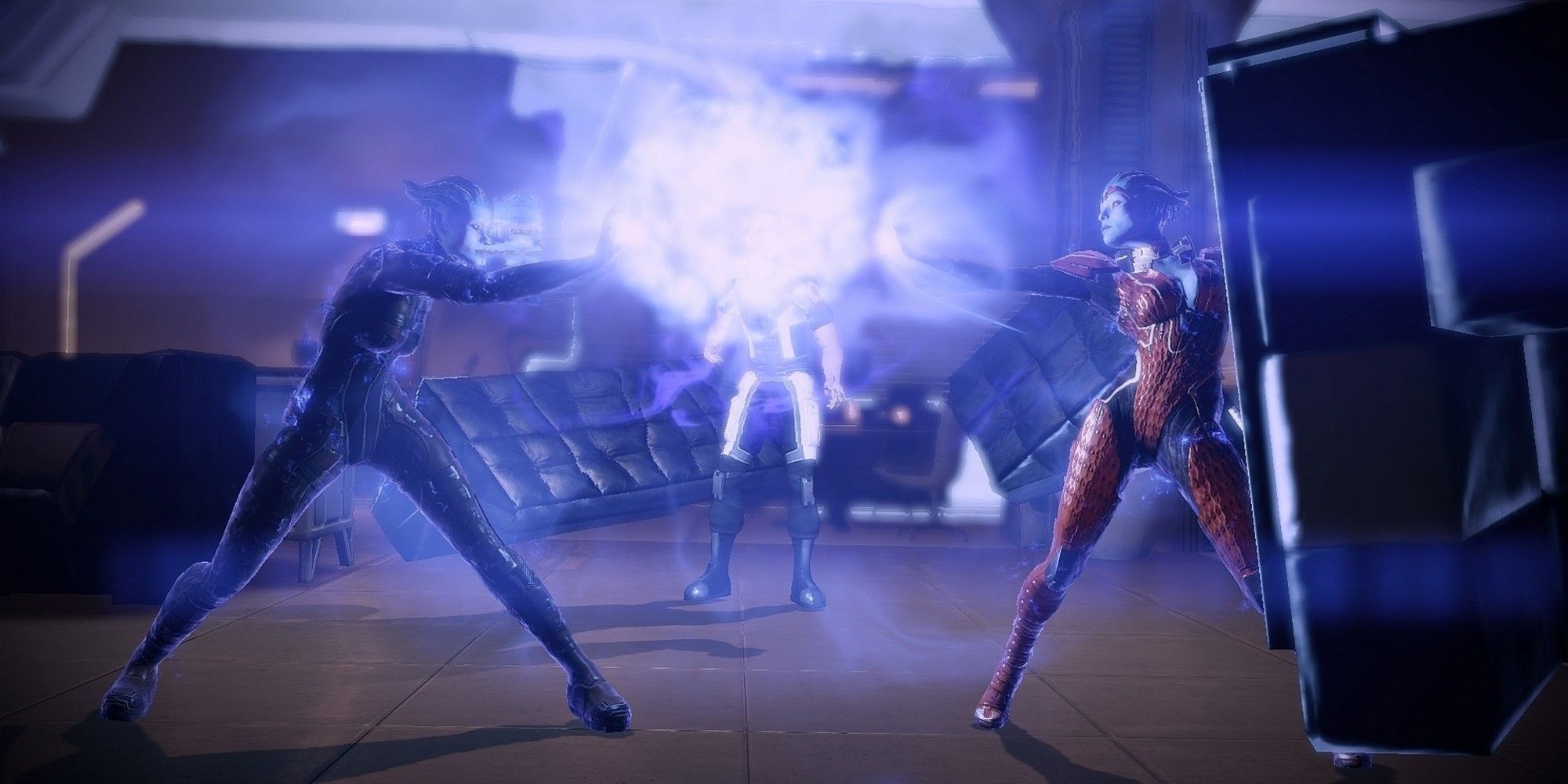 Choosing to recruit Morinth does have a few drawbacks, however. In Mass Effect 3, unlike Samara, Morinth does not appear during the mission to the Ardat-Yakshi Monastery on Lesuss. Shepard will receive an email from her sometime after visiting the Citadel and speaking with the Council the first time, and, during the mission on Lesuss and at Liara’s Shadow Broker Information Terminal, Shepard can see emails from Morinth to her sisters that were intercepted by the Superintendent. Later, during the assault on Earth, Morinth appears as a Banshee, having been changed like the other Ardat-Yakshi by the Reapers. Shepard and their squad will have to fight and kill her in the end.

It is best to avoid romancing Morinth. Though Shepard can continue to flirt with her once she has been recruited, and though she assures Shepard that they appear to be strong enough to survive being intimate with her, this is not the case. If Shepard pursues the romantic options and sleeps with Morinth, they will be killed.

Mass Effect: Legendary Edition launches May 14, 2021 for PC, PlayStation 4, and Xbox One, with forward compatibility for PlayStation 5 and Xbox Series X/S. 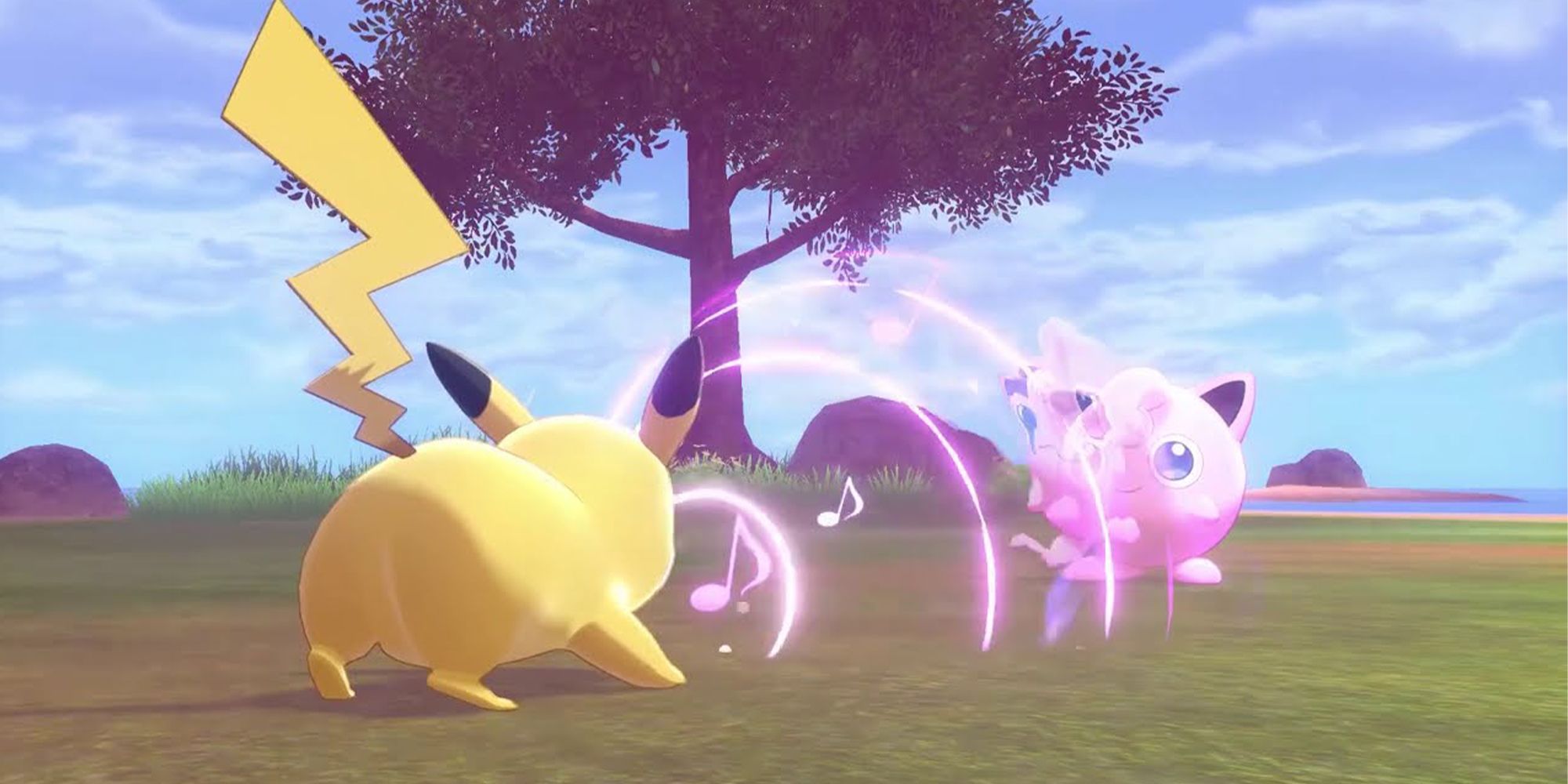 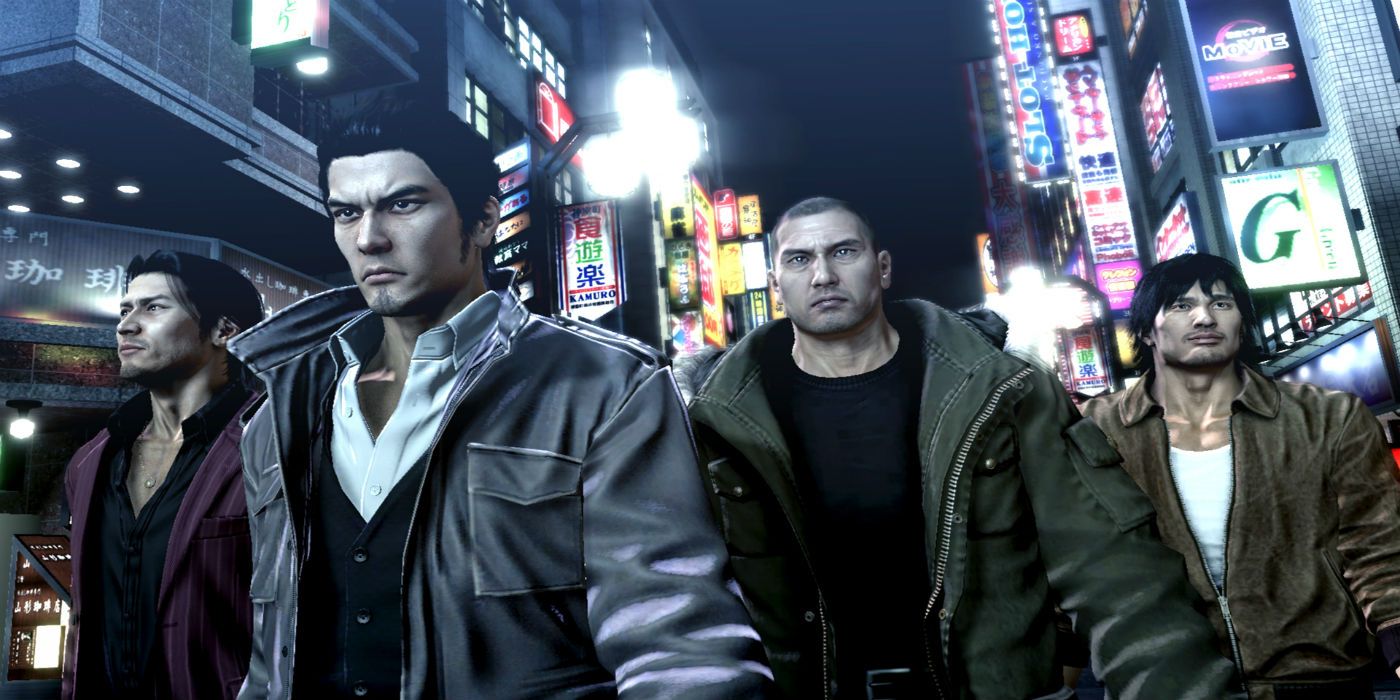 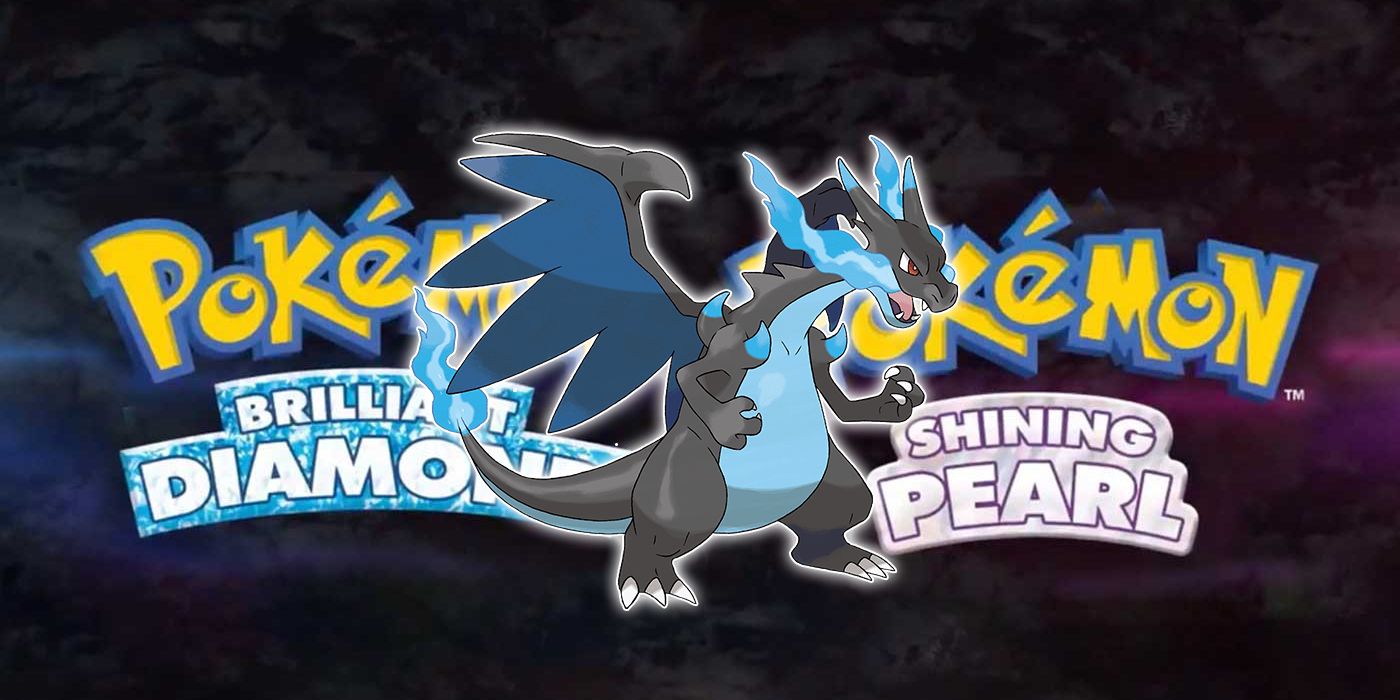 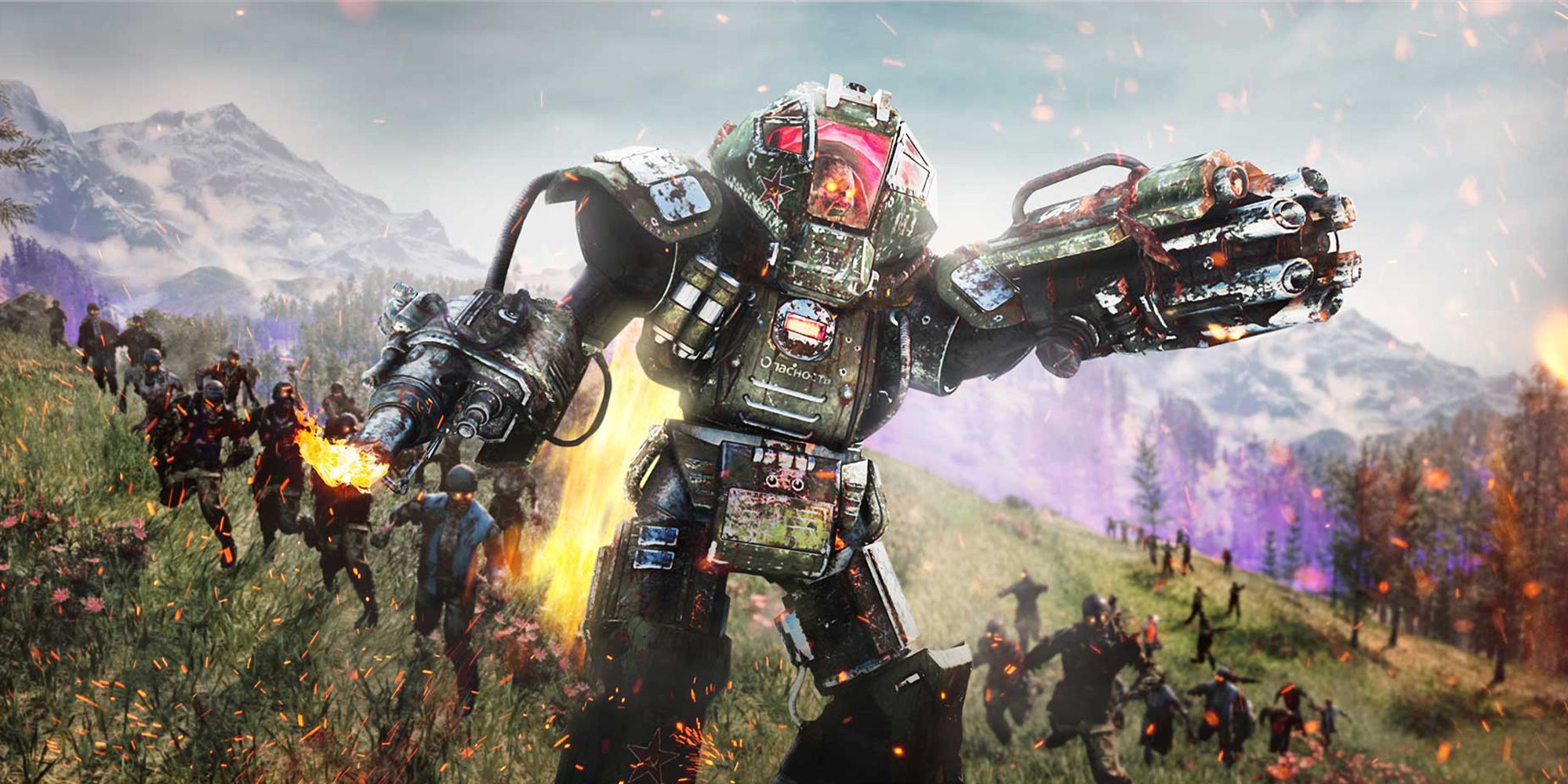 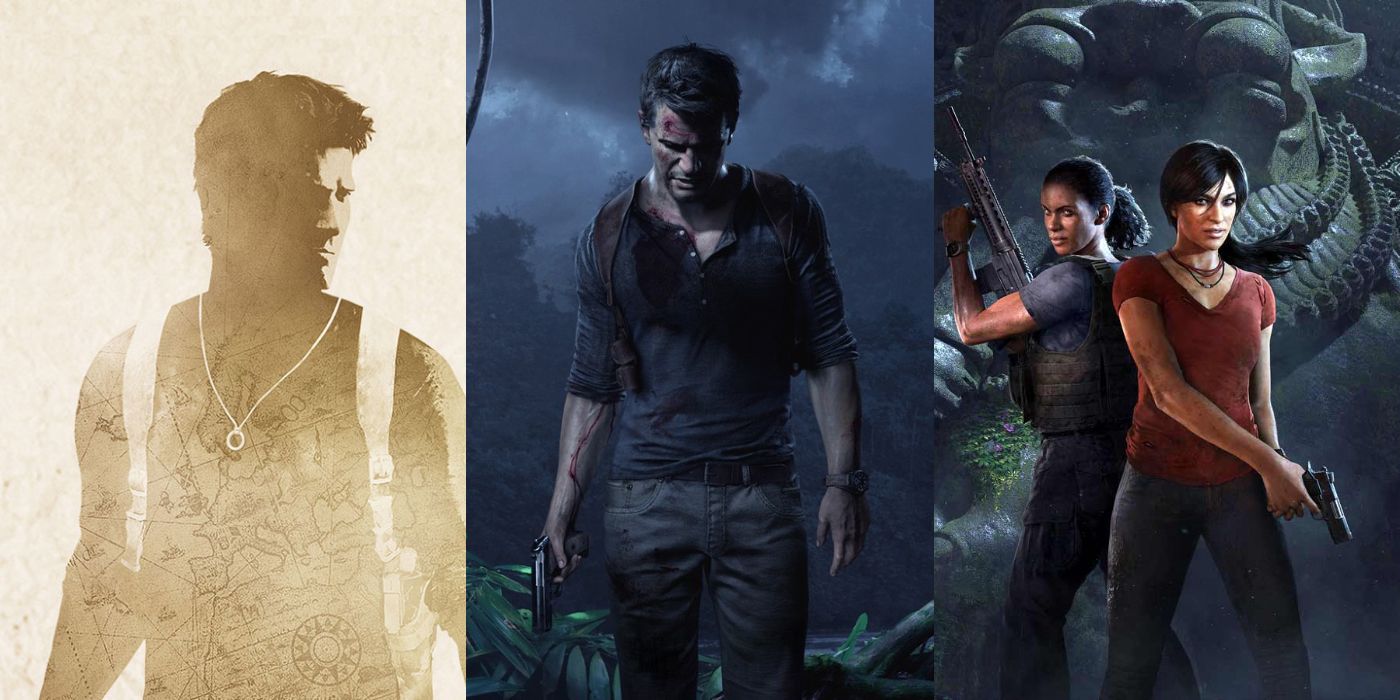 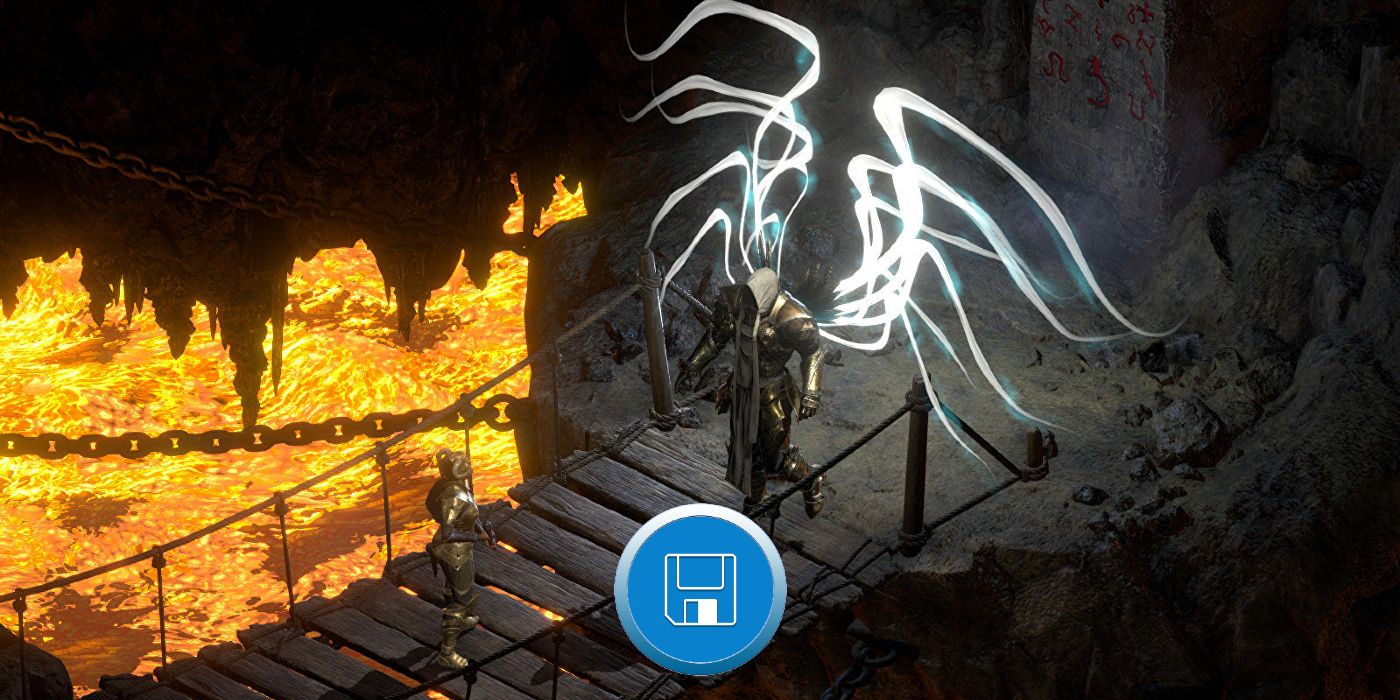 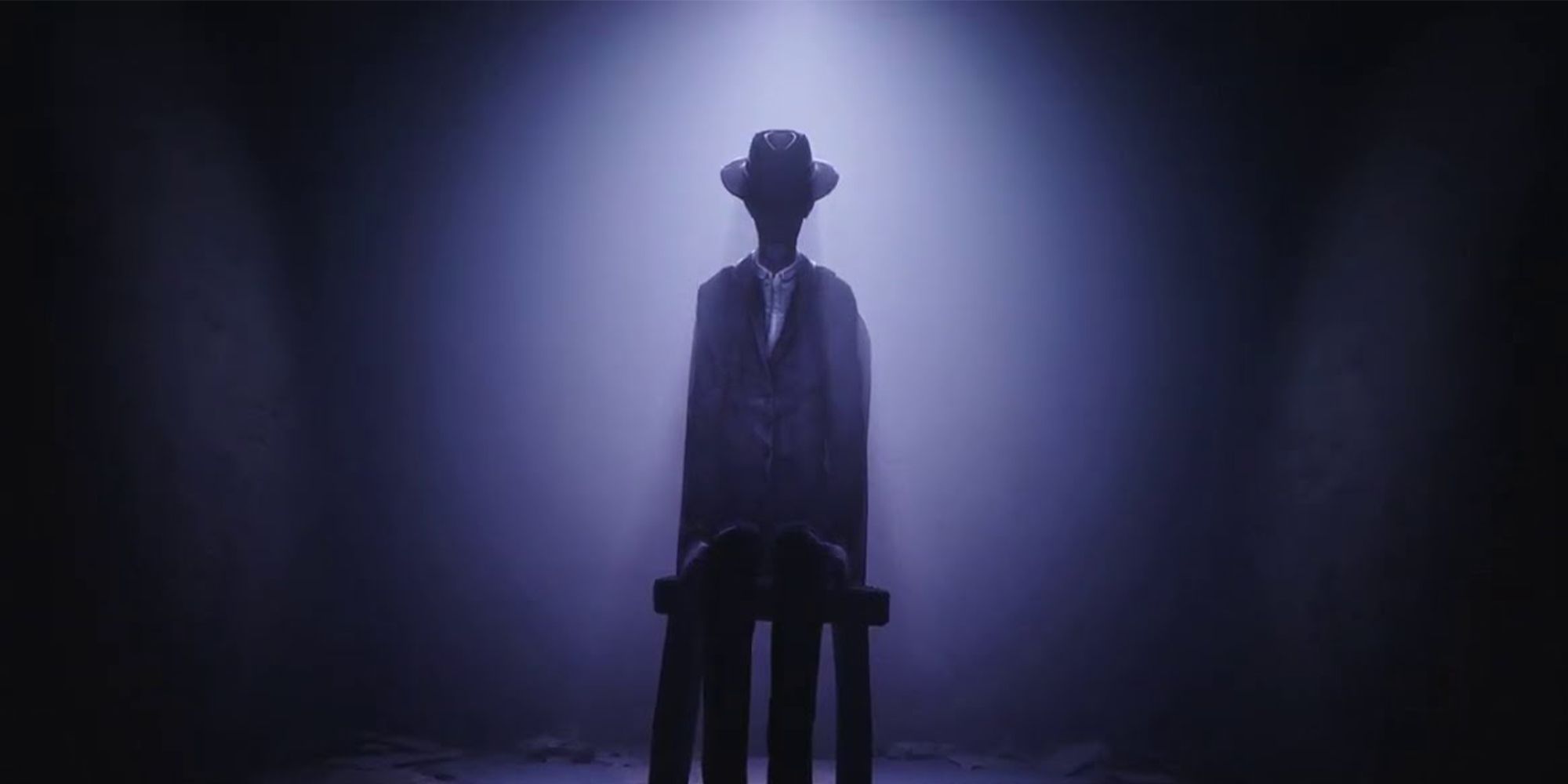 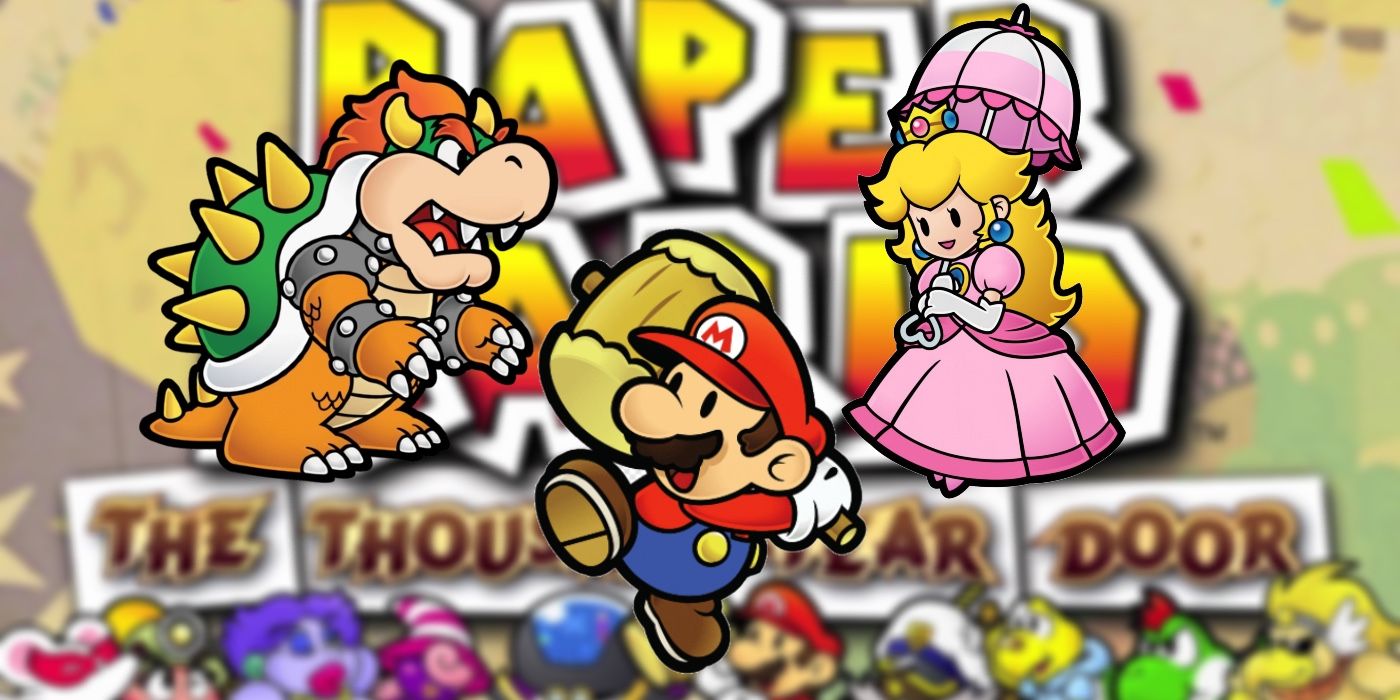 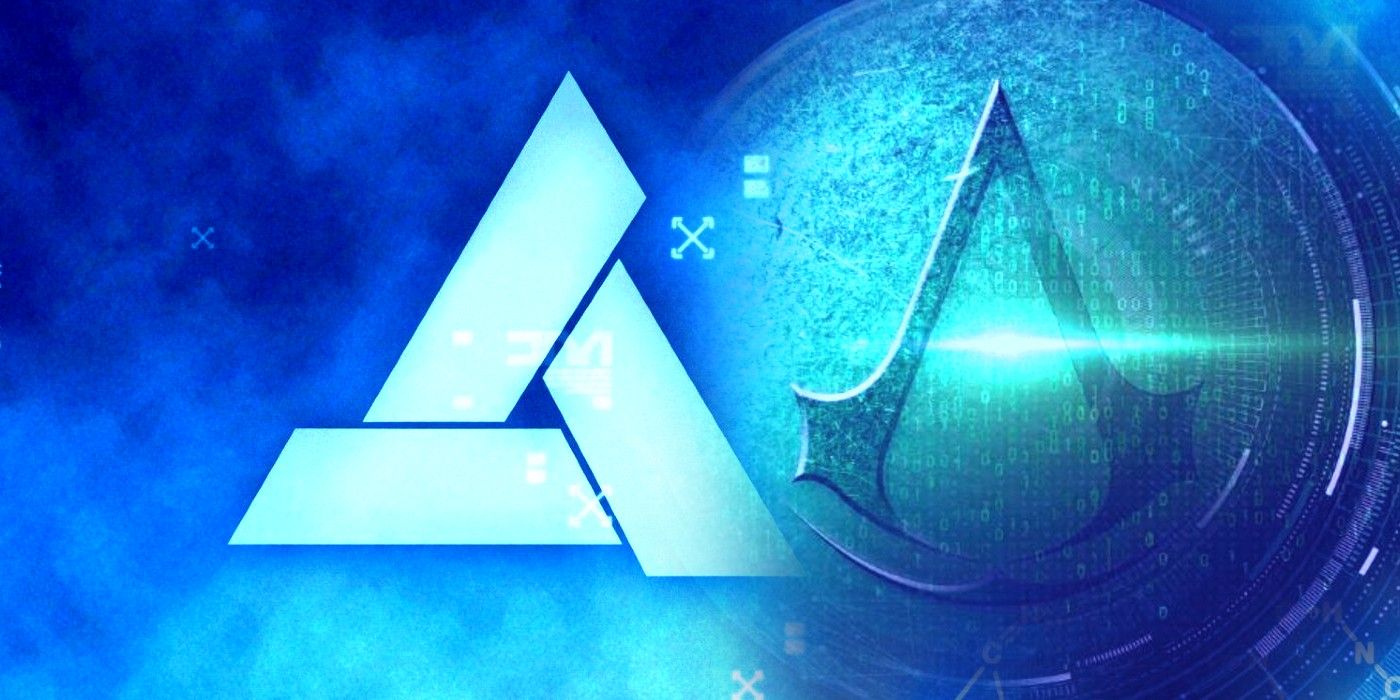 Categories: Game Guides
Tagged: an advantage in the Suicide Mission, avoid romancing Morinth, earn as many morality points as they possibly can, including two DLC characters, Morinth appears as a Banshee, Samara, select either Paragon or Renegade, the asari Justicar

During Samara’s loyalty mission in Mass Effect 2, Shepard needs to get and keep Morinth’s attention. Players can easily fail if they aren’t careful.

Steve Cortez is the Normandy’s shuttle pilot in Mass Effect 3. Players can complete a hidden loyalty mission to keep him alive during Priority: Earth.