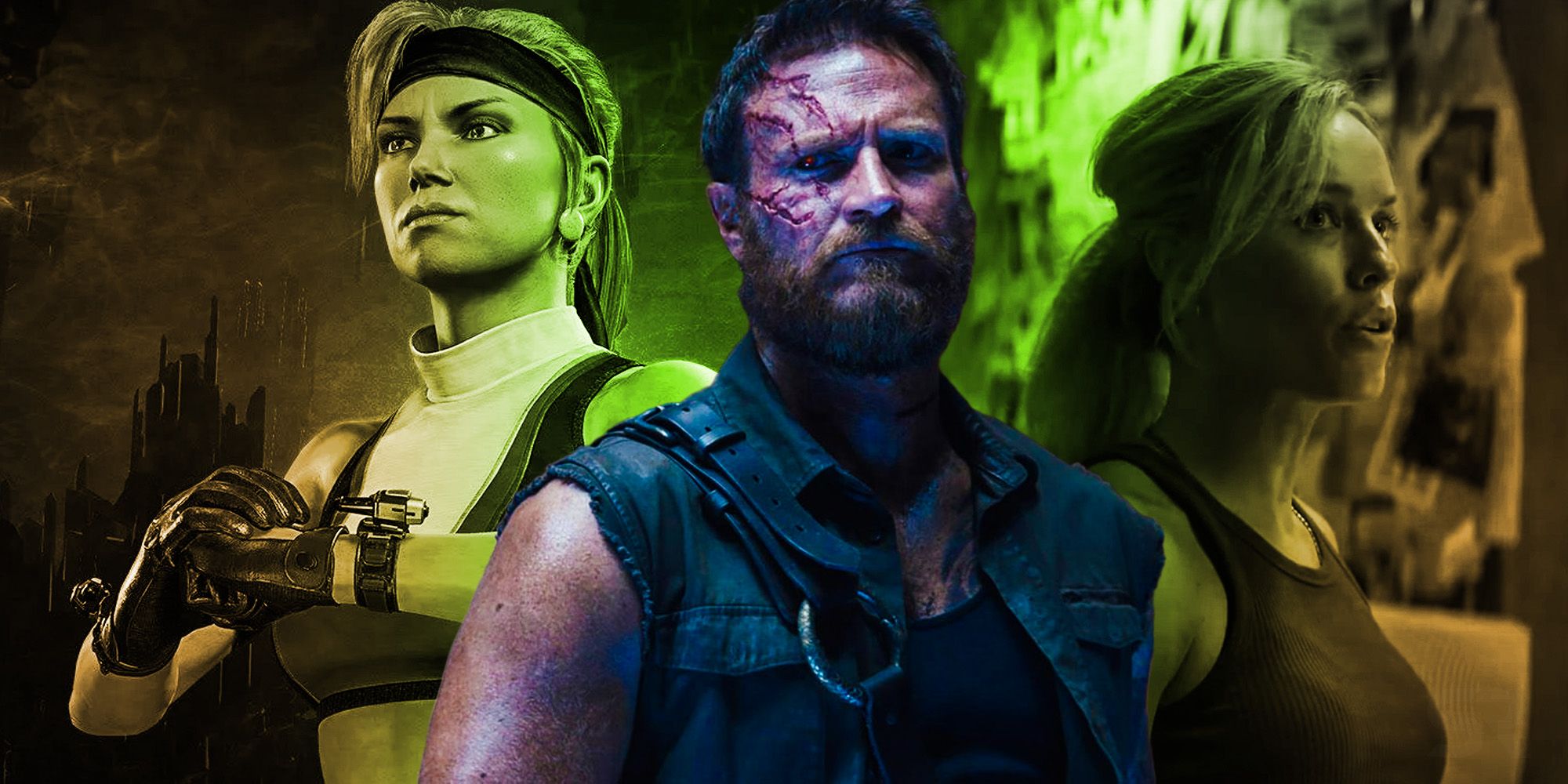 Like the 1995 Mortal Kombat movie, the new reboot from director Simon McQuoid will focus on the eponymous tournament between the warriors of Earth and the villainous forces of Outworld. Lord Raiden will once again serve as the mentor and leader of Earthrealm’s fighters as they battle against Shang Tsung’s own champions. Of course, as in the games, plenty of the action of Mortal Kombat looks to be set outside the boundaries of the tournament.

The Mortal Kombat trailer has also shown off lots of iconic moves and fatalities from the games, including Scorpion’s spear, Kano’s laser eye, and Liu Kang’s dragon fatality. Even some of those abilities have been tweaked, however, and they aren’t the only changes being made in the upcoming film. Here’s every major change Mortal Kombat is making to the video games, according to the official trailer.

Overall, fans have seemed excited by the Mortal Kombat trailer, but one common complaint has risen above the rest – where is Johnny Cage? The fan-favorite, who debuted in the very first MK arcade game, seems to be absent from the new movie. Cole will serve as the outsider protagonist figure that Cage was in the 1995 movie, but it doesn’t look like the latter will even feature as a side character.

One theory holds that Cole himself is actually Johnny Cage, and that he will don the new name at the end of the film after becoming an action movie star – Cage’s profession in the games. Even if that doesn’t pan out, there are plenty of ways Johnny Cage could appear in the movie, either as a cameo or a secret reveal. For now, though, there’s no sign that Johnny Cage will be returning to the big screen with the rest of the Mortal Kombat cast. 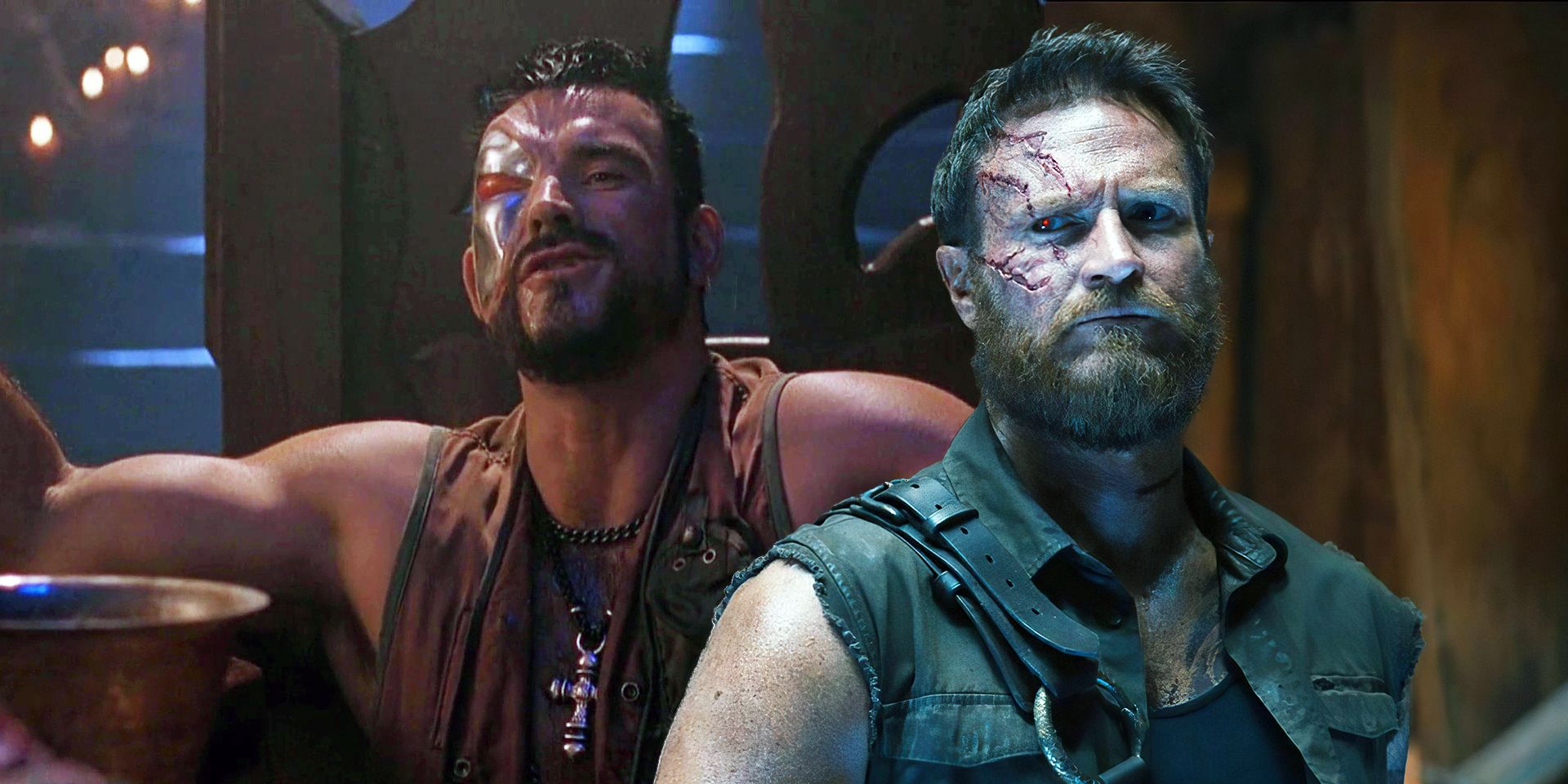 Traditionally, Kano has been a key villain in the Mortal Kombat franchise. He was a bad guy when he debuted in the very first game, and for the most part he’s served as a villain ever since. However, the reboot seems to be changing that backstory up a bit, at least at the beginning of the film. The trailer shows Kano as a hero, counted among Raiden’s usual Earthrealm warriors like Sonya – Kano’s classic game rival – and Liu Kang, rather than being pitted against them. It’s unclear whether or not that good behavior will see Kano be a hero for the duration of the movie, but it’s certainly an interesting twist on one of MK’s oldest and most prolific characters. 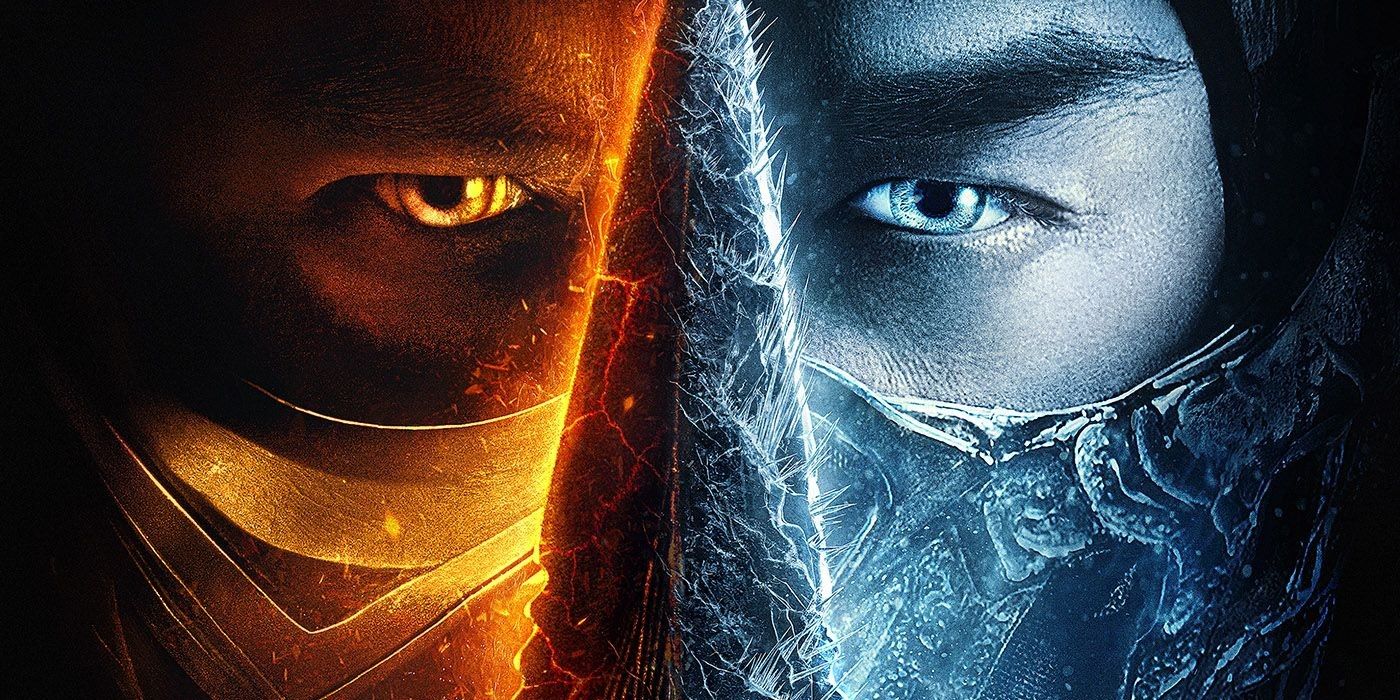 The rivalry between Scorpion and Sub-Zero is a central part of the Mortal Kombat mythos, and it plays a key role in the reboot as well. However, a number of details surrounding that rivalry have been changed from the games. Their feud begins in feudal Japan, rather than the more modern-day setting found in the games. Scorpion has also been cast as the more sympathetic of the two this time around – a change that has happened before in different MK plotlines, but which isn’t necessarily the norm. Sub-Zero will subsequently be one of the movie’s main villains and an agent of Shang Tsung. It’s unclear as of now who brings Scorpion back from the dead to exact his vengeance.

Sub-Zero, whose real name is Bi-Han, has often been a villain in Mortal Kombat, but typically as Noob Saibot, the undead shadow ninja he turns into after being killed by Scorpion. In the games, Bi-Han’s younger brother Kuai Liang dons the mantle of Sub-Zero after the former dies. Kuai Liang is usually a protagonist in the games, and some have theorized that his version of Sub-Zero might actually be Cole Young in the reboot. Cole seems to be connected to both ninjas from what’s been revealed so far, though the details will likely remain a mystery until the film’s release. 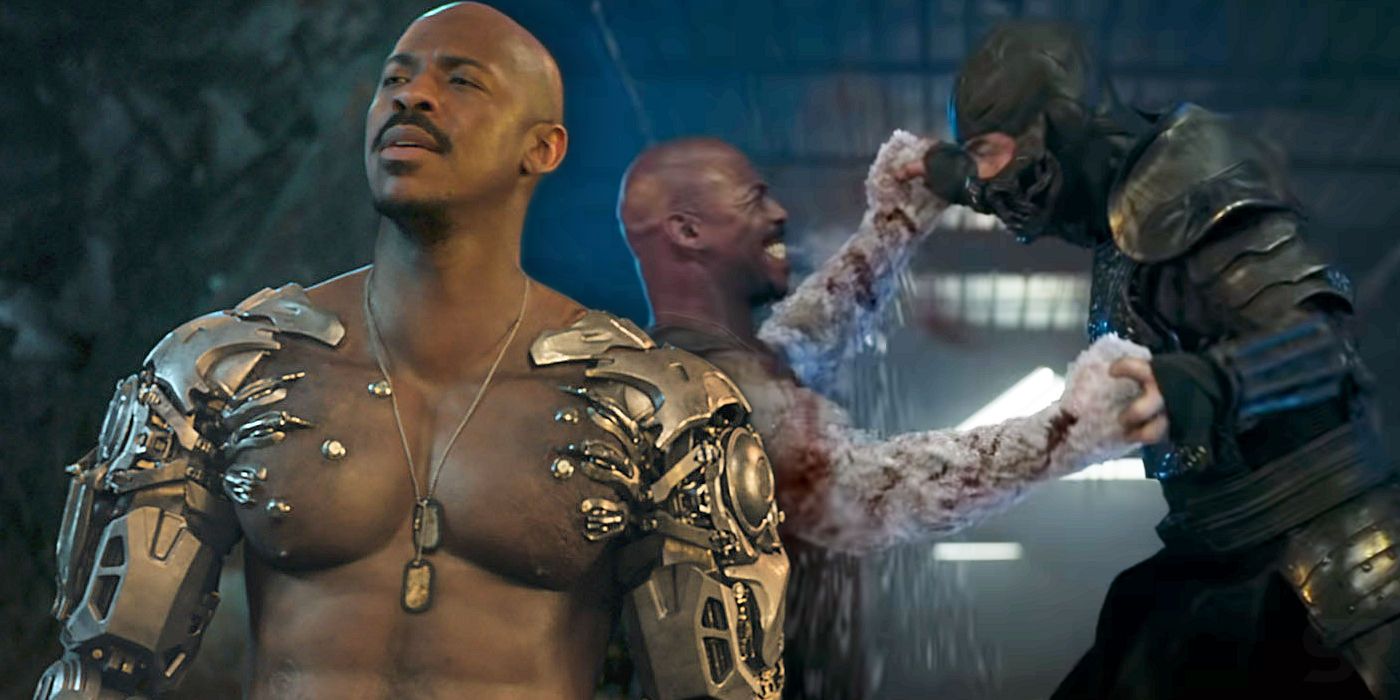 As one of the main villains of the new Mortal Kombat, Sub-Zero has been worked into the origin stories of some of the other characters – namely, Jax. In the games, Jax loses his arms when Ermac uses telekinesis to tear them off of his body. The new movie is swapping in Sub-Zero for the Ermac role, and the trailer shows a brutal scene where the ice ninja freezes and shatters Jax’s arms. That moment is apparently set seven years prior to the events of the film, by which time Jax has replaced his lost limbs with his signature cybernetic enhancements.

Another lesser change to Kano apparent in the trailer involves his trademark laser eye. The metal eye plate worn by Kano in the games is gone, leaving only scar tissue where it would have sat over his right eye. The eye plate has traditionally been the img of Kano’s laser attacks, but the trailer shows him blasting a powerful beam from his left eye instead, without the aid of any visible enhancement. The new Mortal Kombat is reportedly introducing personal “Arcana” as the img of the characters’ various supernatural abilities, and it’s likely that will be the new explanation for Kano’s famous laser beams. 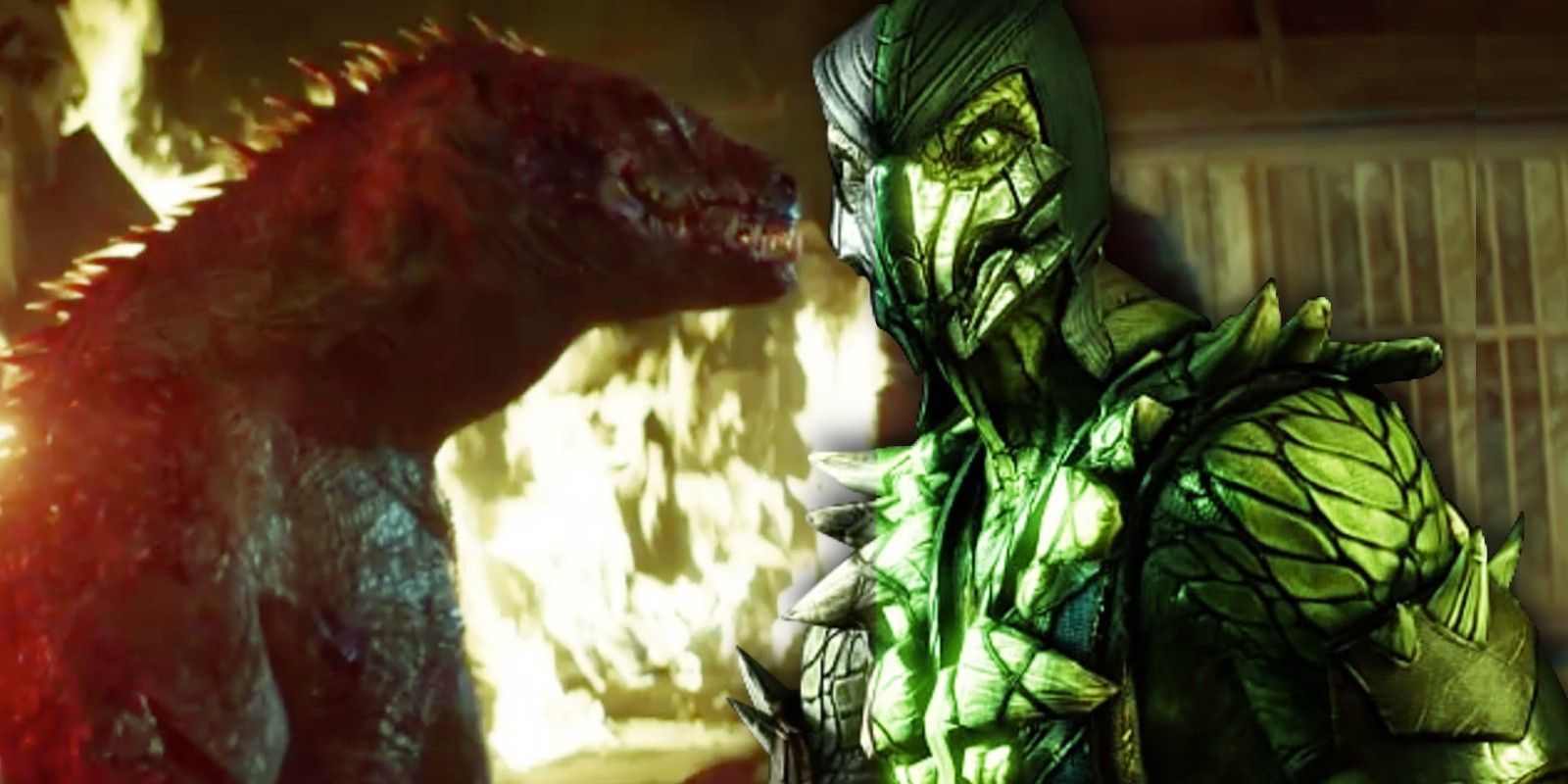 The Mortal Kombat trailer shows a monstrous creature in a few brief shots, who many believe to be Reptile. If it is indeed him, the character has been majorly changed from his traditional green ninja look. The new Mortal Kombat’s Reptile looks to be little more than a monster, somewhere between a demon bear and a crocodile. He still uses the character’s trademark invisibility, however, seemingly confirming that he is the same Reptile who appears in the games. Aesthetic character changes are natural when adapting a story for a live-action film, but Reptile’s new look is certainly the most drastic visual change to any of the fighters in Mortal Kombat. 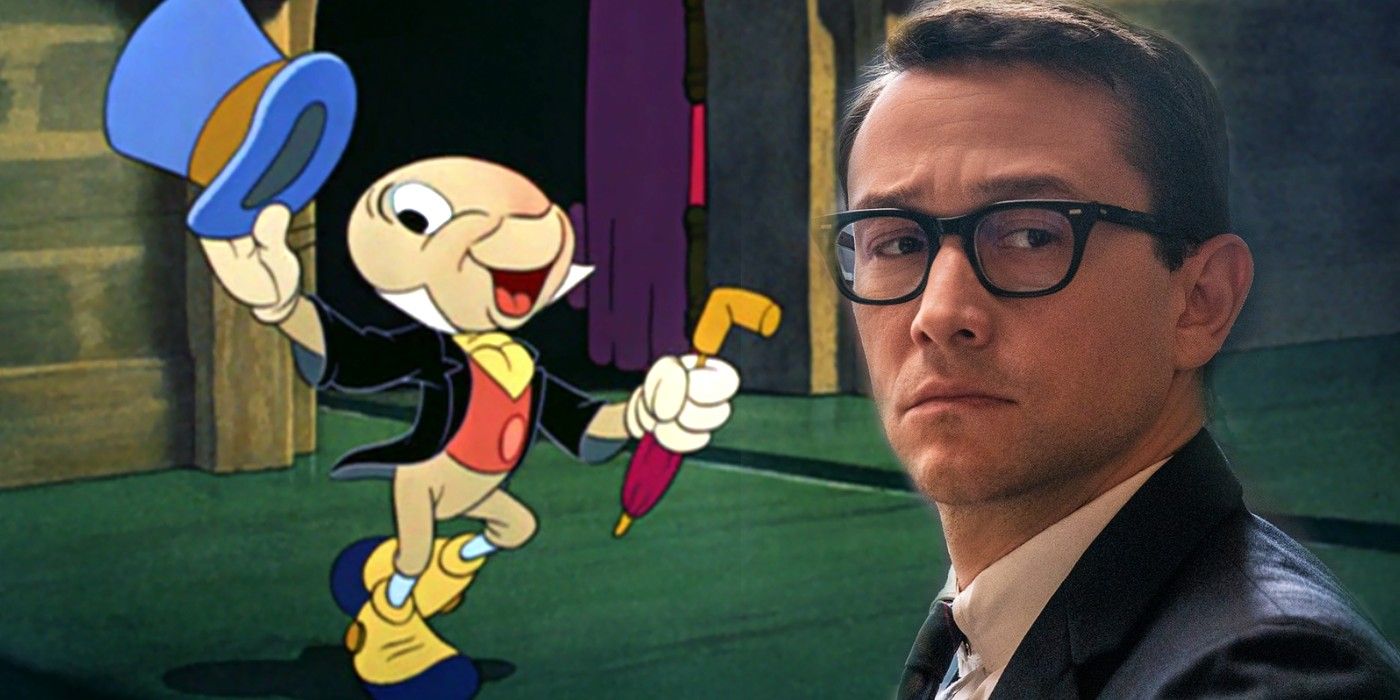 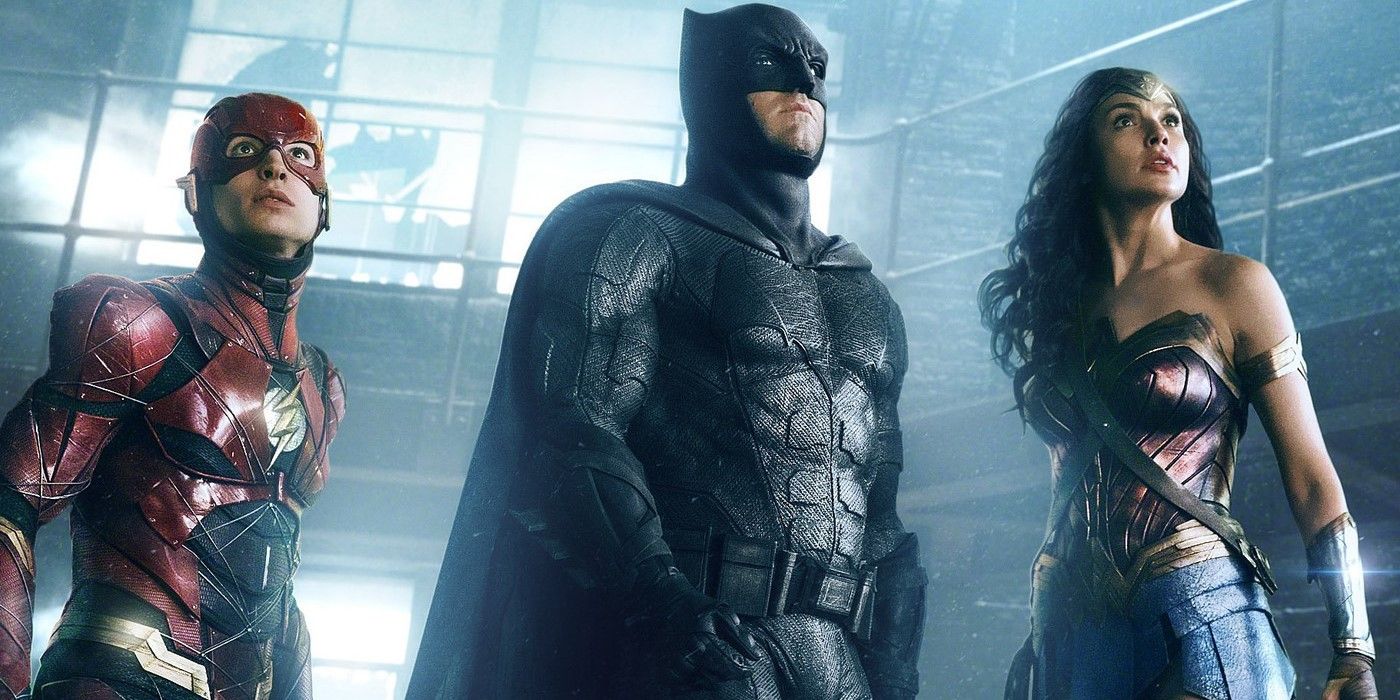 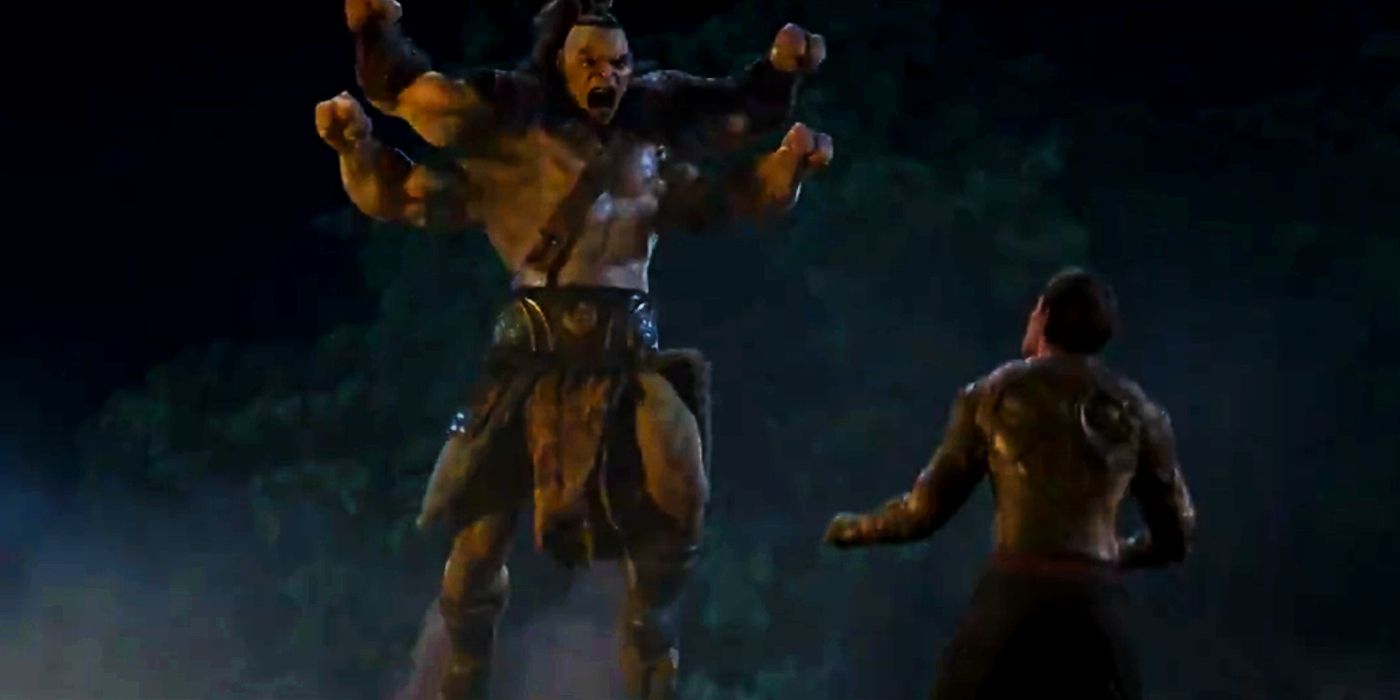 A new trailer for Mortal Kombat 2021 shows the battle between Goro and Cole, and previously unseen footage of Sub-Zero, Kano, Raiden, and more.

Johnny Cage might not appear in the new Mortal Kombat movie, but producer Todd Garner has confirmed he exists in the universe of the film.