The Fallout series has undergone an immense transformation since it was first released, and opinions on which Fallout game is the best vary greatly among fans of the franchise. While each title takes place in a post-nuclear wasteland, gameplay and environments are very different from game to game. This makes every Fallout game feel like a unique experience instead of the same depressing struggle to survive in a post-apocalyptic world.

The first Fallout game was released for PC in 1997 and introduced late ’90s gamers to the iconic world Fallout is set in. The second title was released a year later in 1998 and is the only Fallout game to be a direct sequel to another. However, when Fallout 3 was released in 2008, Bethesda took the series into the third dimension and allowed players to explore a massive open-world. Fallout: New Vegas (2010) and Fallout 4 (2015) innovated with weapon modifications and base building, but still took place in Bethesda’s iconic hyper-interactive environments. The latest installment in the series, Fallout 76, took Fallout online turning the wasteland into a massively multiplayer online game.

While they share similar formulas, not all Fallout games are the same. Each one follows a unique storyline, offers interesting companions, and provides hours of some of the best side-quests video games have to offer. The amount of content packed into each game gives them a level of replayability that is hard to find elsewhere. Here’s every Fallout game ranked from worst to best. 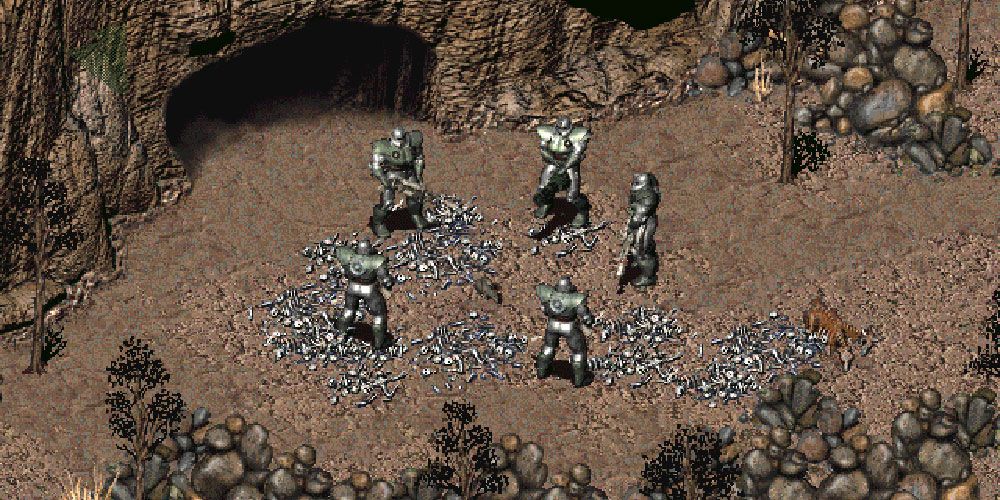 At launch, Fallout 1 & 2 were great PC games, but they haven’t stood the test of time. When discussing the best Fallout games it’s easy to ignore the first two titles, and many players will understandably leave them out due to their radical differences compared to modern Fallouts. Fallout 1 & 2 are turn-based point-and-click adventure CRPGs, and their gameplay and visuals are very outdated. Set in a post-apocalyptic Southern California, the players take control of a Vault Dweller, and the history of the nuclear fallout is laid out for the players.

Unless players have an undying need for Fallout lore, the first two games are easily skippable. Their slow pacing and lackluster gameplay make them mostly unenjoyable to play for those who are used to modern-day gaming, and skipping these titles doesn’t take anything away from the rest of the series. It’s important to be thankful for these two games that laid the groundwork for what was to come, but that doesn’t mean players have to suffer through the painful amount of time it takes for every citizen of a city to walk five steps before it’s their turn again. 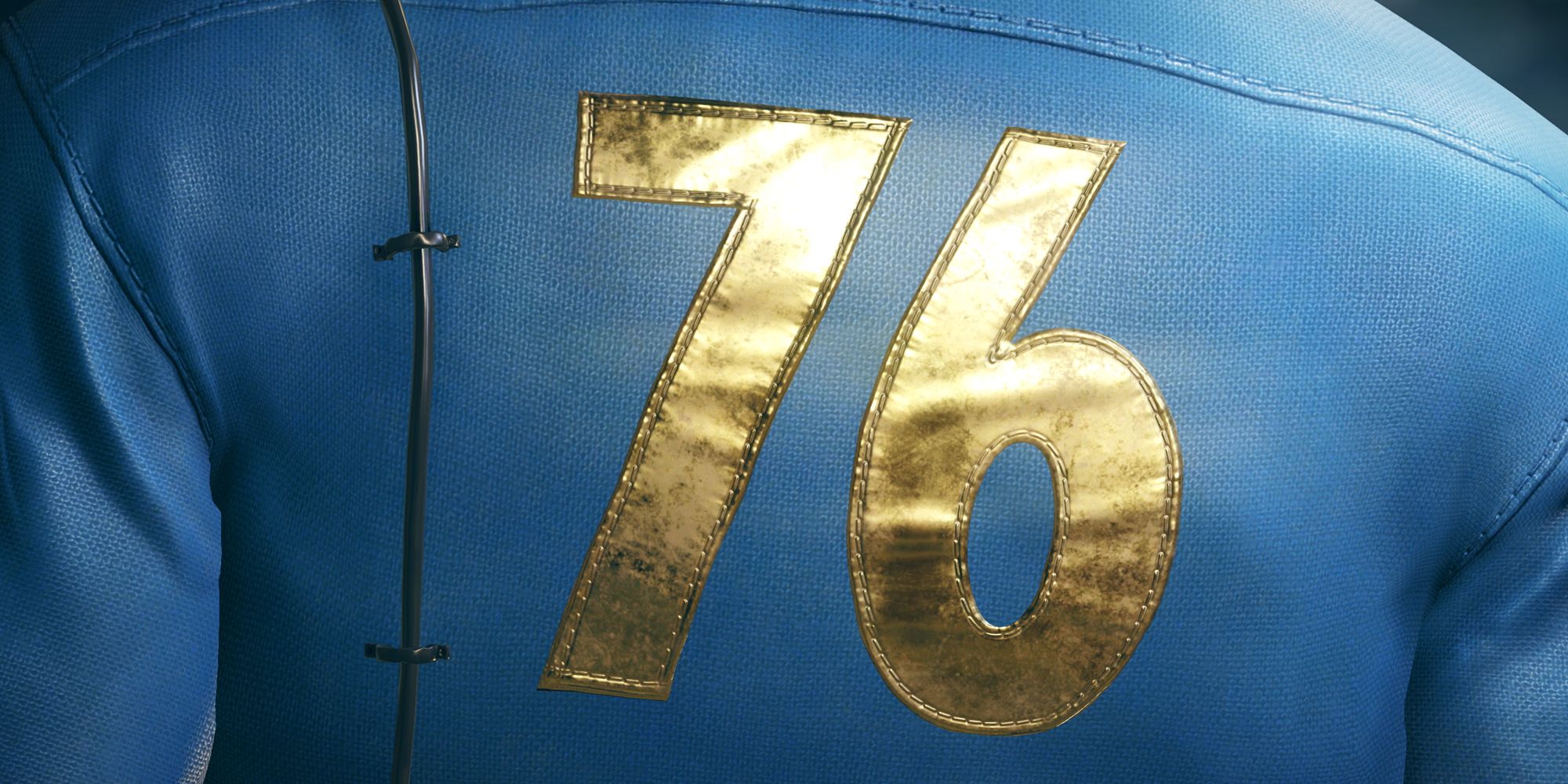 The online-only Fallout 76 isn’t a bad game, but it’s missing a lot of what makes the offline titles so enjoyable. Fallout 76 is an attempt to turn the Fallout series into an MMO, but encountering other players in the wild feels awkwardly like passing by a stranger on the sidewalk, except the stranger is carrying a rocket launcher and may or may not challenge the player to a duel. The storyline and setting are the most disappointing aspects of Fallout 76, as they don’t feel as compelling as other titles in the franchise. The game’s story doesn’t make players want to complete it, and the world isn’t very interesting.

However, Fallout 76 receives major updates periodically that make considerable changes to the game. Bethesda has since added human NPCs, additional locations, and even more quests that help expand the world and make it feel more like a traditional Fallout experience. That being said, Fallout 76 still doesn’t quite scratch the same itch as other Fallout titles, and it acts as more of a placeholder between Fallout 4 and the inevitable Fallout 5. 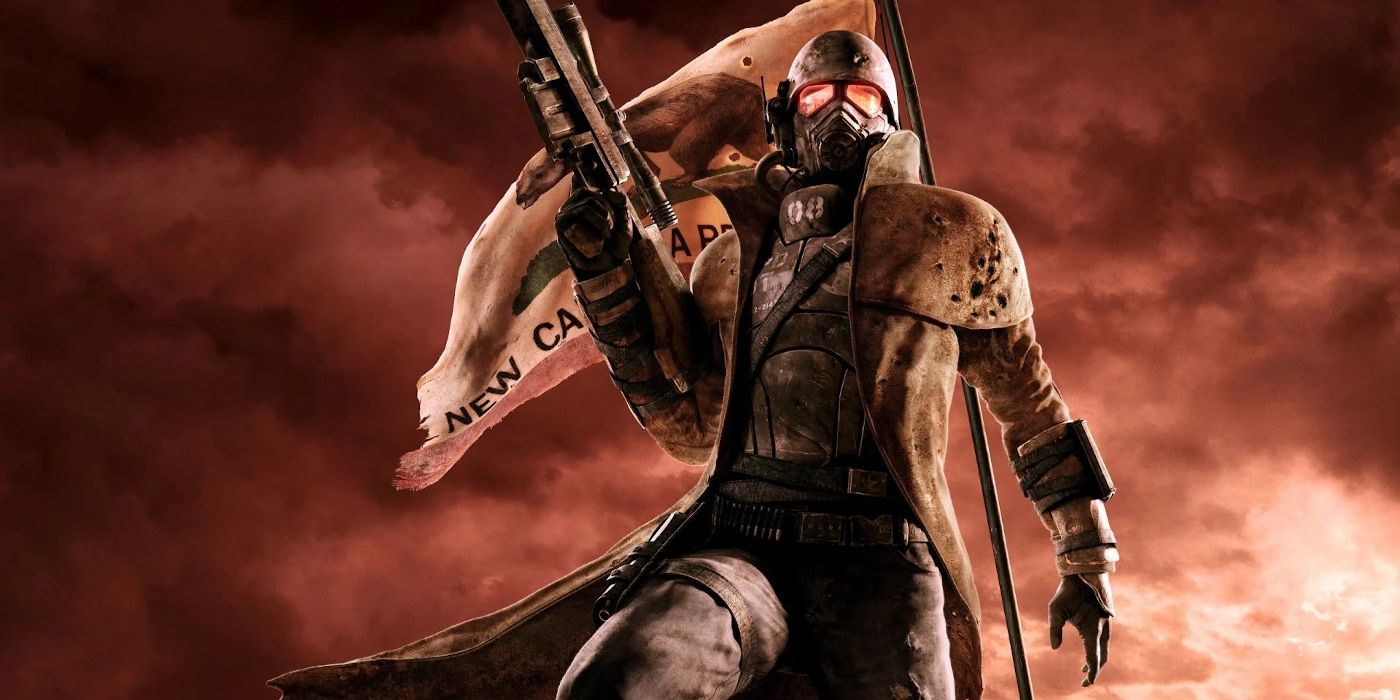 Fallout: New Vegas is hailed as one of the greatest Fallout games, and rightfully so. Set in the wasteland of post-nuclear Las Vegas, Fallout: New Vegas switches things up by not making its main character a Vault Dweller. Instead, players are a courier who is seeking revenge against the man who attempted to murder them. The wasteland is dangerous, desolate, and unforgiving; but humanity clings to life in distinctive cities and outposts. Fallout: New Vegas has a fantastic storyline and explores what life is like for those who never had a life inside a Vault.

New Vegas also introduces weapon modifications to the series, which make small changes to how a weapon functions, but they aren’t as easily accessible as they are in later games. Fallout: New Vegas is a good game to play for those who have invested time into other Fallout titles first, as it doesn’t do the greatest job of explaining the history of the war. There are also various concepts New Vegas explores that are better explained if players were to play other titles first. Regardless, Fallout: New Vegas is a great installment in the Fallout series and offers a unique take on dystopian Las Vegas. 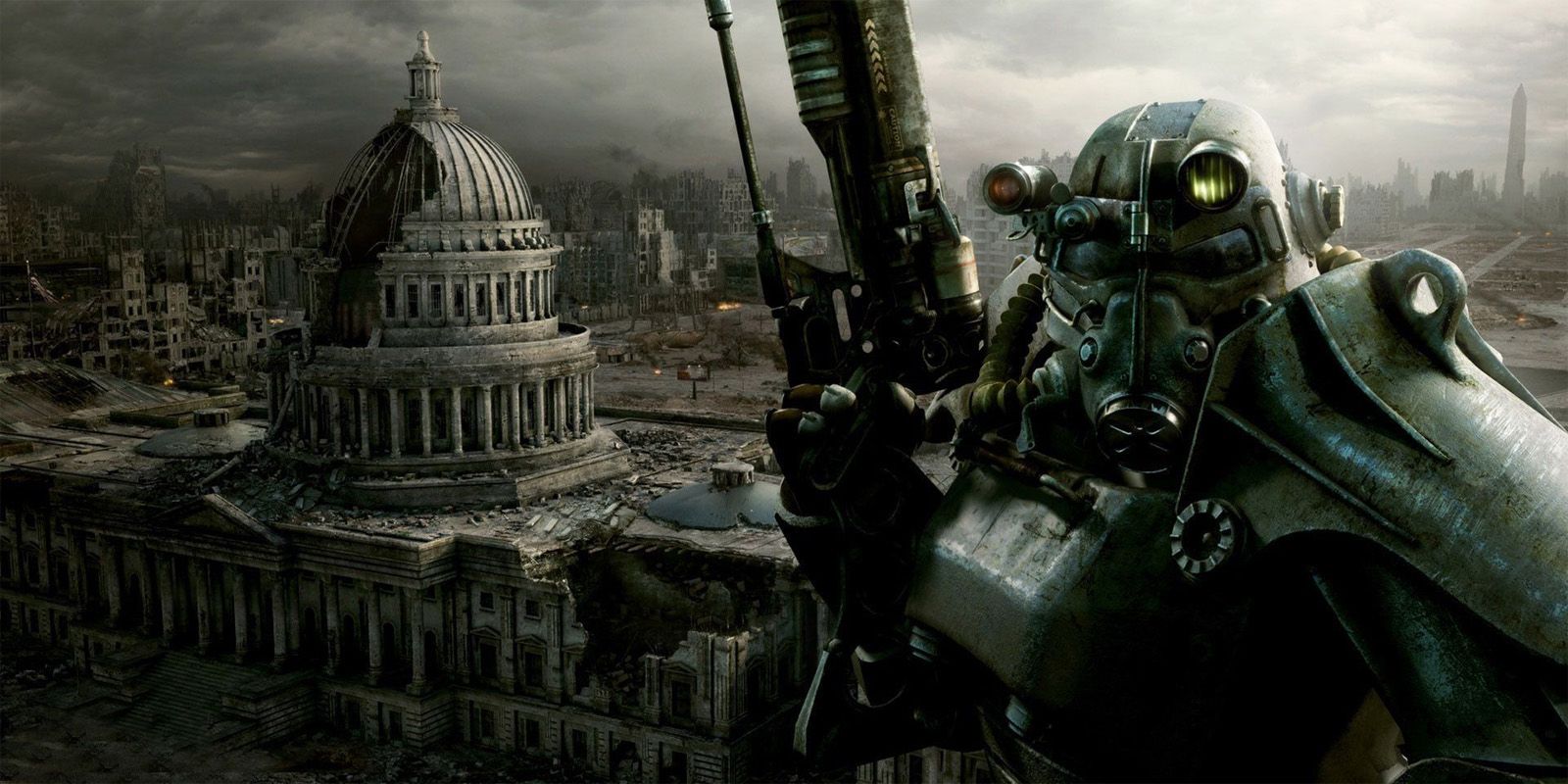 Fallout 3 is the first 3D Fallout that took the series into Bethesda’s style of open worlds, and it is one of the best places to start for new players who are trying to get into the series. Fallout 3’s storyline is one of the most exciting and most compelling, as it gives a glimpse of what it’s like to grow up in a Vault. When the player’s father unexpectedly leaves, the main character must track him down in post-apocalyptic Washington D.C. All of Fallout’s core mechanics, factions, and important historical events are introduces throughout the game’s storyline, and players are set loose in the series’ first desolate world.

That doesn’t mean that Fallout 3 is perfect. In-fact, its outdated graphics and poor FPS mechanics might make it hard to play when compared to modern-day gaming. However, its faults are overshadowed by its world, lore, and storyline. For players who are just getting into the series, Fallout 3 is the quickest way to be brought up to speed. 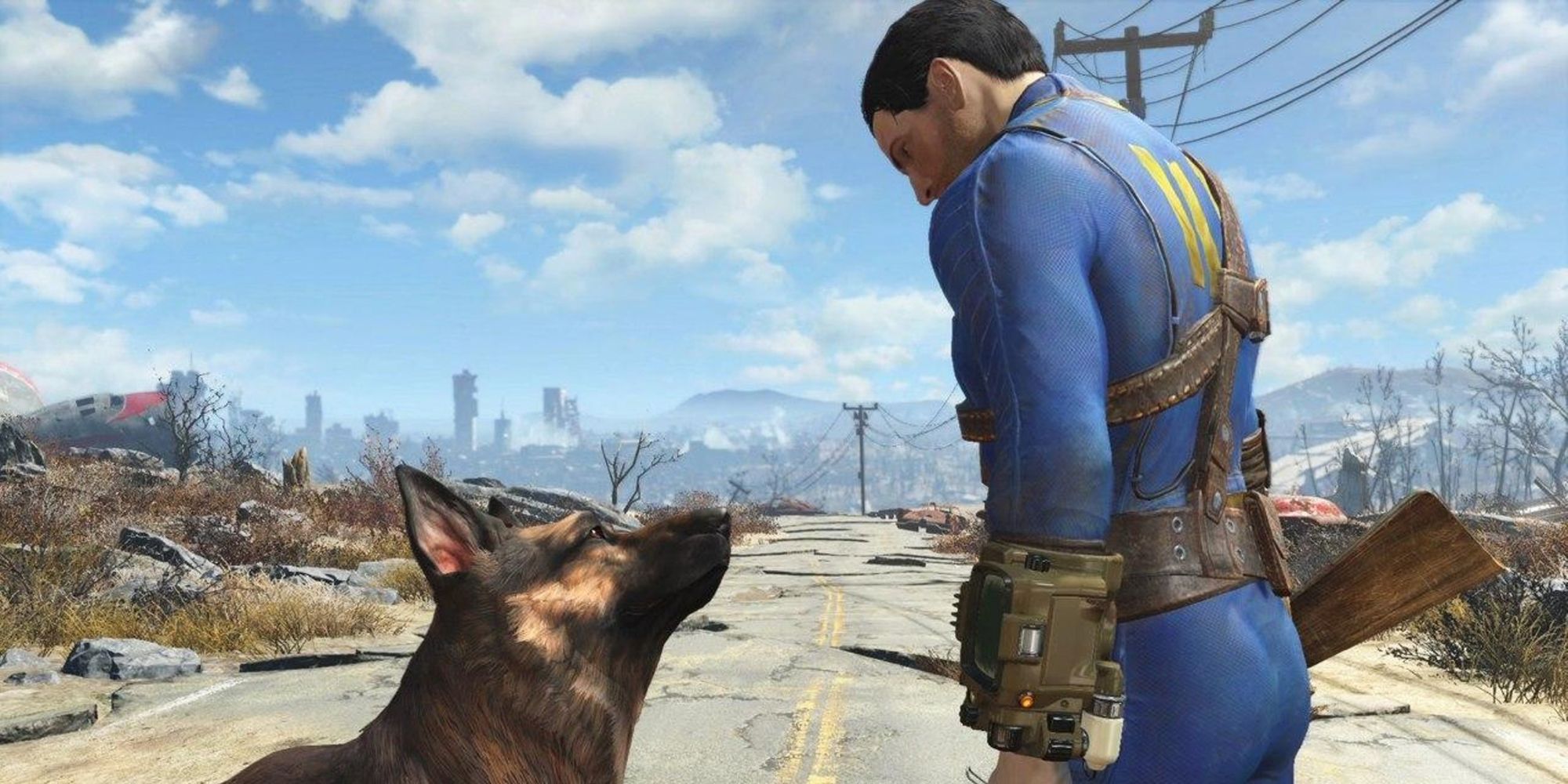 Fallout 4 is by far the most polished game in the series, and it does a lot of things right that other Fallout games struggle with. Its storyline is more compelling than Fallout 3, it fixes its combat to make the game feel more like an FPS (which stops players from relying too heavily on VATS), it makes mods easily accessible, and even allows console owners to mod the game. Its weapon modification system is more versatile, and players can even customize the Power Armor they find around the map.

One of the best parts of Fallout 4 is its base building. It can be a bit wonky to start, but Fallout 4 gives players a reason to build bases outside of a personal place to stow all their items. The bases players build are settlements that can attract other people throughout the wasteland. On top of hundreds of hours of exploration and side quests, players play a vital role in rebuilding civilization. The major locations in Fallout 4 are the best in the series to date, and it introduces concepts independent of other titles that make it a great place to start for players who haven’t played other Fallout titles. 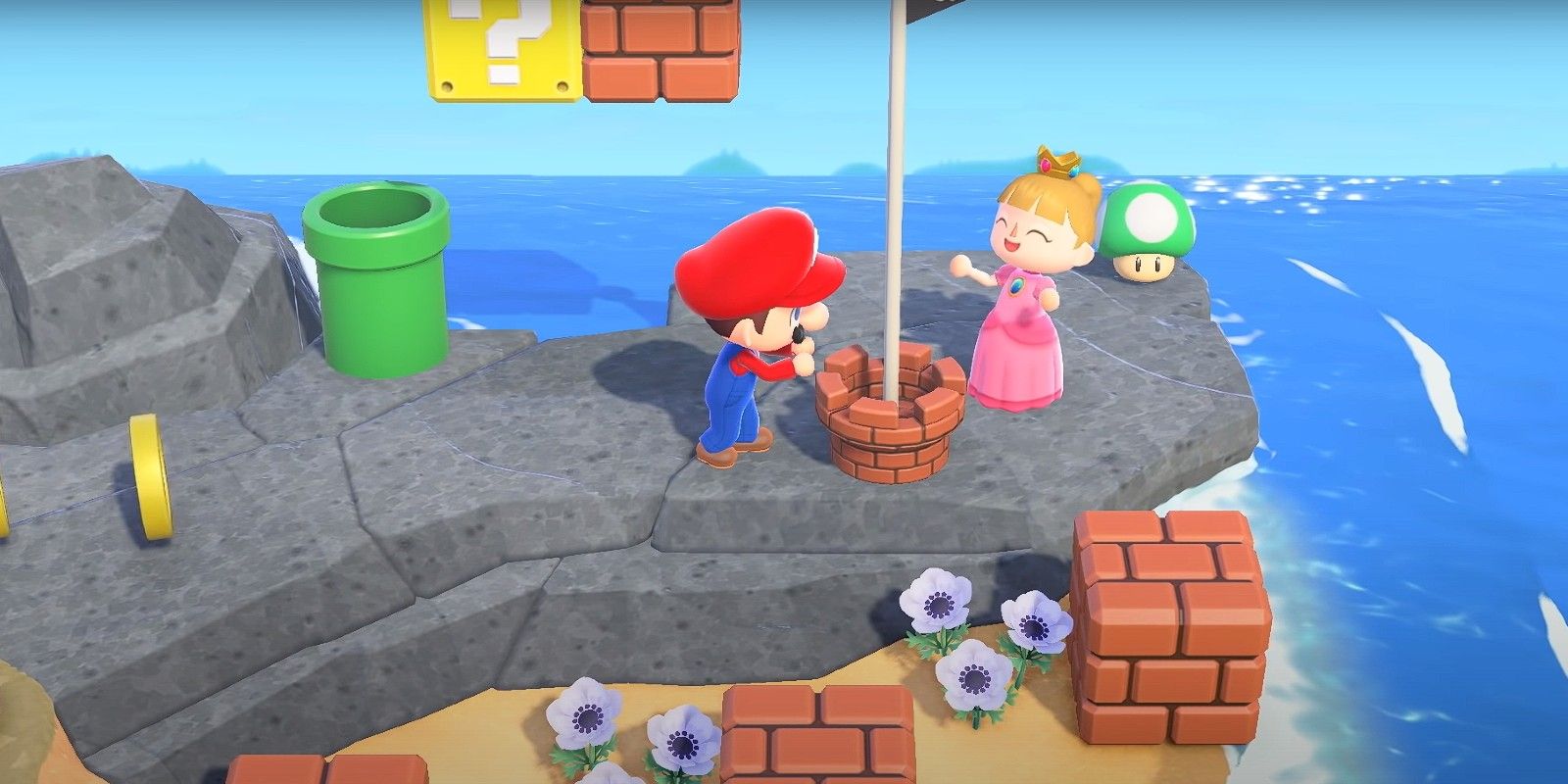 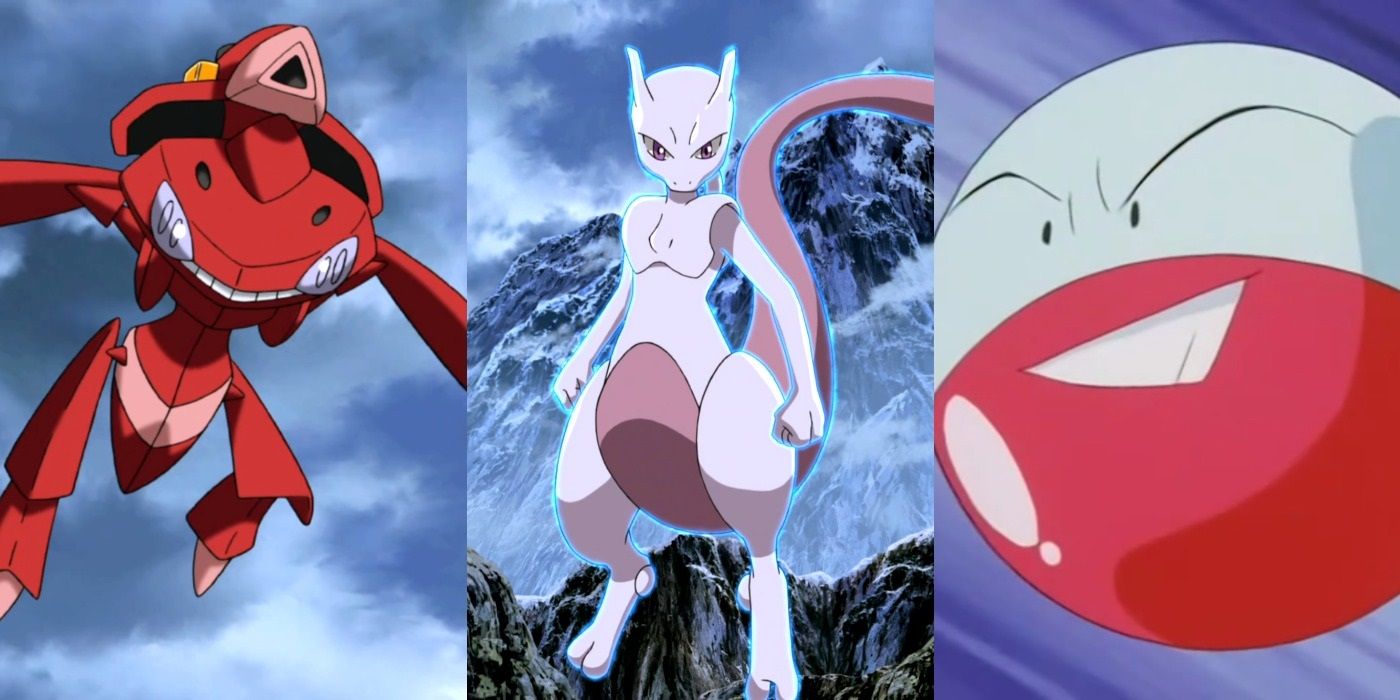 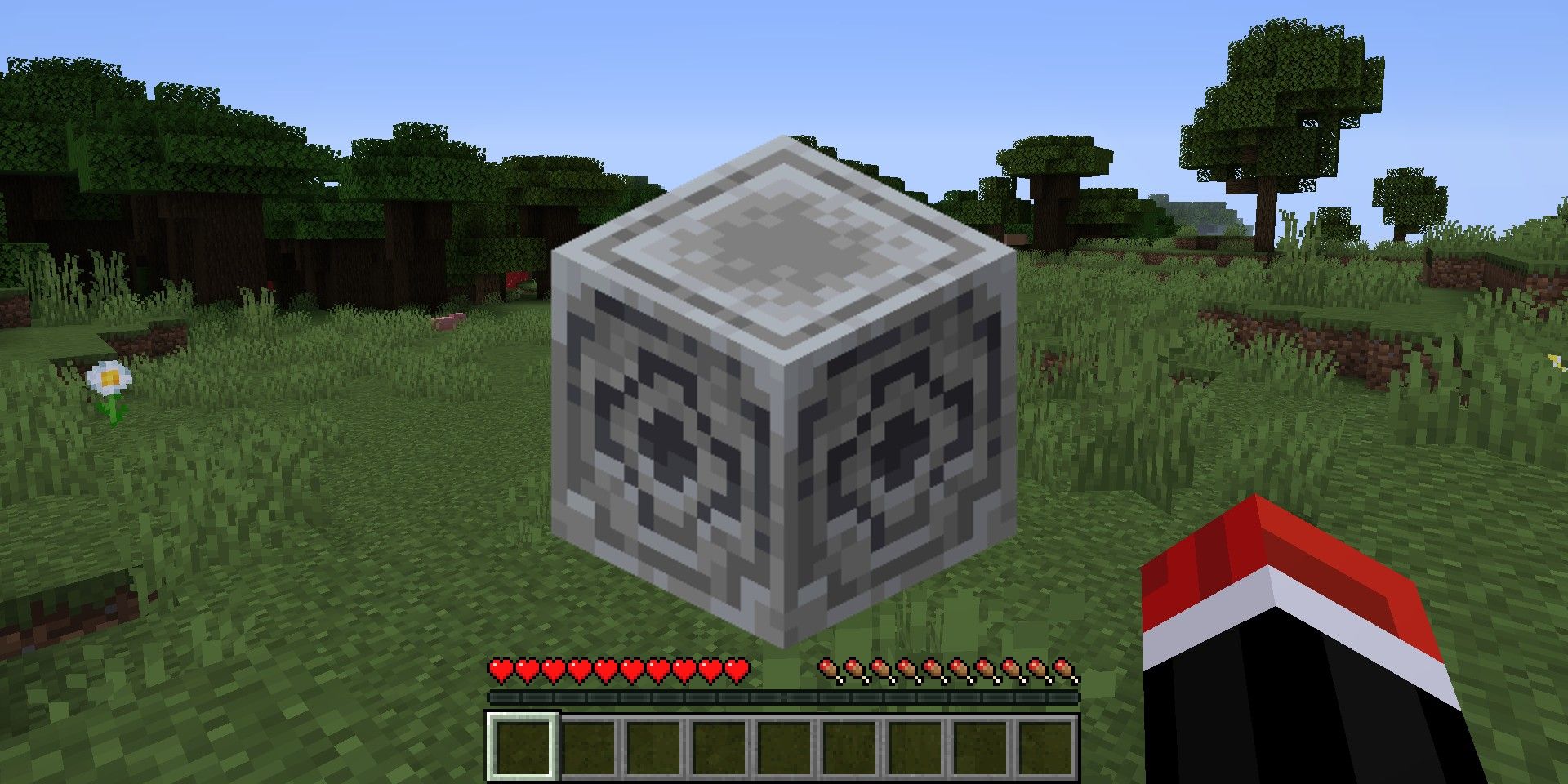 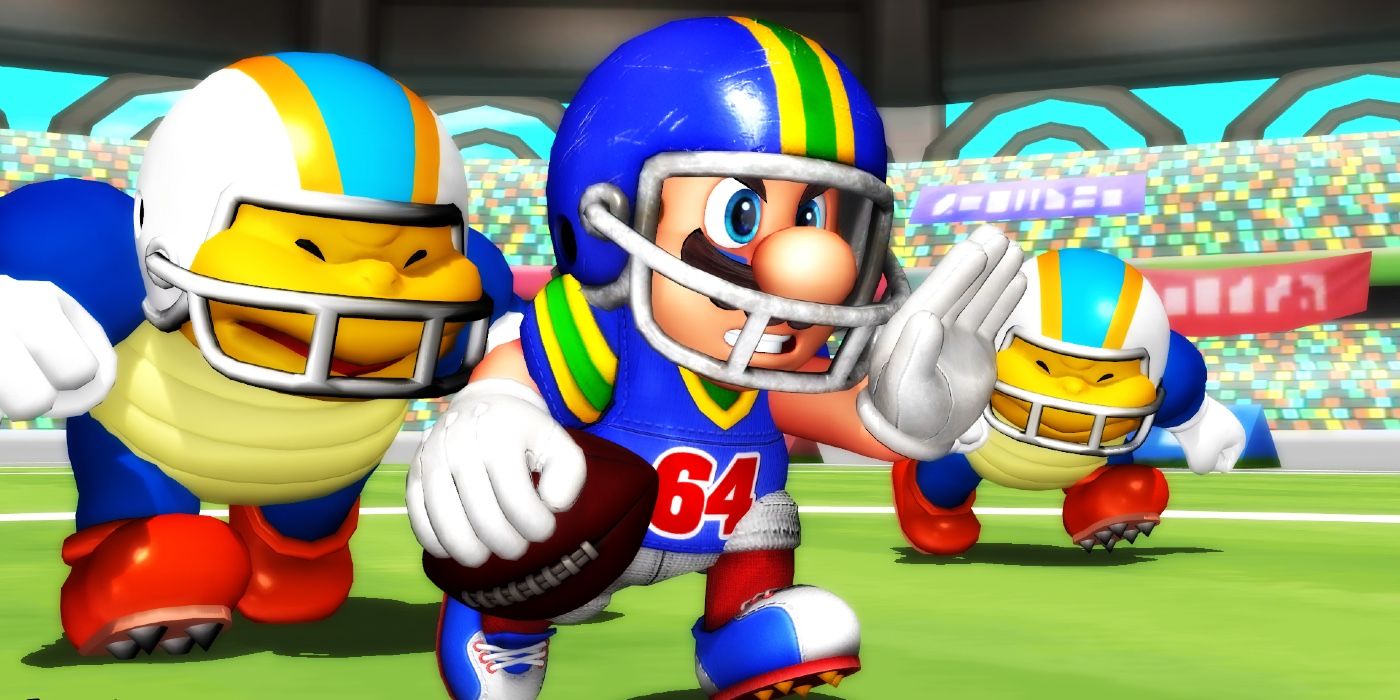 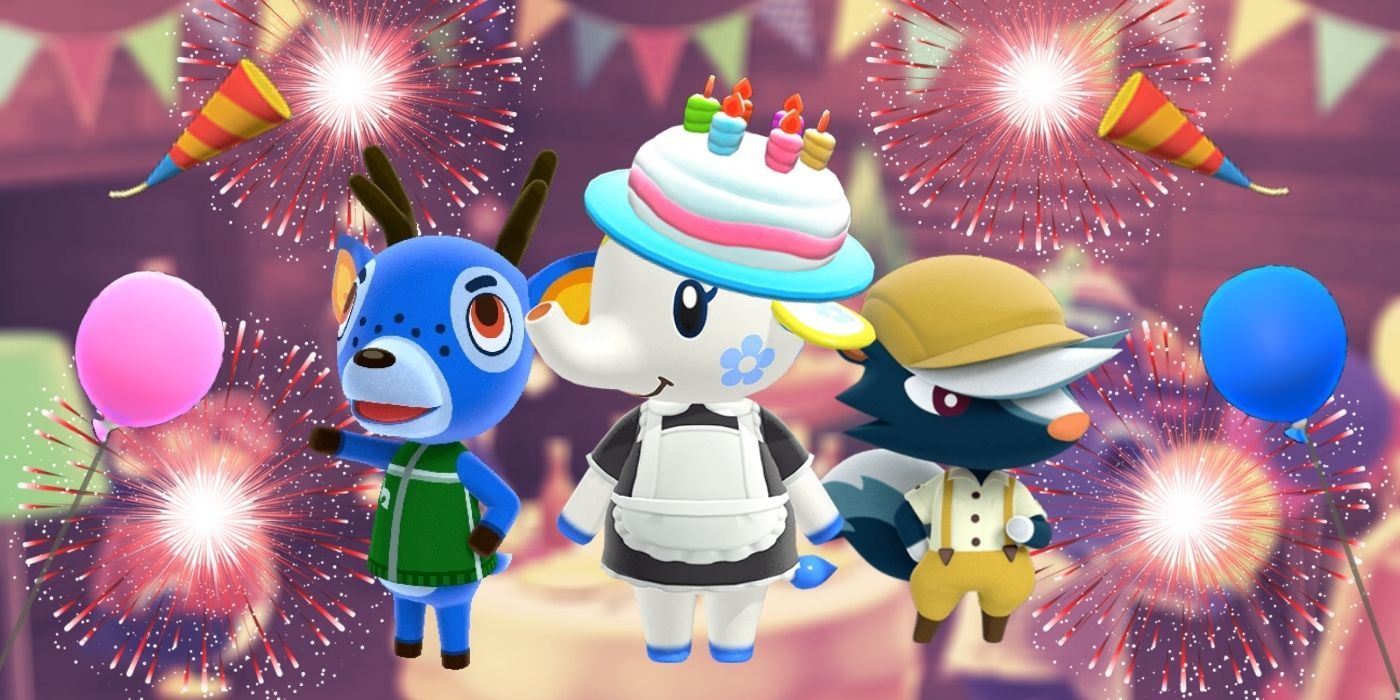 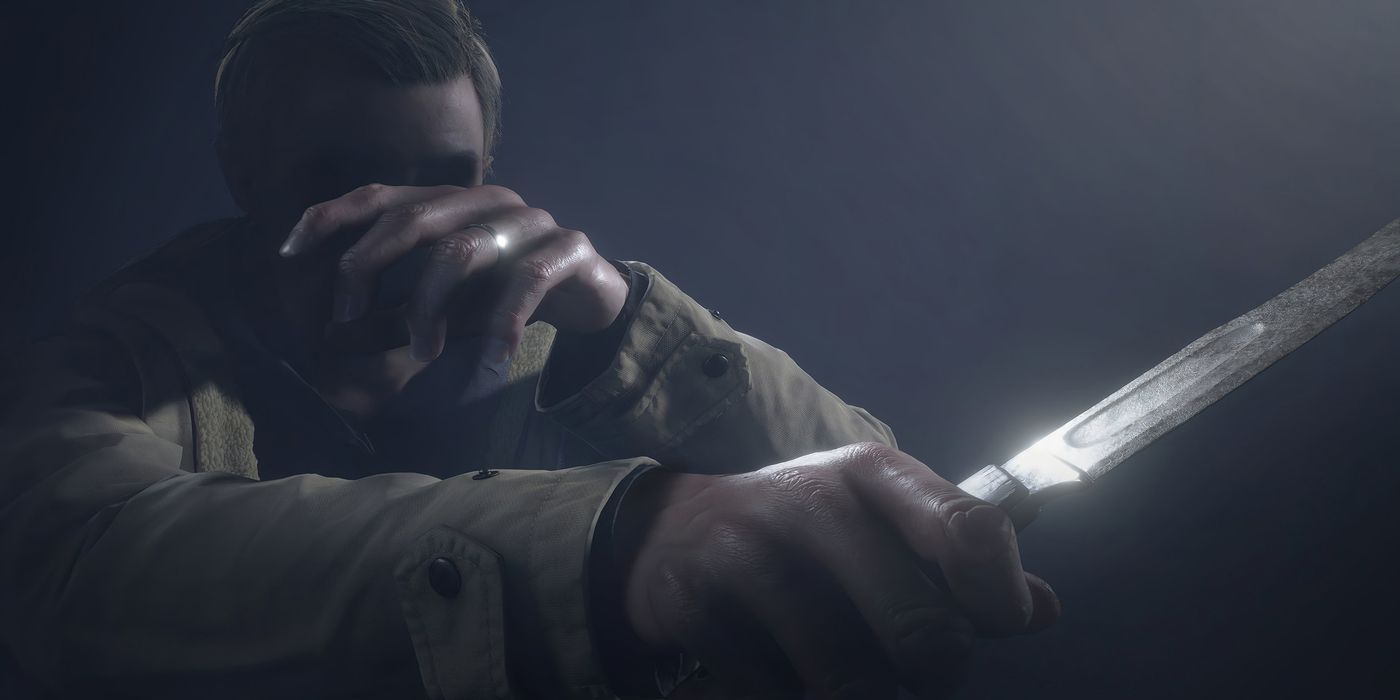 Where will Fallout 5 take place? An established formula and plenty of in-game references seem to point to Chicago as a likely candidate.

Fallout 76 will continue its redemption story into 2021 with four major updates, including the finale of the game’s Brotherhood of Steel questline.

Bethesda Games’ parent company, Zenimax Media, faces a lawsuit that could delay Microsoft’s acquisition of the company and its many assets.

Bethesda’s next update to Fallout 76 will improve the C.A.M.P. system and the S.P.E.C.I.A.L loadouts, allowing for more player versatility.

For Amazon’s Fallout to be successful, the show needs to massively deviate from one of the most beloved aspects of the video game series.