What they found contradicts all previous assumptions made about the mummy’s sex. But as the researchers detail in a new study published Wednesday in the journal PLOS ONE, the analysis also provides unprecedented insight into this ancient Egyptian’s life using an unusual measure — the mud which was packed around their mummified remains by ancient embalmers in preparation for the afterlife. 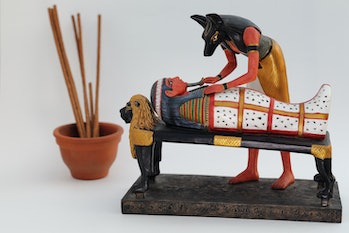 Why it matters — The Australian team show how the mud carapace surrounding this Egyptian was used as both a preservation tool and as an innovative alternative to the resin carapaces found packed round the mummified remains to ancient, royal Egyptians.

Ultimately, the study corrects a long-held and incorrect assumption about this ancient human’s identity, solving one mystery of how they lived and died — but it also opens another, more intriguing enigma up to scientific scrutiny.

Essentially, this mummy appears to have switched coffins after they died. 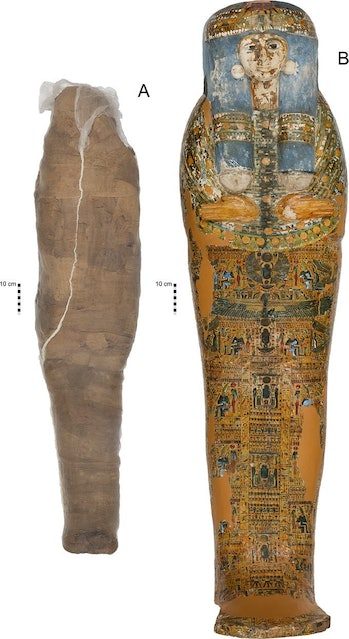 The background — This mummy’s mystery has some twists to it. Seemingly pillaged by 19th-century “collector” Sir Charles Nicholson in 1857, the mummy is an unfortunate, but common, victim of the western taste in stolen, eastern antiquities. As a result, there is little record of its origin — hence why this analysis is so important for recovering these key details. 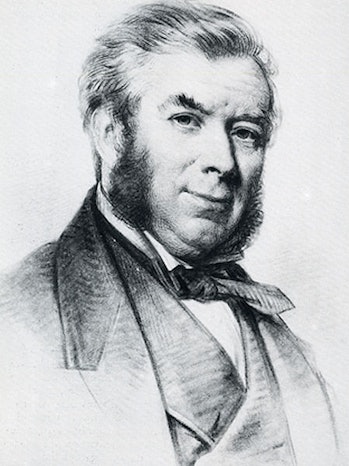 Both the mummy and its coffin were eventually donated by Nicholson to the University of Sydney, Australia, where they have remained since.

Based on an inscription archaeologists found on the coffin, which scientists believed originated in Western Thebes, the body inside was initially identified as a woman named Meruah who lived between 1010-945 BC.

But during the 1990s, genetic analysis of the mummy’s remains suggested it was actually male.

So in December 1999, scientists from the University of Sydney put the mummy under the knife (and X-ray machine) in an attempt to find out the truth. The only problem? They couldn’t do it. 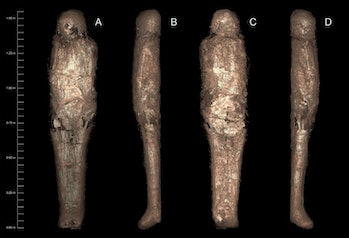 Digging into the details — During that 1999 attempt, the scientists used technology similar to that used during CT scans. Samples of the mummy’s mud carapace were carefully cut and scanned with X-rays.

But here’s the thing: In the 1990s, the technology to cut these samples thin enough to get a good look inside the just did not exist. The researchers had to be very patient in their wait for something better. Thankfully, their fortitude has paid off.

What they did — After almost two decades of waiting, in 2017, the same researcher who conducted the 1999 experiments rescanned the body. But this time, they and their team are armed with new technology — significantly improving the quality of the analysis. They can now see through each individual, linen layer of wrapping to peer at the soft-tissue remains below.

Now, new “lightspeed” CT scans cover 437 millimeters in just one second. And unlike the thick-slice samples of the 90s, the new, thin slices afforded by this scanning technology can be now easily reconstructed in 3D. 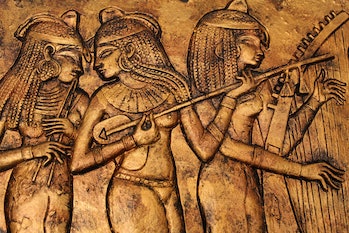 What they found — After all the back and forth on this ancient Egyptian’s gender, the new analysis suggests a definitive answer, one that overturns the DNA analysis.

Rather than look to the mummy’s degraded genetic material, the researchers analyzed its skull and jaw to determine the mummy was likely a young woman, aged between 25 and 36.

Here’s where the new mysteries begin. The mummy’s remains appear to be older than the coffin, so the name inscribed on the coffin, while female, may still belong to an entirely different person than originally presumed. This sort of switcheroo wasn’t uncommon in the chaos of the 19th and 20th-century pillaging sprees.

Ultimately, it provides yet another clue to the mummy’s true origins — as does the composition of the mud it was encased in.

Previous work has found royal mummifies encased in a tough, resin shell. But archaeologists didn’t know whether these traditions were practiced among the lower classes as well.

Aside from its functional purpose of helping maintain the body’s integrity after post-mortem damage, the authors of this study write the mud shell may have been an attempt by the mummy’s loved ones to emulate elite funerary practices. This may be evidence of the ways lower class Egyptians prepared their kin for a seamless journey into the afterlife.

“The mud shell encasing the body of a mummified woman within the textile wrappings is a new addition to our understanding of ancient Egyptian mummification,” write the researchers.

Everyone from seasoned hedge fund managers to Redditors tries to predict which stocks will spike next. According to new research, they’re going about it all wrong.